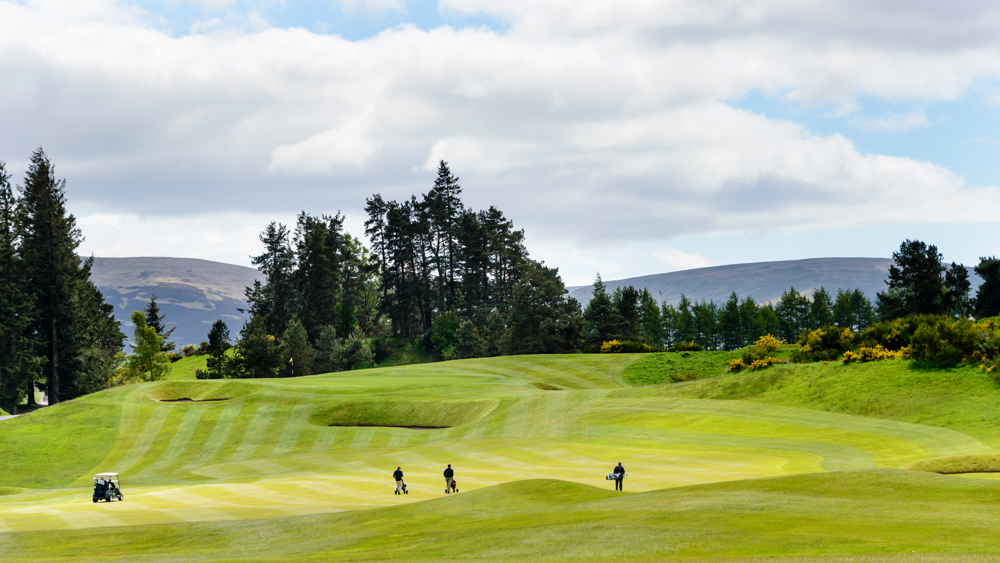 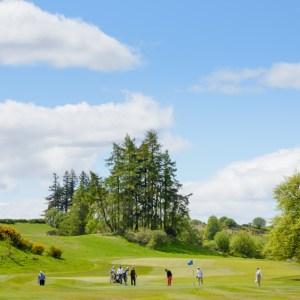 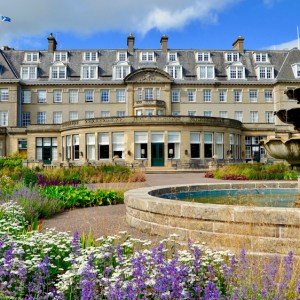 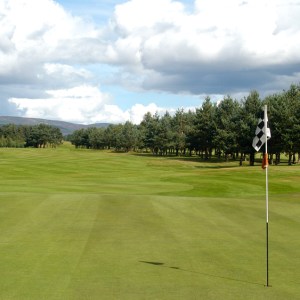 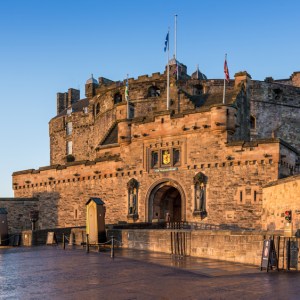 As part of its ongoing series of educational tours, the New Orleans–based National WWII Museum has organized a trip through Europe that includes visits to historic battle fields, memorials, and museums—punctuating the time spent digesting the heavy subject matter with rejuvenating rounds of golf at some of Europe’s top courses. Held from July 17 to 25, the nine-day Heroes & Legends tour begins in the Normandy region of France and ends in the lowlands of Scotland, the birthplace of modern golf.

The party will begin their journey with a four-day stay in coastal Normandy, the site of the pivotal Allied invasion of France. Hotel Château la Chenevière will serve as the group’s home base during their stay in France while they visit Omaha Beach, U.S. paratrooper landing sites, and the Normandy American Cemetery, among other historic sites. The golfers in the group will get to put in a round at the Le Mer course at the Omaha Beach Golf Club—whose sixth green overlooks the cliffs that proved to be such an obstacle to Allied troops on D-Day—and the 9-hole Red and White courses at Golf Barrière in Deauville. Those who do not wish to play golf with be treated to alternate cultural activities, such visiting the oldest wooden church in France.

On the fifth day, the guests will take a private charter flight to Edinburgh, Scotland, where they will visit the National Museum of Flight before checking in at the famous Gleneagles Hotel. The following day, the group can attend the final day of competition at the Open Championship, the oldest of professional golf’s four major events. Over the remainder of the trip, guests will have the opportunity to try their hands at the Edzell Old Course and the iconic King’s Course at Gleneagles, while also learning the story of Sir Robert Watson-Watt, the “father of radar” and visiting Edinburgh Castle and the National War Museum housed within.

Over the course of the nine days, guests will be joined by former pro golfers and historians, who will share their knowledge on both of the trip’s primary subjects. They will also be treated to a full range of unforgettable meals, including a dinner at Gleneagle’s two-star Michelin restaurant, Andrew Fairlie. And for those who still haven’t had enough at the trip’s end, it can be extended to accommodate a trip to the Old Course at St. Andrews to see Tom Watson compete in the Senior Open Championship.

The Heroes & Legends package is priced from $13,000 per person based on double occupancy ($10,000 for those not interested in participating in the golfing components), though guests who book early will receive a discount.