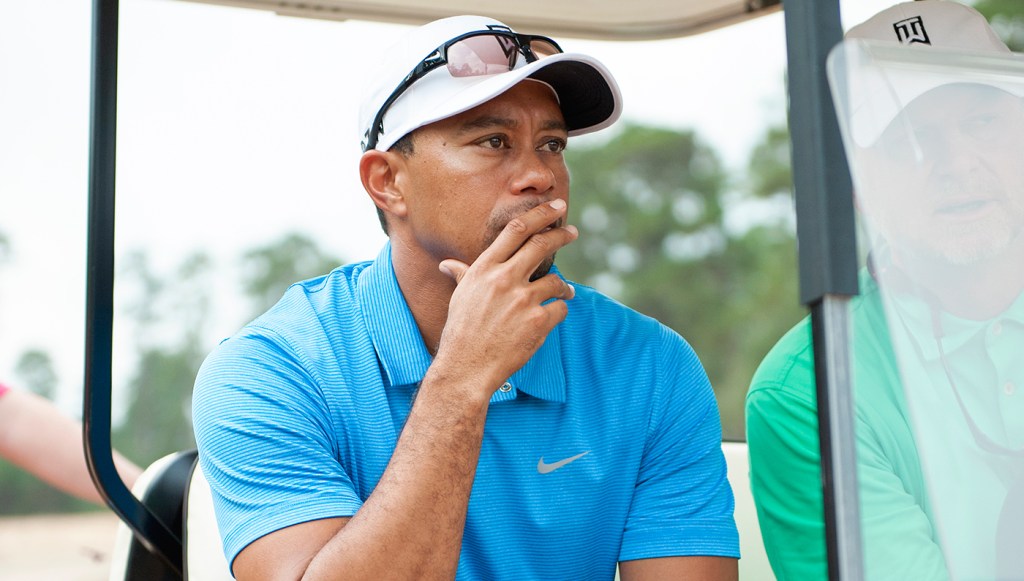 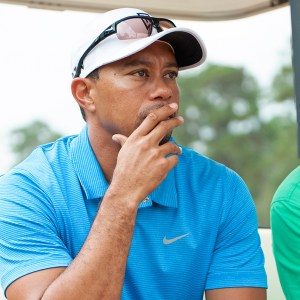 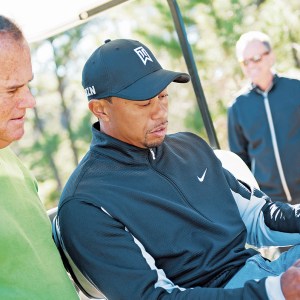 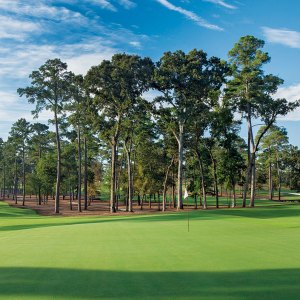 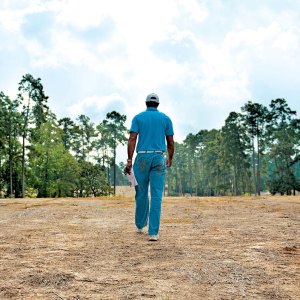 Fresh off his first U.S. course design, the golf superstar sets his sights on the sport’s next generation.

Tiger Woods has been breaking records on the golf course for nearly all of his 40 years. But the 14-time Major champion is a relative newcomer in the world of golf-course design. His first course, El Cardonal at Diamante, opened at a private resort community in Cabo San Lucas, Mexico, at the end of 2014. More recently, this April, he was on hand at the Bluejack National club outside of Houston to unveil his first design in the United States. Following a brief exhibition on the back nine with his friend and fellow PGA Tour star Mark O’Meara, Woods sat down with Robb Report to discuss his nascent career and how golf-course design can preserve the sport’s popularity.

Why did you pick Houston as the setting for your first U.S. course?

There are two reasons that I had to be a part of this project: the land and the people involved. Bluejack does not feel like a typical Houston-area course. The terrain features significant elevation change and is more like something that you’d find in Georgia or the Carolinas. Aside from the land, the team behind Bluejack National—Mike Abbott, Casey Paulson, and Andy Mitchell from Beacon Land Development—has truly delivered a special place.

How does this course compare with El Cardonal?

At first glance, El Cardonal and Bluejack National appear extremely different. El Cardonal is set in a desert environment with spectacular views of the Pacific Ocean. Bluejack National, which plays through towering pines and large oaks, has a very different look. But as people play both courses they will find similarities in the design. The landing areas are wide, neither course has a rough cut, and cross hazards are avoided when possible. We’ve also cleared a lot of the ground cover outside of the turf on both courses, making it easier to find errant shots and advance them back into play. Both are meant to be fun and playable for golfers of all skill levels.

How do you keep the course challenging for low-handicap players?

To score, players will need to hit their approach shots from the preferred angles into the greens, which will force them on their tee shots to challenge bunkers, take risks, and play smart. The firmness of the greens and green surrounds will also add to the difficulty for better players.

Of all the courses you’ve played, which do you look to the most for design inspiration?

My favorite course is the Old Course [at St. Andrews]. I love that there are so many different shots that can be played, especially shots along the ground. It’s a very strategic golf course, and choosing the correct angle of approach is critical if you want to score. While there are definite spots you don’t want to be, generally you can always find your ball and have a chance to recover. What I find so appealing at the Old Course are the same principles that we try to incorporate into our design efforts.

Some players-turned-designers tend to create courses that favor their own strengths as players, even if they are not aware they are doing so. Are there aspects of your designs that reflect your style of play?

I work hard in all of my designs to incorporate a lot of variety. I don’t think players will see my courses as favoring a draw or a fade or a low or high ball. I do think players with creativity and a willingness to hit different types of shots will be rewarded on my courses. Maybe that relates to how I play golf.

Do you have a favorite creative shot that you’ve hit in a tournament?

On the 6th hole during the British Open in 2000 at St. Andrews, I was able to putt from 89 yards out and put it on the green. You can’t do that on any other golf course. That’s the part that I like about playing that style of golf—you have that option to move the ball up in the air or put it on the ground. That’s such a great way of playing golf.

Reports show that golf is less popular with younger generations than it has been in the past. How can that be remedied?

The best thing we can do to capture kids’ interest is make the game less intimidating and more fun for them as beginners. That’s what we’ve tried to do with the Playgrounds at Bluejack, which is a 10-hole, par-3 course. With holes ranging from 30 yards to just over 100 yards, it can be played with anything from a mid-iron to a putter. It’s a great way to introduce players, particularly kids, to the game in a relaxed and fun environment.

We heard you played all 10 holes with a putter.

Yeah, I designed the Playgrounds for anyone to go over there and play 10 holes, or adventure golf, cross-country golf—whatever they want. You can play your wedges, but I want you to be able to roll the ball on the ground, like I did at St. Andrews from 89 yards out. That’s what we wanted to do there, to capture that ability to be able to putt all the way around or wedge it all day. The whole idea is to be creative.

How is golf different for young players today than it was when you were growing up?

What can you do as a course designer to minimize those distractions?

How we can keep kids’ minds engaged the entire time is by making golf fun. If it’s not fun—if it’s too penal and they’re not able to be kids out here—then they’re not going to want to play. I play with [my son] Charlie at home, and he likes it when we play fast. And the best way to do that is to not lose golf balls.

That’s something amateurs of any age can appreciate.

What I’ve learned over the years playing in pro-ams and with friends is that most golfers aren’t very good—and that playing a course where they’re going to lose a dozen balls isn’t fun. The best compliment that I can receive from a golfer of any skill level after playing one of my courses is that they want to play it again.