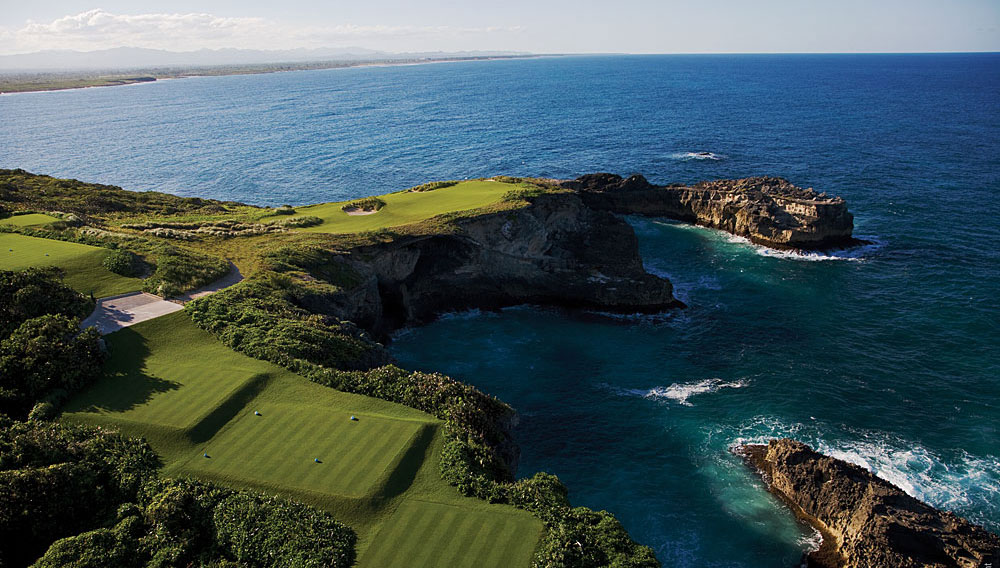 Translated from the Dominican Republic’s native Taino language, roco ki means “honoring the land.” British golfer and course designer Nick Faldo stayed true to this concept when building his new Faldo Legacy Course at Roco Ki (809.688.9898, www.rocoki.com). Set high above the Atlantic on the Dominican Republic’s east coast, the Legacy Course is part of the 2,500-acre Roco Ki resort development, which will eventually include hotels from the Westin and Fairmont groups. The course, which opened in December, showcases three diverse environments, playing through mangrove forests and sandy plains and along dramatic headlands. Faldo refers to the 15th green at Roco Ki as his Harry Potter hole, because it burrows through the gnarly mangroves. But the most magical spots on the course are the two closing holes: a par-3 with a green set on a small peninsula, and a par-5 that plays along the cliff’s edge.