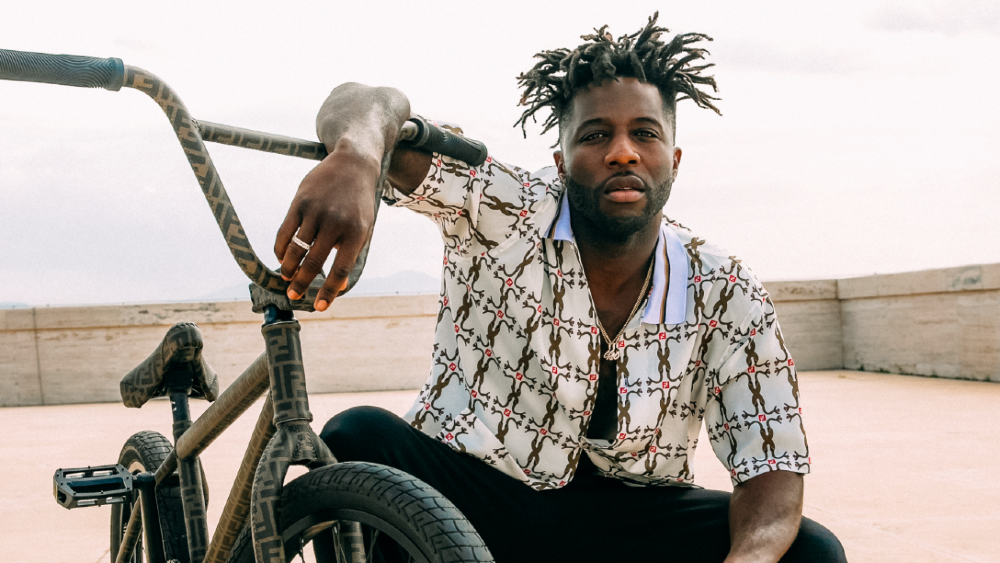 BMX star Nigel Sylvester has found a new way to express his style while riding his bike in the street.

The Queens, New York native, star of the popular travel and lifestyle web series, “GO,” teamed up with Fendi to design the Italian luxury fashion house’s first ever official BMX bike. Sylvester’s bike frame, handle bars, front fork and seat are all covered in the brand’s iconic Double F Zucca print leather, which was designed by Fendi’s longtime creative director, the late Karl Lagerfeld, in 1965. No stranger to collaborating with the fashion world, Sylvester said he designed the bike to “merge the worlds of high-fashion and sport.”

And the BMX pro wasn’t done there. He also flew to Rome to film a video of himself riding his one-of-kind bike around and on the roof of the Palazzo della Civiltà Italiana, the regal building that has served as Fendi’s headquarters since 2015. “Riding his bike in the Freakiest way,” according to the brand, Sylvester can be seen sporting a couple looks from its spring 2019 collection while pulling off some slick tricks, including a slew of 360°s, half cabs and jumps, on a beautiful sunny day.

While luxury fashion and BMX may seem like strange bedfellows, this is far from the first time the industry has shown an interest in athletics. Notably, the last few years have seen the release of a Ralph Lauren surfboard, skis from Chanel and, perhaps most ludicrous of all, Louis Vuitton’s $175,000 punching bag.

This isn’t even the first time a brand has dabbled in the world of extreme sports, specifically BMX. Earlier this week, Dior and French bicycle maker Bogarde announced they had teamed up to design a striking, limited-edition white and chrome number, their second such collaboration. While there aren’t currently plans for Fendi to sell the bike it designed with Sylvester, the Dior x Bogarde collaborations have gone for anywhere between $3,200 to $4,700.