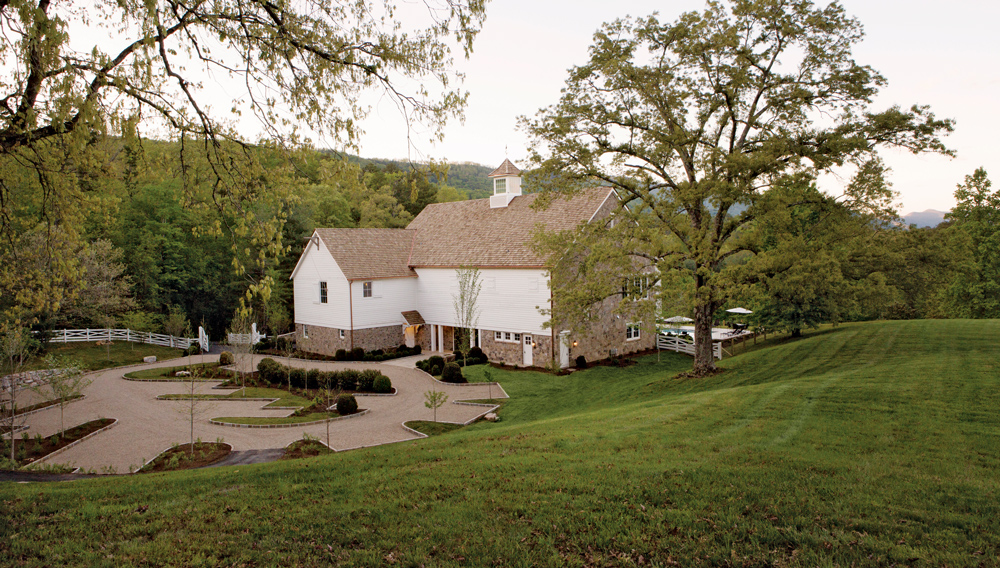 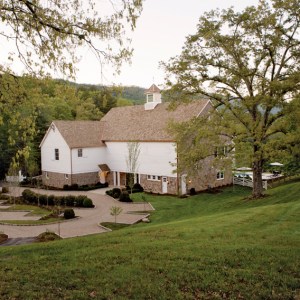 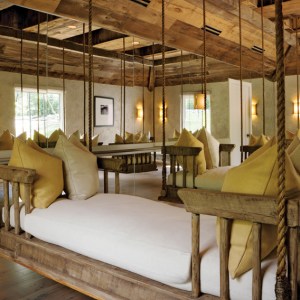 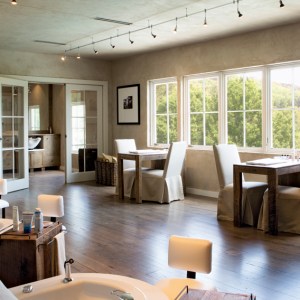 An early-morning fog settles over the Great Smoky Mountains as the residents of eastern Tennessee’s Blackberry Farm begin their daily routine. Horses graze in the golden fields, pigs snack on pumpkins and gourds, and trout splash along in their migration up Hesse Creek. I have joined Penny, a health coach at the resort’s new Wellhouse spa, for a three-mile sunrise hike, crossing streams and climbing hills to the soundtrack of crunching leaves and whistling birds. Log bridges link leafy forest to leafy forest until we emerge onto a mountaintop platform set with yoga mats. Lying down for a woodsy meditation session, we inhale the crisp mountain air and stretch as the fog slowly lifts.

Set amid 4,200 acres of rolling foothills, Blackberry Farm has long been known for its Southern hospitality and its exceptional—and indulgent—Southern cuisine. Last June, the 68-room Relais & Châteaux resort introduced a healthy complement to its culinary programs with the debut of the Wellhouse, a 12,663-square-foot wellness facility that offers fitness and health programs paired with spa treatments and other healing therapies.

Though it resembles a 19th-century schoolhouse—with white clapboard and stone walls and reclaimed wood floors—the Wellhouse is a state-of-the-art retreat, featuring nine treatment rooms, three fitness studios, a swimming pool, a juice bar, and a lounge with views of the farm and rolling pastures. An extensive 44-page menu focuses on experiences both localized and specialized, from seasonal treatments that incorporate homegrown lavender, pumpkin, and honey to men’s options that include sports therapies and deep-tissue massage.

As Penny and I return from our trek in the mountains, she points out bars and stumps camouflaged into the landscape that are used in the resort’s Appalachian version of CrossFit classes. Back at the Wellhouse, I am greeted with a shot of Fire Cider—a surprisingly tasty mix of apple cider vinegar and spices that I am told will boost my immune system—before settling in for a Smoky Mountain Skin Glow therapy. The 60-minute scrub uses a blend of citrus and pomegranate seeds with essential oils, leaving my skin silky and rejuvenated. Thoroughly calmed, I tuck into the spa’s Tranquility Room, where hanging meditation beds topped with plush pillows swing from the ceiling. I close my eyes, intent on meditating for only a moment before drifting off to sleep.