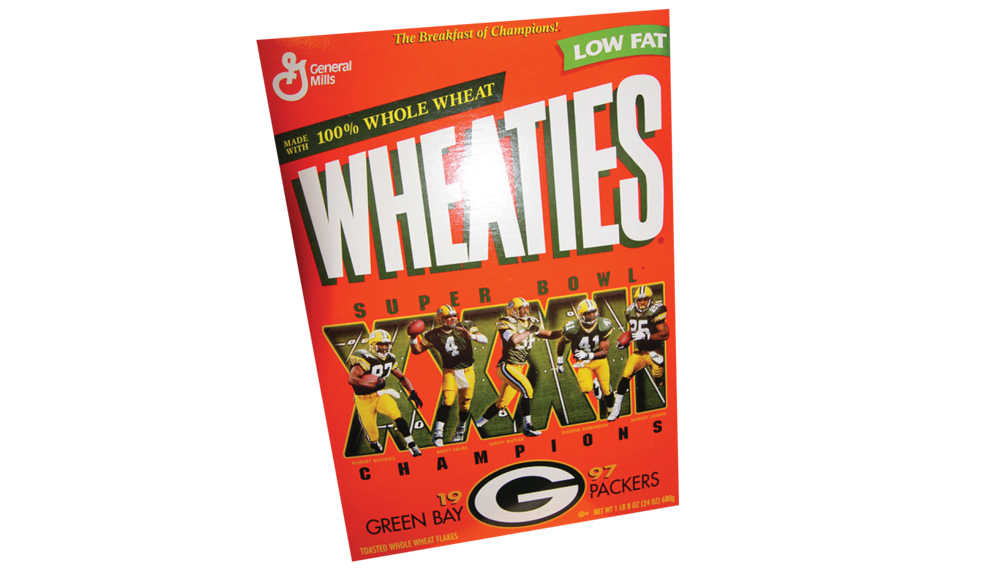 Collector Glen Christensen has just one item from Super Bowl XXXII, the only one the Packers lost. But it is most unusual: a Wheaties box that congratulates the Packers for winning. Apparently General Mills made boxes in advance congratulating each team for winning, and the wrong one was supposed to never leave the warehouse. Christensen bought it from someone who works for the cereal maker.

Referee Gary Lane worked Super Bowls XXIII and XXXIII. In 2012, Heritage sold both of his uniforms and the ring he received for Super Bowl XXXIII for $5,676. Referee items in general sell well. For example, a referee’s ring from Super Bowl XXV fetched $3,266 in 2006.

Four commemorative coins flipped to determine who gets the ball to start the game have been sold at auction. They ranged in price from the Super Bowl XLVI coin (when the Giants defeated the Patriots in a clutch performance) that fetched $10,925 in 2013 to the coin from Super Bowl XLVII (Ravens over 49ers) that sold for $2,504 in 2014.

Before Super Bowl XLVIII, the Fox Sports network asked players to write their Super Bowl promises on a chalkboard by finishing a sentence that started with, “I will.” Seahawks quarterback Russell Wilson wrote, “Play the best 60 minutes of my life!” and signed it. The chalkboard—35 feet long—was auctioned by SCP Auctions last August for $6,076.