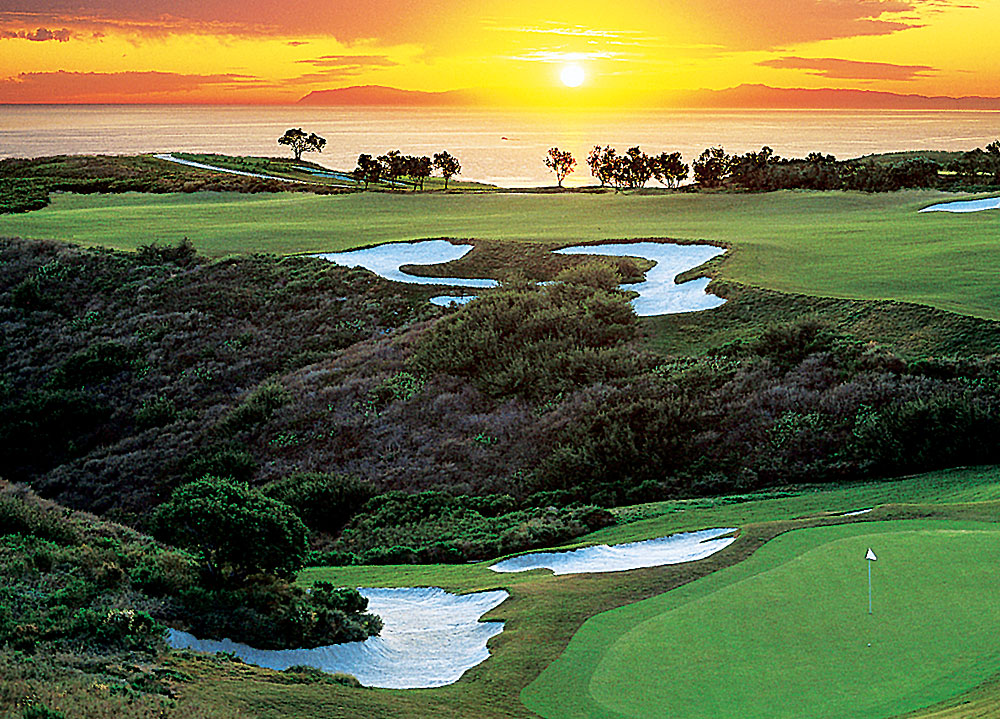 The two courses at the Pelican Hill Golf Club (www.pelicanhill.com) in Newport Coast, Calif., reopened in November after a two-year renovation by original designer Tom Fazio. Aside from their broader ocean vistas and 25 new bunkers, the courses resemble their previous iterations. But the changes at Pelican Hill extend beyond its fairways: By this fall, the courses will form part of the new, 332-room Resort at Pelican Hill. Seventy miles southeast of Pelican Hill, another Fazio course, the Grand Golf Club, has become the centerpiece of the Grand Del Mar resort (www.thegranddelmar.com). Opened in October, the 249-room property features four swimming pools, a spa, and the Fazio club, which is open only to members and resort guests. Pete Dye’s Mountain and Dunes courses at La Quinta Resort (www.laquintaresort.com) in La Quinta, Calif., are undergoing a three-year renovation overseen by the master and his son, Perry. The city’s Dye-designed Citrus and PGA West Stadium courses also are part of the project. One of the project’s objectives is to make the courses more user-friendly (the Stadium Course was viewed widely as the world’s most challenging layout when it premiered in 1986), but Perry Dye promises that even after its face-lift, the Stadium will continue to leave many players licking their wounds.