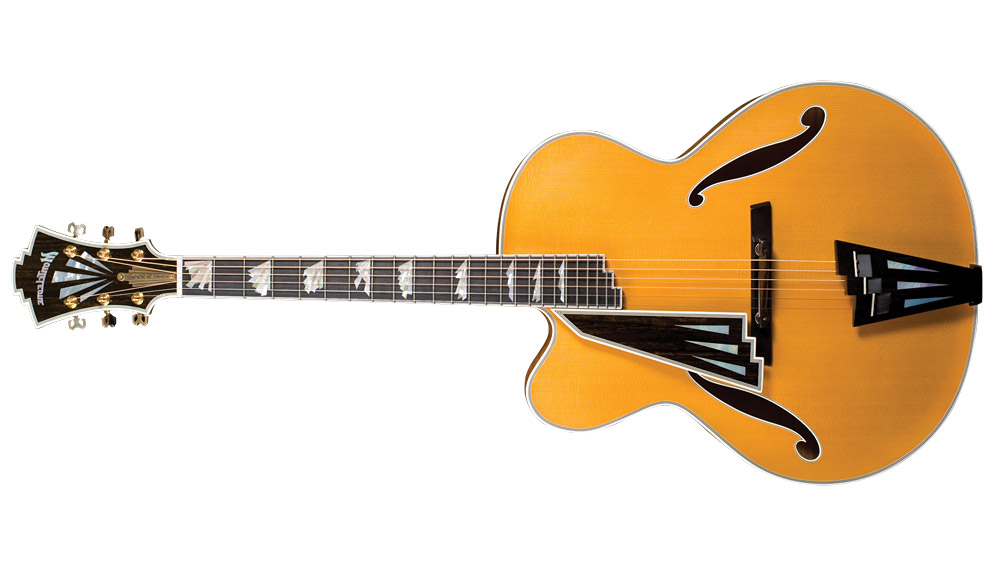 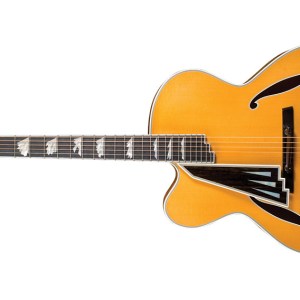 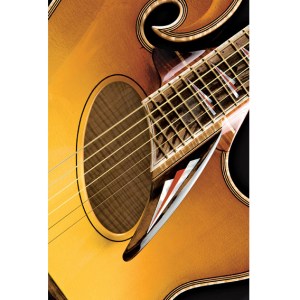 An archtop instrument made by John Monteleone makes anyone a guitar hero.

To listen to music from one of John Monteleone’s archtop guitars is to hear tones as pure as they can be played. Their dulcet sound is partially a product of the raw materials and of the convex shape of the top. “It captures a note and puts it into an envelope of its own, so it doesn’t get lost,” says Monteleone. “My goal is to capture it as completely as possible, so you can keep it as long as possible. To build that into an instrument requires a sensitivity to the materials. We’re just after a lush, beautiful tone; that’s what gets built into the instrument first and foremost.”

Accomplishing that feat starts with the wood. Monteleone, who has built remarkable guitars and mandolins for 40 years, carefully analyzes each piece. “Spruce for the tops and soundboards, curly maple for the back and neck: these are the ingredients I cook with,” he says. “The luthier’s job is to read the materials with a goal in mind musically. Every step along the way is a judgment call, and each depends on the other.” Monteleone also encourages his customers to visit his Long Island, N.Y., studio, where they can take part in the process—helping with material selection and suggesting any design elements that they would like to incorporate.

Lately, Monteleone has embarked on thematic journeys with his guitars’ aesthetics, which has elevated the pieces beyond simple musical instruments. With his “Four Seasons” quartet of instruments, for example, Monteleone adorned the interiors with artwork that can be seen only through sound holes in the instruments’ sides. The “winter” guitar features a drawing of a diamond-eyed Old Man Winter standing beneath a night sky strewn with 50 additional diamonds, while “spring” is accented by a scene inlaid with shells.

Another inspiration came from reminiscing with other guitar players, who, as Monteleone learned, all grew up with model train sets. Knowing that trains were a primary means of transportation for musicians in the early 20th century (when archtops first came into being during the jazz age)—and because so many songs have been written on and about trains—Monteleone couldn’t ignore the idea. “The commonality was too good to be true,” he says, adding that his train series includes tributes to the 20th Century Limited, the Flying Scotsman, and the Orange Blossom Special.

Well-known musicians and composers, like Mark Knopfler and David Grisman, are among those who own a Monteleone archtop guitar, but the luthier also takes commissions from many collectors who are competent players. In his opinion, such a client “is no less a musician than a professional.”

Because he often has to craft his own templates and tools, Monteleone’s more elaborate works can take up to nine months to make, and prices range from $39,000 to $150,000. While you needn’t be a professional to acquire a Monteleone instrument, you do need patience. Currently there is a three-year wait, but he does open the list from time to time to take a new order.