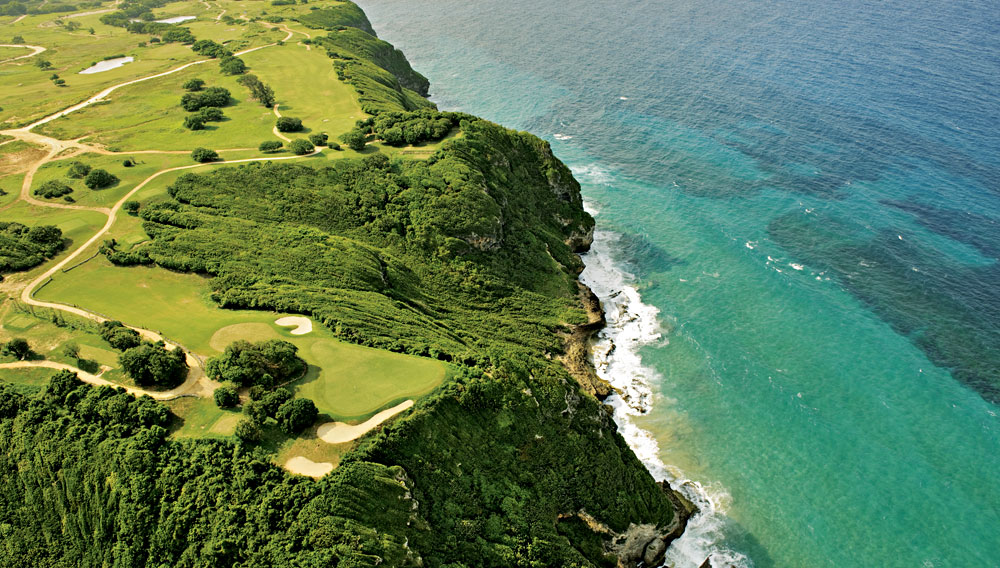 In the 1960s, the Pasarell name meant tennis: Brothers Charlie and Stanley Pasarell dominated the game at the junior and college levels before going on to successful professional careers. (Charlie was America’s top singles player in 1967.) Now in their 60s, the Pasarells have traded passing shots for pitch shots in their homeland of Puerto Rico, where the pair has built an overhead smash of a golf course.

Royal Isabela, part of a new 426-acre resort community of the same name in Puerto Rico’s northwest corner, is one of the most spectacular golf courses to open in years. Blessed with a cliff-top site that rises 200 feet above prime surfing beaches on the Atlantic coast, the Pasarells—aided by golf architect David Pfaff, a former Pete Dye associate—let the land dictate their design, routing holes naturally around trees, rocks, and all manner of indigenous growth. “It’s an unbelievable piece of land,” says Charlie. “We spent years walking the property until we uncovered a golf course. It was sitting here; we didn’t move much.”

During the 20 years it took them to acquire the land and permits, the Pasarells, who are both low-handicap golfers, played and studied courses around the world, especially in Britain. Royal Isabela’s rolling terrain and brisk breezes—and its receptiveness to shots played both in the air and along the ground—prove a degree of fealty to the old masters, but in the brothers’ own style. “It’s not an attempt to copy another course,” says Stanley, who lives on-site and is the more hands-on designer of the two.

In building Royal Isabela, both Pasarells were clearly focused on fun. Entertaining features include an island green, a double green, gaping chasms, and multiple tees. (The par-3 17th hole has 11 tee boxes.) For what is now the sixth hole, Charlie envisioned a straight par 4, while Stanley saw it as a dogleg par 5. They eventually built it as both—whoever has honors picks the path.

Having completed the course, the Pasarells are now focused on additional amenities at Royal Isabela. Debuting in October is a hotel that will include 20 guest casitas ($1,500 per night in high season), a fitness center, a restaurant, and, of course, tennis courts. The property’s real estate options range from 28 one- to two-acre homesites (from $2 million) to 50 3,300-square-foot fairway villas (from $1 million).

Royal Isabela is the first community in the Pasarells’ larger Costa Isabela development. Future plans call for additional homes and hotels, as well as golf courses that, the brothers say, will stretch from cliff to beach and forest to canyon.