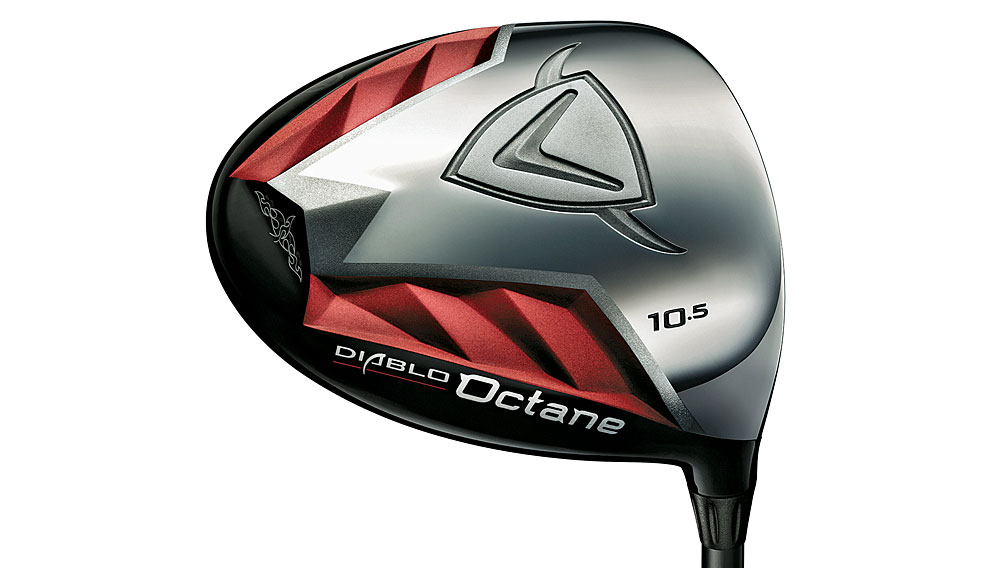 Golfers and car enthusiasts share at least one passion: a love of long drives. Now, two of the highest-powered names in the golf and automotive worlds have joined forces to invent a material that produces benefits both on the golf course and the racecourse. Traveling back and forth between Carlsbad, Calif., and Bologna, Italy, representatives from Callaway and Automobili Lamborghini worked together to create Forged Composite, a material made of millions of tiny carbon fibers that the companies debuted at last October’s Paris Motor Show.

Forged Composite made its production debut in Cal­laway’s new Diablo Octane driver, which the club maker released in November. The super-strong, lightweight, shiny black substance replaces titanium in the crown of the clubhead, reducing weight by precious grams that are then redistributed for more power and forgiveness in the club. According to Callaway, drives are on average 8 yards longer than they are with the company’s previous long-drive champion, the Diablo Edge.

Lamborghini is currently testing Forged Composite in the chassis of its Sesto Elemento concept supercar. Maurizio Reggiani, the manufacturer’s director of research and development, says the material will help cut weight by hundreds of kilograms while reducing production time and labor. “Power-to-weight ratio is key,” says Reggiani. “It’s about saving weight but not sacrificing strength.”

Reggiani believes that Forged Composite might eventually replace metal in the suspension of Lamborghinis and perhaps someday be a visible part of the cars’ bodies. Alan Hocknell, Callaway’s senior vice president of research and development, sees a similar evolution in the company’s clubs. “This is just the beginning,” he says of Forged Composite’s use in the crowns. “We want to do more to the surface, with the weight, even to the sound, which is important in cars and golf.”

For Hocknell, the parallels between automobiles and golf clubs demonstrate why Callaway and Lamborghini’s partnership makes perfect sense. “Both items are machinery with humans at the center,” he says. “Both are about power and precision. Both are about feel. Both are about vehicle performance.”

While performance has its price—Lamborghinis begin around $200,000—the Diablo Octane retails at $299, as does the slightly smaller Tour version (with a slightly open face and full hosel). Both drivers come with a longer-than-standard Project X shaft, the extra length permissible thanks to the head’s reworked weighting. Matching Octane fairway woods are $199 apiece.