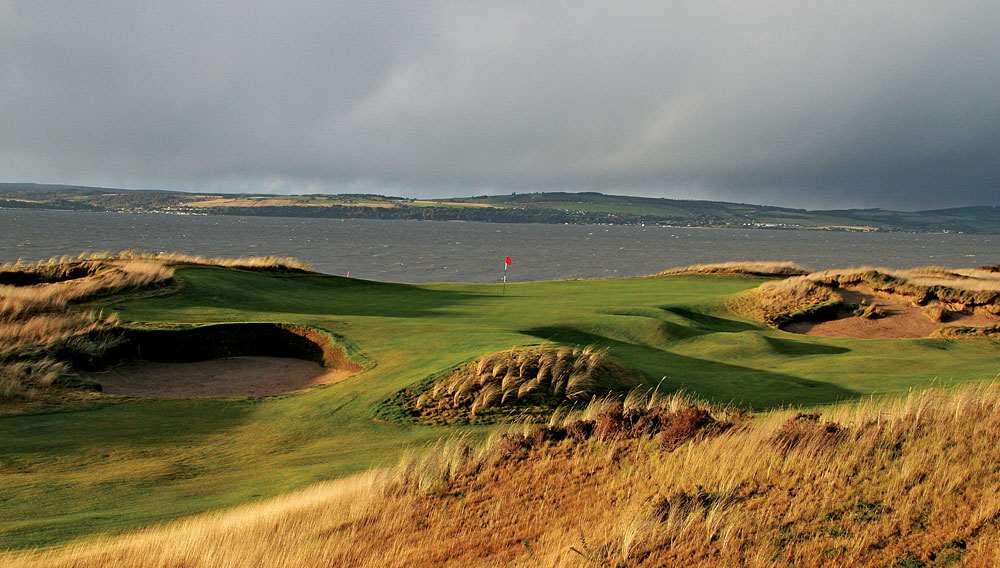 Considering scotland’s abundance of storied links, it would seem ludicrous to label a new golf course as “the best in Scotland.” And yet Scottish golf-course architect Graeme Webster used that exact phrase to describe Castle Stuart Golf Links following the course’s debut during the British Open week last July. Another observer predicted, “A round [at Castle Stuart] will be as coveted as a round on the Old Course.”

Such talk is certain to drive purists—who would likely list Muirfield, Carnoustie, Turnberry Resort’s Ailsa Course, Royal Dornoch, and the Old Course as more worthy candidates for the best-in-Scotland billing—straight to their bottles of single malt. And yet the early praise for Castle Stuart Golf Links has merit.

Situated just outside Inverness in the Scottish Highlands, not far from Royal Dornoch, Brora, Nairn, and other gems, Castle Stuart plays through a stretch of former farmland adjacent to Moray Firth. Developer Mark Parsinen and architect Gil Hanse, who teamed on the course’s design, oversaw the transformation of the site into an instant classic.

“I’m flattered to be put in the same company as the Old Course,” says Parsinen, a former Silicon Valley entrepreneur who also developed Kingsbarns Golf Links near St. Andrews, which opened in 2000. “I’ve been a devotee of the Old Course for more than 30 years, and we tried to incorporate a number of the underlying principles of playing the Old into what we did at Castle Stuart.”

However, where the Old Course occupies a flat site, Castle Stuart undulates over rugged topography that provides visual delights from every hole. The course’s first three holes are flanked on the right by water from tee to green, and offer views across the firth to Kessock Bridge, Black Isle, and the Chanonry Lighthouse. The course turns inland at the par-3 fourth hole, where the majestic namesake castle (circa 1625) rises behind the green, the white-and-baby-blue Scottish flag waving from a high turret. Mirroring the opening trio, holes 10, 11, and 12 also play alongside Moray Firth, this time on the left.

Large landing areas and greens throughout the Castle Stuart course help offset the area’s turbulent weather. Firm, rumpled fairways run through hollows and over bumps and swales, offering multiple options for playing your ball along the ground—one of the true joys of links golf.

Indeed, Castle Stuart is a joy to play from start to finish. But the best course in Scotland? Parsinen—who plans to open a hotel, spa, residences, and a second course at Castle Stuart—is not biting. “We don’t think in competitive terms versus other courses,” he says. “My dream is to warrant consideration as a [British] Open Championship venue. That would be the ultimate.”