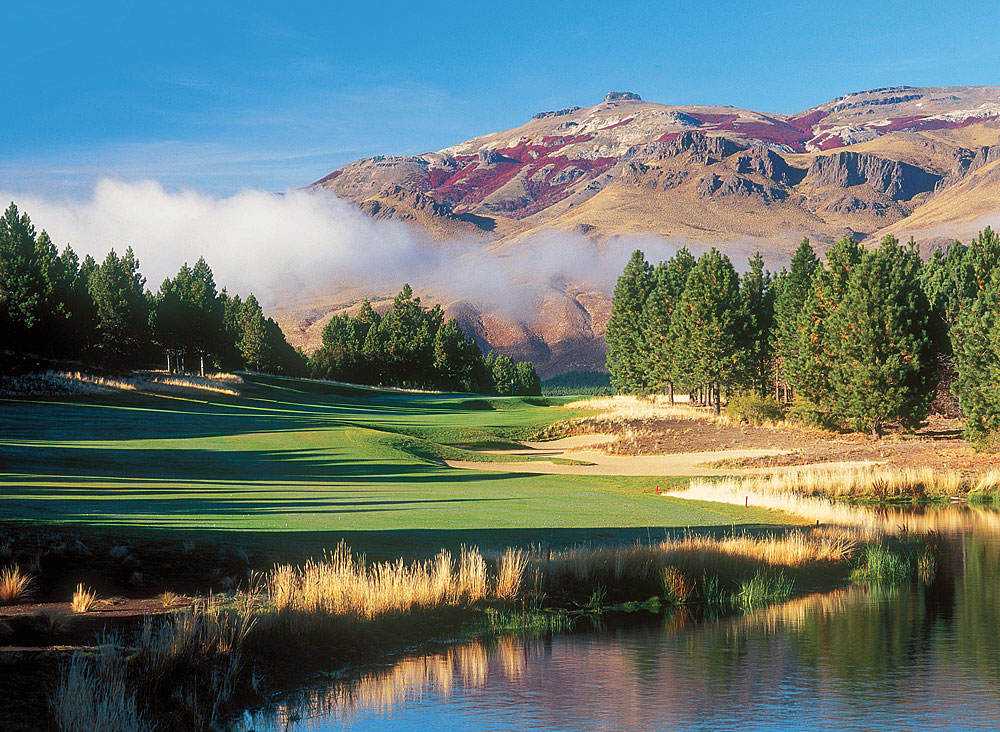 The remote location of his Argentine cattle ranch—some 1,000 miles from Buenos Aires—did not dissuade Jorge Taylor from converting a portion of Estancia Chapelco into a golf resort and community. Nor did it matter that he never had picked up a club, or that Argentina’s golf course designers had displayed a dearth of innovative ideas.

Instead, the 57-year-old Taylor, whose persona and appearance remain more those of a vaquero than a real estate developer, wrote a letter to a designer from Ohio whose work had impressed him. Like the letter’s recipient, Taylor’s grandfather was a Buckeye, but he had immigrated to Argentina at the turn of the 20th century to raise sheep. The letter to Ohio was, according to Taylor, received with some surprise. “But,” he says, “Jack Nicklaus liked the idea of a farmer in Patagonia wanting to build a golf course.”

The resulting course, designed by Nicklaus and his son Jack Jr., meanders through a spectacular mountain valley at an altitude of 2,800 feet. The 7,163-yard, par-72 run has all the hallmarks of a Nicklaus course, but one drawn on an exceptionally dramatic canvas. A representative sample is the eighth hole, a 390-yard par 4. Waste areas directly in front of the tee, a fairway lined with imposing Oregon pines, and large bunkers on either side of the landing point make it paramount that you drive with the type of precision that the senior Nicklaus used to demonstrate. As you near the narrow green, which two enormous bunkers guard, the gorse creeping out from beneath the pines frames your approach shot. Beyond the putting surface, the flowers of the evergreen called notro (the Chilean fire bush) turn the hillsides bright red, while the ice fields of the Andes rise above Chapelco to a height of 7,000 feet.

Taylor, who weathered Argentina’s recent economic troubles while building the course, considers himself a pioneer in the mode of his grandfather, who adapted to changing conditions. “When my grandfather came here the land was more rugged,” says Taylor. “He planted all these trees. In the 1970s we moved from sheep to cattle and timber farming. Now it’s golf.”

An 85-room hotel, modeled roughly on the Llao Llao Hotel in Bariloche, is set to open in December, and more than 80 percent of the 430 homesites—which are priced from $100,000 to $250,000—on the 558-acre property have been sold. The houses, ranging in value from $750,000 to $1.2 million, are being built on the hills and along the course but at a tasteful distance from the fairways. “We want architects to be creative,” says Taylor, “but we have height restrictions, and the building material must be native timber and stone.”

Two miles south of the resort site, on the Quilquihue River, sits the fishing lodge that once was the house of Taylor’s grandfather. The three-bedroom structure, nestled among the willows that shade the river’s plentiful rainbow and brown trout, will be available to both members and guests of the resort. But Taylor expects long waits for rooms. “We are going to keep this lodge very exclusive,” he says, “like a clubhouse.”