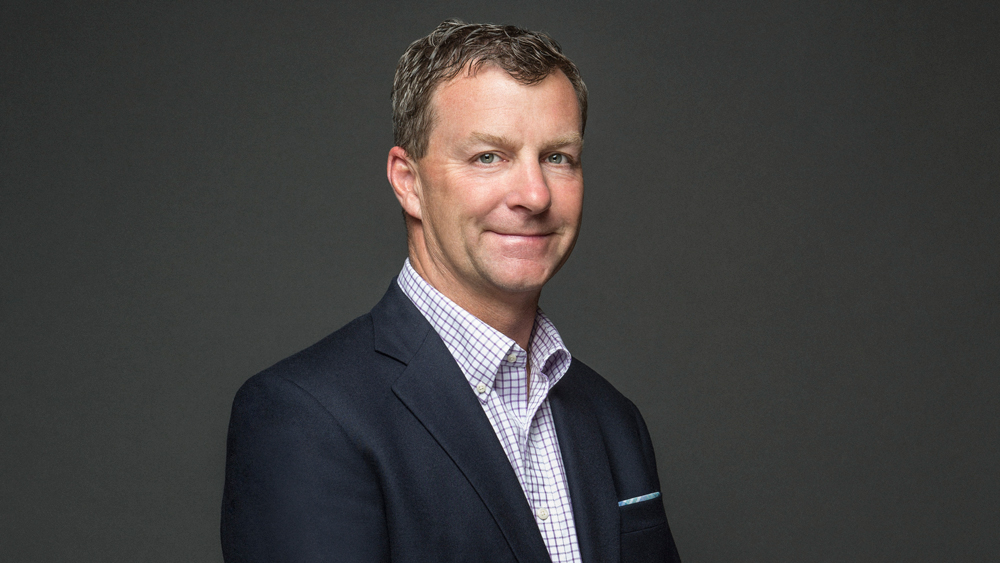 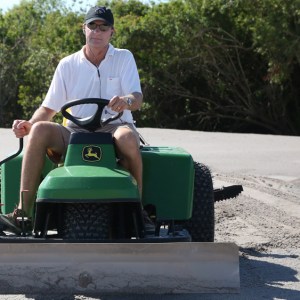 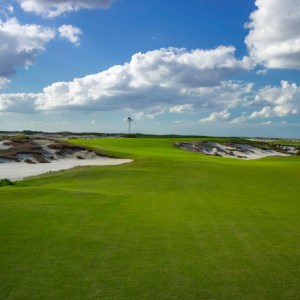 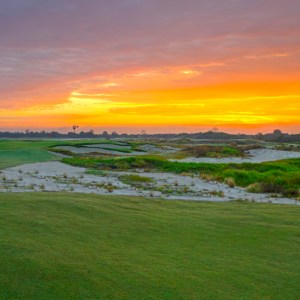 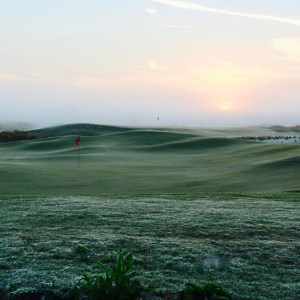 It’s tough to think of a course architect in the last ten years that has been more sought after—or busier—than Gil Hanse. The one-time employee of course-design icon Tom Doak, Hanse has made his own mark in the world of course architecture and design by employing the philosophy of minimalism, which champions making courses fit into the existing terrain of the land rather than shaping the land to match the architect’s vision through manipulation with heavy equipment.

Much has been made of his successful work on the Olympic Course in Rio in 2016, but that’s really just the beginning for Hanse. His career may still have not reached its apex, as he has a slew of new projects on the horizon, including restorations of some golf’s most iconic courses—Winged Foot and Merion, to name two—and renovations of Pinehurst Resort’s No. 4 (set to reopen in fall of 2018). This past September, Hanse’s Black course opened at the famed Streamsong golf resort and it gave Robb Report a chance to check in with Hanse about the intricacies of his new course, how he juggles being the “it” architect, and what drives him in his business.

Regarding Streamsong Black, how do you build a course that will be different from two courses that are already considered fantastic while still following the same design principles of minimalism that you also espouse?

I respect the work that Tom [Doak] and Bill [Coore] and Ben [Crenshaw] do more than anyone else, but that also made it a challenge for us to stand out without changing what we do. The site we were given is different from the land that the other two courses sit on, and that was a big help. And we were asked to make a big golf course, one that might be capable of hosting tournaments. While we share a lot of design philosophies and aesthetics with those other two groups, I think Jim Wagner [vice president and design partner of Hanse Golf Course Design] and I have been more willing to take chances with earth moving, or have worked on sites that require more earth moving,  than those other two firms. So we thought a lot about scale and perspective and how those landforms set up bunkers. Our work on Castle Stuart in Scotland, with Mark Parsinen, allowed Jim and I to study the natural landforms so much that we learned how to move enough earth to make it look like a natural landscape when we were through

Can you talk me through the idea behind such large greens at Black? And why does the grass surrounding the green seem to have the same mowing height as the green itself?

To answer your second part, this was actually just a bit of serendipity. We wanted to provide the options for putting from the green surrounds and to promote the ground game. Rusty Mercer, the course superintendent, didn’t think he could provide that opportunity with the Bermuda grasses that exist, and so he recommended that we just use the mini verde bermudagrass that we have on the putting surfaces in the surrounds as well. We had always intended for there to be a height differential from the surrounds to the greens, however, the mini verde did not perform well at the raised height of cut so everything dropped down to greens height.  We also intended to start off with marking the putting “surface” with dots to delineate the green for the rules of golf, but that went away quickly and now it is all just played as on the green, which adds a very cool element to the play of the Black Course.

How do you manage all this work? You’re currently working on Merion, Sleepy Hollow The Country Club, Winged Foot, No. 4, and Colonial. Is there ever a concern of taking on too much work? How does an architect who is as in demand as you are balance that workload?

The critical distinction for us is how many projects do we have under construction at one time. We can handle any number of projects in planning or design; it gets down to keeping the number of major construction projects down to 2 or 3 maximum at a time.  That is where Jim and I spend the lion’s share of our time, and we feel comfortable that we can manage and actively participate in two or three projects on the ground running simultaneously. We have always placed such a high emphasis on designing in the field and being a design build firm, and if I ever feel like we are not actively participating in the field decisions or maximizing the design opportunities that arise each and every day, then I would feel like we are too busy. To this point I do not feel like that is the case and I do not think that the quality of our work has suffered under the increased workload.

The main reason for this and, it cannot be underappreciated, is that we have a group of very talented individuals working on all of our projects—the Cavemen—and we empower them to make decisions when we are not there. Jim and I become editors of their work when we get to site. It is a great relationship that we have, and without the Cavemen we would not come close to enjoying the success that we have. We are very fortunate to be in a position where we say no to more projects than we say yes to, and Jim and I have renewed that commitment to becoming increasingly more selective.  As we work through that transition we understand that a lot of hard work and airline miles help to solve any issues that may arise!