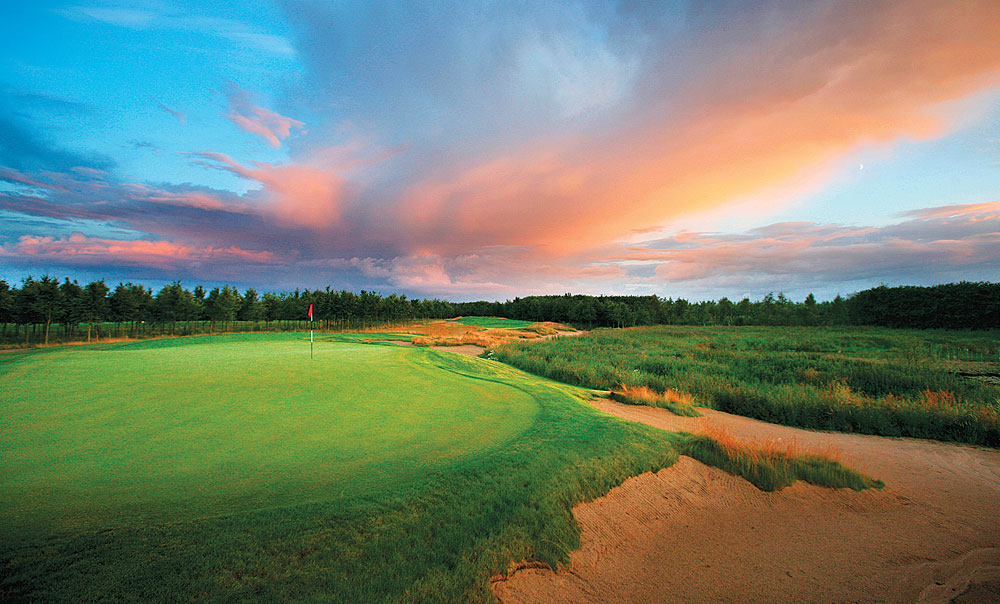 Thanks in part to native PGA stars like Thomas Bjørn, golf is booming in Denmark. The Scandinavian country of almost 6 million residents boasts more than 170,000 registered golfers, and the number of courses in the Danish Golf Union has grown to 181, with nearly a dozen new clubs opening last year alone. Denmark’s many fine layouts, however, are for the most part known only to Danes and other Scandinavians—a situation that may soon change, after the recent debut of the Lübker Golf Resort outside Aarhus.

Local industrialist Poul Anker Lübker conceived the resort as a world-class course and club—a Danish Valderrama, in one popular characterization—that would elevate Denmark’s status as a golf destination. The resort (which opened in September 2008) occupies a 500-acre inland site in the Djursland region, close to coastal areas, Viking ruins dating to the 8th century, and a national park. Aarhus, Denmark’s second-largest metropolitan area, is home to some 300,000 people (about 60,000 of them students), a lively riverfront dining-and-entertainment district, and the Aarhus Golf Club, which is one of the country’s oldest courses. The traditional and scenic Aarhus course is a fine complement to the Lübker layout, one of Denmark’s newest—and best—designs.

Confirming the Danish proclivity for fine design, Poul Anker Lübker enlisted Palo Alto, Calif.–based Robert Trent Jones II Golf Architects to build the resort’s course. Known for such layouts as Princeville, on Kauai, the firm—led by its chief designer, Bruce Charlton—scattered 27 holes over a landscape that might appear simultaneously novel and familiar to American golfers. Sandy soil reminiscent of the Carolinas supports fairways that border marshlands, deciduous forests, and fields of native grasses. Viking burial mounds abut one of the fairways, and the terrain also includes several species of orchid.

The Lübker layout can play as tough as you desire, with four sets of tees for each of the three nine-hole stretches (Sky, Sand, and Forest), the longest of which runs for nearly 3,600 yards. Recurring design elements include slightly canted fairways—mini doglegs—that add intrigue to otherwise fairly spacious landing areas. Putting surfaces are fast and steeply contoured, but most are fronted by obstacle-free run-up lanes.

In addition to its 27-hole layout, Lübker offers a nine-hole, par-27 course that is part of the resort’s golf academy. The academy also includes a club-fitting studio and will soon add a heated, two-story hitting bay. The facility should provide further stimulus to an already-thriving golf population, while Lübker as a whole might compel outsiders to discover Denmark as a golfing destination.