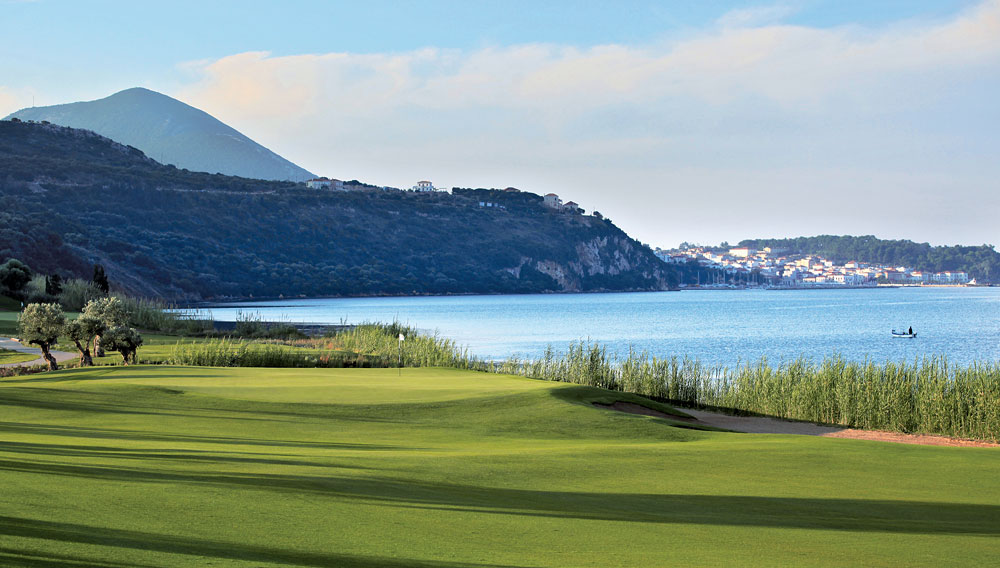 Before the Greek debt crisis, in the rosy glow that followed the 2004 Olympic Games in Athens, a self-made shipping magnate named Vassilis Constantakopoulos began to realize a long-held dream. As far back as the 1980s, Constantakopoulos began acquiring land in his native Messenia, a historically significant region of the southwest Peloponnese. He eventually decided to build an eco-friendly resort on the property, but it took the better part of 25 years to acquire the land—one parcel at a time—and make this dream a reality.

Constantakopoulos cobbled together 2,500 acres—from pristine tracts abutting the Ionian Sea to wooded hillsides within view of it—and began developing his brainchild, Costa Navarino, in 2006. In 2010 he unveiled the resort’s first phase, Navarino Dunes, an oceanfront development with homesites, hotels by Starwood’s Westin and Luxury Collection brands, and a championship golf course designed by Bernhard Langer in partnership with European Golf Design. Last October, despite the economic crisis in the region, the resort’s second phase kicked off with the debut of another 18-hole layout, the Robert Trent Jones Jr.–designed Bay Course.

Like Navarino’s Dunes Course, the Bay is a visually striking and challenging design. The layout hugs the sandy shoreline of Navarino Bay—the site of a critical one-day battle in the country’s war for independence in 1827—and wends through box canyons and olive groves on both the front and back nines. “It routes through three distinct natural environments that are typical of the Greek landscape,” Jones says. “We wanted to make sure that golfers would get to experience all three of these landscapes on both nine-hole loops and have an authentic Greek experience.”

A team of workers transplanted thousands of olive trees—some hundreds of years old—to supplement the existing groves, but Jones’s less-is-more mentality is evident throughout the course. “We want courses to look like they evolved naturally with the landscape, to look like they’ve always been there,” he says. “Although some of the steep box canyons required additional shaping, our approach was to minimize earthmoving and blend the holes naturally into the surrounding terrain.”

The coastal terrain abutting the Bay Course will soon be home to a Banyan Tree resort, the Singapore-based chain’s first hotel in Europe. The exclusive retreat will bring the number of hotels at Costa Navarino to three, but the resort is not done yet: If all goes according to plan, the sprawling seaside property will eventually include two more 18-hole golf courses.