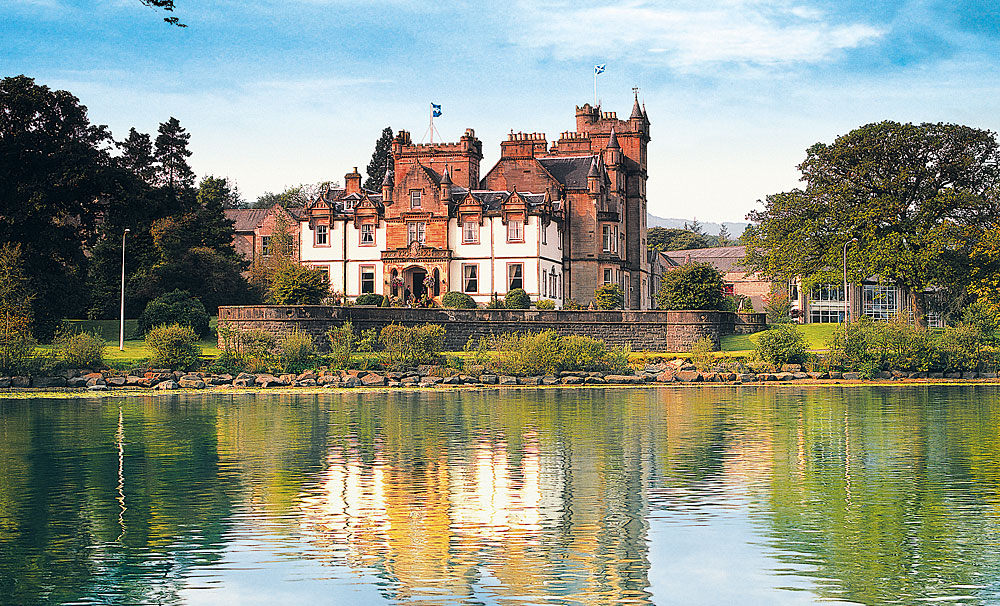 On its path through central Scotland, the Highland Fault skirts the southern end of Loch Lomond in the shape of a shepherd’s staff. The ancient geological feature divides the country’s Highlands and Lowlands—and the front nine and back nine of the new Carrick golf course at the loch-side De Vere Cameron House resort.

Canadian golf architect Doug Carrick, to borrow a phrase from the Scottish song that celebrates Loch Lomond’s bonnie banks, took both the high road and the low road in designing his namesake course. The layout, which opened in June, follows level terrain along the shore before heading into steep hills where a shepherd’s staff could prove useful. The Carrick may be the only course in Scotland (out of more than 500) that plays through craggy highlands, rolling meadows punctuated with lagoons, and links-like terrain on the shores of a loch. It also may be, at about $16 million, the most expensive course ever built in the home of golf.

Nowhere on the 7,086-yard course do the highland elevations approach that of 3,196-foot Ben Lomond, the most southerly of the Munros (Scottish mountains higher than 3,000 feet), which towers over the loch and is visible from every hole on the course. Golfers who are familiar with Carrick’s Canadian layouts, such as Newfoundland’s Humber Valley and Greywolf in Panorama, British Columbia, will recognize the designer’s touch on the tees: His elevated platforms allow players to watch their drives drift slowly against the mountain backdrops to the fairways below.

Although Carrick eschews signature holes, he may not be able to avoid the billing for his 199-yard, par-3 14th, which plunges 60 feet from the highest point on the course to a broad lakeside green protected by four traps. A long iron, aimed directly toward the peak of Ben Lomond, will suffice in the morning. But in the afternoon, when whitecaps form on the lake and a near gale blows directly toward the tee box, a driver may be a more sensible choice.

Throughout the Carrick, chipping areas have been mowed closely around the greens to encourage bump-and-run shots. This is especially true on holes 16 and 17, which play so close to the lake that the builders had to raise the earth by 3 feet after the loch, in the middle of a rainy spell last winter, flooded the holes during construction.

The proximity of the lake has its conveniences as well: The quickest way to reach the Carrick, which is set apart from the De Vere Cameron House, is via the resort’s 1937 launch, the Belle Époque. The 10-minute ride from the hotel’s jetty ends at the first tee, where an extravagant new clubhouse includes a spa with treatment rooms overlooking the course.

Back at the Cameron House, the resort’s 18th-century mansion (which is undergoing a $50 million renovation), golfers can settle into the deep, tartan-covered sofas in the Great Scots Bar. The bar’s panoramic view of Loch Lomond complements a selection of nearly 300 Scotch whiskies, which hail from Islay, Speyside, and, of course, the Highlands and Lowlands.