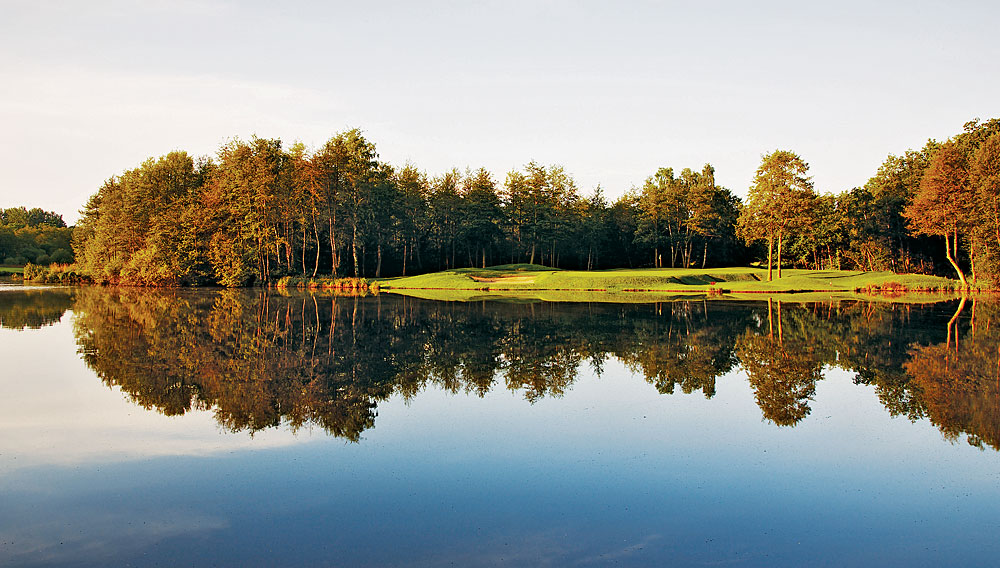 Most of Europe’s elite golf courses are clustered in the British Isles and, to a lesser extent, the Iberian Peninsula. Like its joie-de-vivre-centric counterpart Italy, France has always been an underachiever when it comes to this particular leisure pursuit. But the Gallic golfing landscape is not without its gems, most notably the forested and mysterious Les Bordes, which, until recently, was virtually inaccessible to all but a select few.

Les Bordes dates to the mid-1980s, when Baron Marcel Bich, a cofounder of the Bic ballpoint-pen company, enlisted Houston-based architect Robert von Hagge to build a golf course on Bich’s 1,300-acre Loire Valley hunting estate. Bich’s goal with the property, which is located just 90 minutes from Paris in what is colloquially known as the Garden of France, was to create the continent’s answer to Augusta National—a feat von Hagge arguably accomplished.

The Les Bordes course, which opened in 1986, is a 7,008-yard masterpiece that wends through a watery panorama of lakes, ponds, and streams, all framed by ancient oak forest. Until Bich’s death in 1994, only a few of his friends, family, and acquaintances ever played the course. By 2001 his onetime partner, Japanese businessman Yoshiaki Sakurai, had opened Les Bordes up to about 30 members, and the course became available for limited public play after Sakurai’s death in 2004. Now, however, thanks to a syndicate of English investors who purchased the property in 2008, Les Bordes is reopening as a private club for no more than 350 members.

In addition to access to the golf course—which is in the midst of a renovation to restore its original glory—membership at Les Bordes (€1 million initiation fee) includes privileges for hunting boar, deer, duck, and pheasant at the Bich estate and the neighboring properties of the Vuitton and Guerlain families. The club is also opening a shooting academy and an equestrian center this year, and is refurbishing the estate’s rustic clubhouse. Forty one-bedroom cottages adjacent to the clubhouse are being converted into one-, two-, and three-bedroom lodges available for overnight stays for members and their guests.

Les Bordes is also offering a select number of homesites for sale, on parcels no smaller than 2.5 acres. But perhaps the most ambitious aspects of the club’s rebirth are plans for another championship course—also by von Hagge—and a high-end hotel. Scheduled to open in 2013, the new course will be open to guests of the hotel, but the original Les Bordes layout will remain the domain of members.