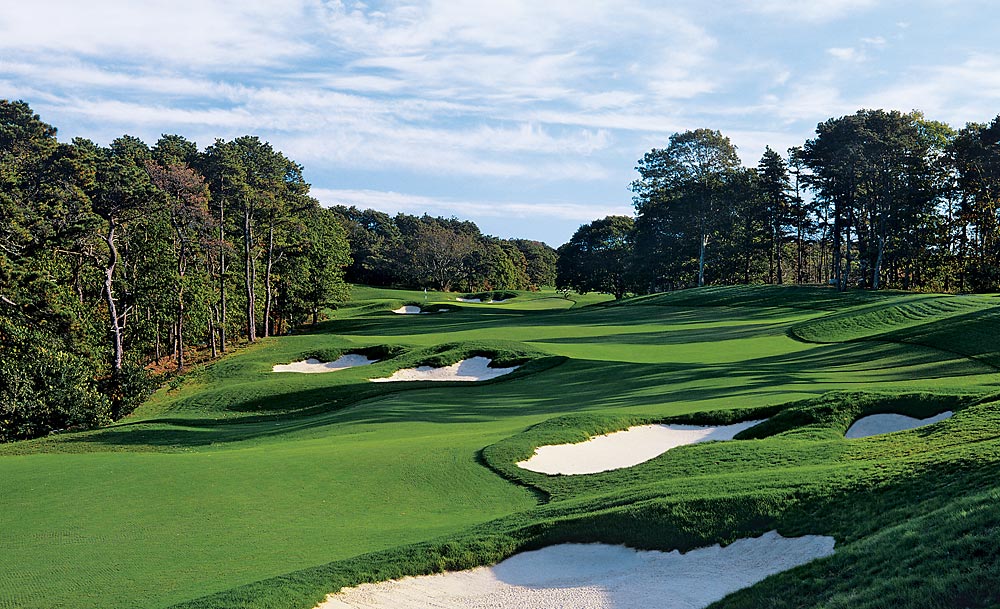 One would expect Sean Cahalane to look back fondly on the course where he spent much of his childhood. But the longtime member of the Ocean Edge Resort & Club in Brewster, Mass., has few positive recollections of the property’s former layout. “I can’t really remember the old hole,” says the twentysomething assistant golf pro of a nearby public course as he stands at Ocean Edge’s third tee. “It was an easy par 3. You could birdie it all the time.” Later, at the fifth: “It was a boring hole,” he says. “If you didn’t birdie it, you’d be pissed.”

Such sentiments, though expressed in different terms, were prevalent among golfers on the Ocean Edge course, which Chicago banker Samuel Nickerson built in 1906 as a nine-hole complement to his son’s Victorian-style mansion overlooking Cape Cod Bay. After serving as a seminary and a home for wayward boys beginning in the 1940s, the estate became the Ocean Edge Resort in the 1980s. The resort expanded the golf course to 18 holes, but the layout was widely considered to be a blemish on the bluff-top property. Earlier this year, however, the Ocean Edge course reopened after an $8.5 million redesign by Nicklaus Design—part of an $18.5 million renovation of the resort at large—that has finally made this former flaw a gem worthy of its setting.

“It was a pretty exciting piece of property,” says Chris Rule, the associate who oversaw the Ocean Edge project for Nicklaus Design. “It had a lot of mature trees and a nice flow and routing to it, and some nice elevation changes. At the end of the day, we didn’t have to move too much dirt. It was just going in and massaging what was there, and rebuilding the greens and adding some strategy. We did a lot to lengthen it up to reflect today’s game.”

The new Ocean Edge course is open only to club members and guests of the resort. Joining the club requires a $35,000 initiation fee, as well as $400 in monthly dues, and affords access to the greater resort’s tennis and fitness facilities, spa, swimming pools, restaurants, and 700-foot stretch of private beach. For the first time, however, the ultimate privilege of an Ocean Edge membership is entrée to the golf course.

While making his way to the 18th hole—a dramatic closer that requires a monstrous drive to a fairway 248 yards away—Cahalane enthuses over Nicklaus Design’s handiwork. He indicates on every hole where trees have been removed, bunkers added, and tee boxes pushed back. “Ever since I was a little kid, I was saying, ‘I wish I could design this course. I could fix it up,’ ” he says. “I’m so glad that they finally did.”