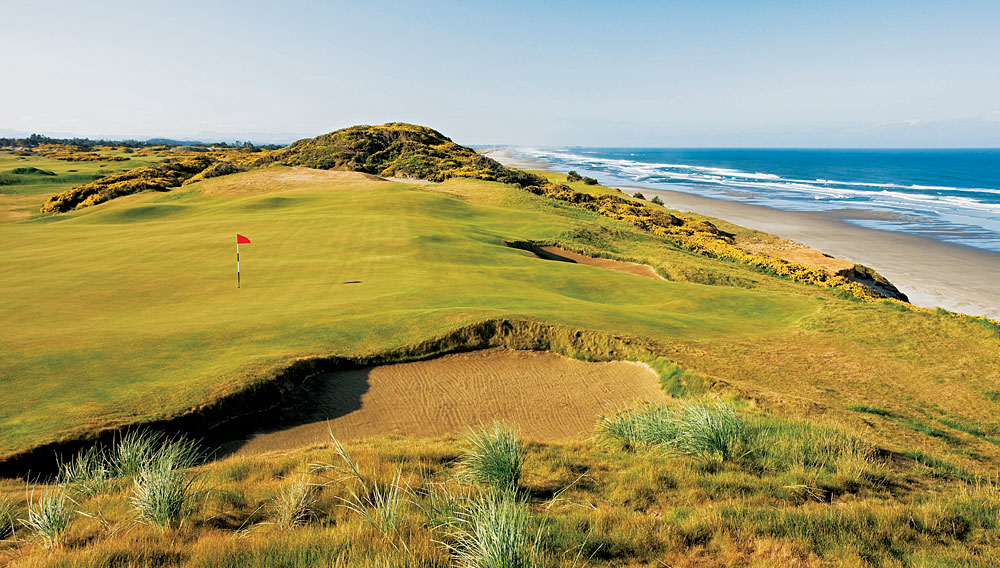 Before there was tiger, before there was Jack, before Ben, Byron, and even Bobby, there was Charles Blair Macdonald. Known as the “Father of American Golf,” Macdonald learned to play the game as a student in St. Andrews, Scotland, in the 1870s. He returned to the United States and became one of the country’s first great golfers, winning the inaugural U.S. Amateur in 1895. Macdonald also helped found the United States Golf Association, but he made his true mark on the game as an architect. Taking cues from layouts he saw in Great Britain, Macdonald designed America’s first 18-hole course, at the Chicago Golf Club, as well as the Course at Yale, Mid-Ocean in Bermuda, and his masterpiece, the National Golf Links of America on Long Island.

Just as Macdonald drew inspiration from the U.K.’s best, so architects Tom Doak and Jim Urbina looked to the classics while designing Old Macdonald, which will open in full next June at the Bandon Dunes Golf Resort in Oregon. The course—the fourth layout (and the second by Doak) at this golf mecca on the state’s southern coast—is a tribute to its namesake and to the British links he borrowed from. Ten of its 18 holes debuted for play in April, and the abbreviated layout offers both a joyous approximation of golf across the Atlantic and a chance to appreciate Macdonald’s genius.

Among the holes open for play at Old Macdonald is an homage to the Road, the famous 17th at the Old Course at St. Andrews. The hole features a deep bunker to the left of a raised green, just like the original, but Urbina is quick to point out that Old Macdonald’s holes “are not copies.” (Supporting evidence includes the lack of a road on this Road hole, which instead borders a large chipping area to the right of the green.)

Urbina and Doak based another hole at Old Macdonald on Redan, a par-3 that Macdonald saw at Scotland’s North Berwick and then copied at the National. Opening Old Macdonald’s 10-hole loop is a par-5 reminiscent of the Long hole at St. Andrews, complete with a vast, wood-plank-faced interpretation of Hell bunker.

When completed, Old Macdonald will also include a long par-4 that drops from a windswept bluff above the Pacific to a giant mound in front of the green (a feature borrowed from the Alps hole at Scotland’s Prestwick). Macdonald believed that all great courses need wind, and this course has it throughout, gently or in gales off the ocean. The coastal setting also befits Old Macdonald’s links-style landscaping, in which the turf is hard and fast, the rough is wild, and the gorse grows plentifully. Greens are large and undulating, featuring big breaks as well as nearly imperceptible subtleties.

Such intricacies would likely have pleased Macdonald, who once wrote that “a course must be absorbing and interesting, and not built for crack players only.” Old Macdonald meets these criteria and more, offering a worthy tribute and a wonderfully fun round of golf.