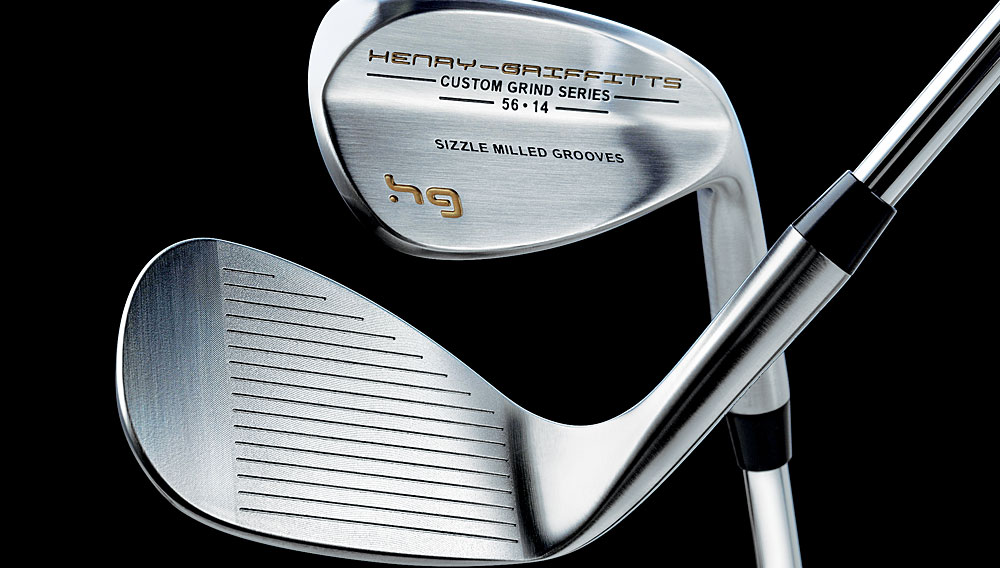 Henry-Griffitts is widely credited with inventing—or at least advancing exponentially—the practice of custom-fitting clubs to individual players and their swing characteristics. Though long a favorite among professionals and low handicappers, the Henry-Griffitts brand has remained below the radar of more casual players. The low profile was fine with its founders—a pair of teaching pros who envisioned the company as a kind of cottage industry—but that profile may be changing under Henry-Griffitts’ new owners.

AboutGolf, a company that makes sophisticated golf simulators that often double as club-fitting tools, acquired the 26-year-old club maker in 2008. The purchase occurred just prior to Henry-Griffitts’ release of its new OS-1 and TS-1 irons and Custom Grind wedges.

Henry-Griffitts’ philosophy holds that club-fitting and instruction are inseparable, which is why its fitters are found not at retailers, but at golf-instruction facilities such as Harold Pierce’s 4 Seasons Golf Center in Ithaca, N.Y. “The mechanics of the golf swing may be difficult to master,” says Pierce, as he ushers me into one of several golf simulators he uses when fitting clubs to players. “But the principles are fairly transparent: The ball goes where the club head directs it to go. So the configuration of your equipment does affect motion, and in that sense, ill-fitted clubs induce and abet poor swings.

“That’s why coming out with a new line of clubs every year is like automakers introducing new models,” Pierce continues. “It has more to do with marketing than substance, because materials and technologies don’t change that often.”

My club-fitting session begins with me hitting shots with a middle iron that has a piece of magnetic tape affixed to the sole of the blade. The iron belongs to a Henry-Griffitts set that I have owned for seven years. At the bottom of my swing, the tape strikes a plastic slab that measures whether the lie angle is too flat or too steep. Shaft and club-head composition matter, Pierce explains, but lie angle is the single most important variable in a set of clubs.

The simulator reveals that the lie angles of my clubs are off-kilter in a way fairly common for players of a certain age: Because I swing with an increasingly upright posture, I tend to strike the ball with the toe of the club. Subconsciously, I try to compensate by rerouting the club in my downswing, resulting in a pull or hook to the left of the intended line.

Other than that, Pierce says, the data—launch angle, spin rates, trajectory, and other factors recorded by the simulator—”look pretty good.” In fact, my old set remains such a good fit that I could just have the club heads bent to a slightly more upright angle at the Henry-Griffitts facility in Hayden, Idaho. Here—or at a second facility in Maumee, Ohio—each Henry-Griffitts club is assembled by hand according to a golfer’s specifications; the club fitter then conducts a complimentary follow-up test session with the golfer to determine whether any fine-tuning is needed.

I could have my old set adjusted, but my heart is set on some new OS-1s, which are priced from $160 to $175 apiece. Their curvilinear sole helps prevent “chunking” shots—taking too much turf—and their nickel-and-tungsten bottom weighting can compensate for off-center hits. Plus they look great in my bag.