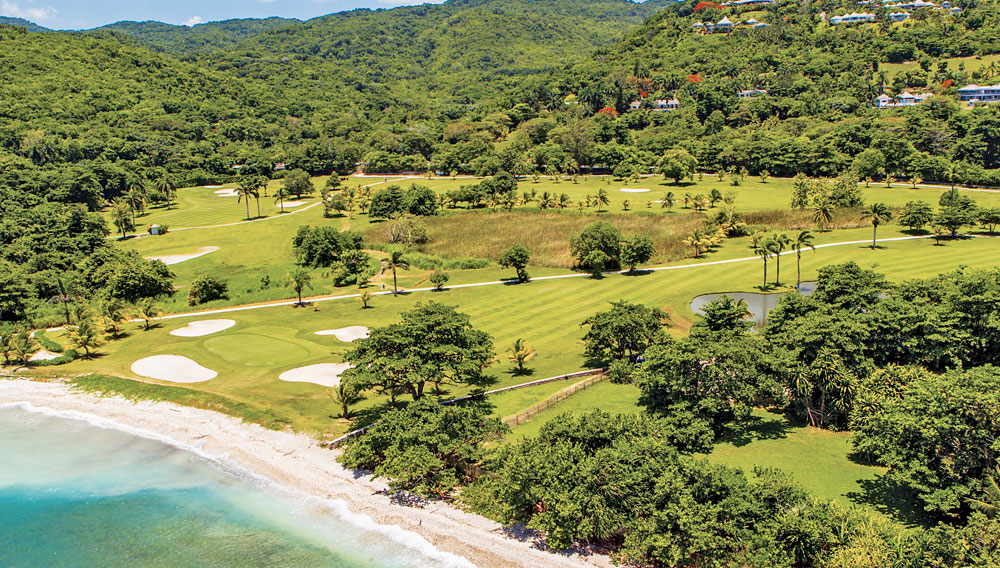 In the 1950s, a group of prominent Texans acquired an idyllic stretch of coast near Jamaica’s northwest corner, about 12 miles from Montego Bay. The new owners—a group that included future senator Lloyd Bentsen and former governor John Connally—soon started developing what would become one of the Caribbean’s most exclusive communities, marked by a stately Great House, lovely open-air villas cooled by ocean breezes, and a waterfront golf course designed by fellow Texan Ralph Plummer.

Opened in 1959, Plummer’s course remains the centerpiece of the Tryall Club, a now 2,200-acre retreat shared by just 85 members. Last fall, the course—which hosted LPGA tournaments and the now-defunct Johnnie Walker World Championship as recently as the 1990s—completed a series of renovations that place it once again in the company of the world’s finest private golf clubs. Unlike most elite private courses, however, Tryall discreetly opens its doors to the public.

Tryall offers just about everything one would expect of a top Caribbean destination resort, including beaches, pools, restaurants, bars, and outstanding service. The only thing missing is a hotel. Nonmembers, however, can stay at the club in accommodations that are far superior to those of most hotels. Hugging the sea or set high on the lush hillsides, 86 magnificent villas are available for rent at the club. The residences range from one to eight bedrooms and come with such amenities as swimming pools and gyms and full-time staff that might include a chef, a gardener, and a laundry worker. Rates for the villas start at $3,300 per week and reach $40,000 per week for an eight-bedroom estate.

Guests staying in Tryall’s villas have full access to the club’s amenities, not the least of which is Plummer’s newly polished gem. A builder as well as an architect, Plummer worked on some of Texas’s most notable layouts, including Preston Trail and Cypress Creek at the Champions Golf Club. He was straightforward in style, never moving much dirt, limiting the number of hazards, and consistently building challenging courses that made the most of the available land.

At Tryall, Plummer relied heavily on the setting, incorporating its cerulean vistas and constant trade winds throughout the course. The track begins and ends on flat terrain near the shore, climbing to its high point at the 12th tee, 200 feet above sea level. The middle holes snake up and down a mountain, constantly changing direction and elevation. Trees, tricky lies, and spectacular views are the norms throughout the course.

The refurbishment of Tryall’s course consisted primarily of adding new tee boxes, rebuilding greens (which are still among the Caribbean’s slickest), and adding landscaping to enhance the already strong visual appeal. New practice facilities—a driving range, a putting green, and a short-game area—help golfers prepare for the challenges of Plummer’s little-known classic.