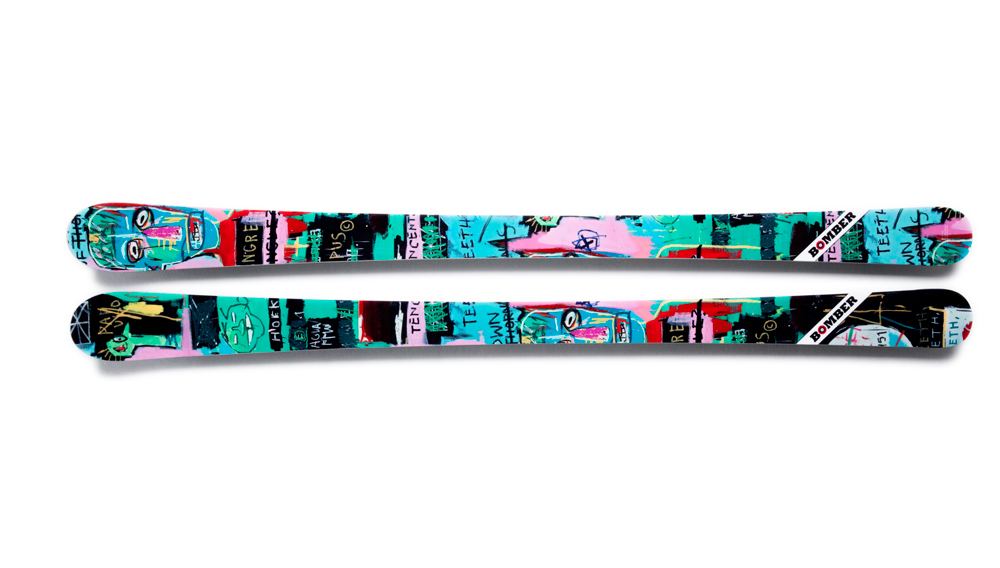 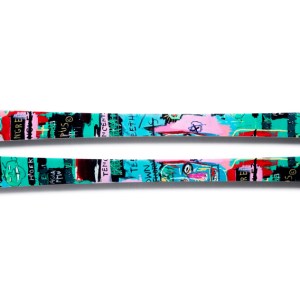 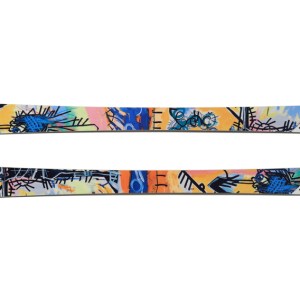 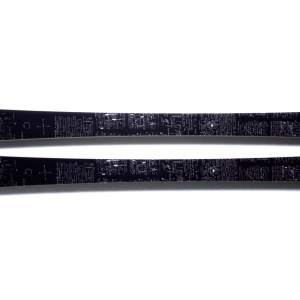 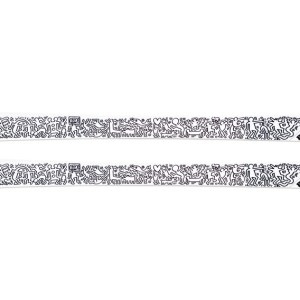 The New York–based Bomber Ski, which serves as an official supplier of the U.S. and Canadian ski teams, has added new limited-edition designs to its Artist Series collection. The skis, which start at $2,500, bear the vibrant artwork of the renowned U.S. neo-expressionists Jean-Michel Basquiat and Keith Haring. Portions of Basquiat’s Self Portrait as a Heel, Part Two and Fishing are shown on the new skis. Bomber, founded in 2010, has also unveiled new Stars and Stripes skis decorated with a U.S.-flag motif—and a portion of their sales will benefit the U.S. ski team. Each pair of Bomber skis is handcrafted by a team of artisans in the company’s race lab in Italy and has a durable, layered-sandwich construction and sturdy ABS plastic sidewalls to help skiers carve the slopes with precision. (212.980.2442, bomberski.com)