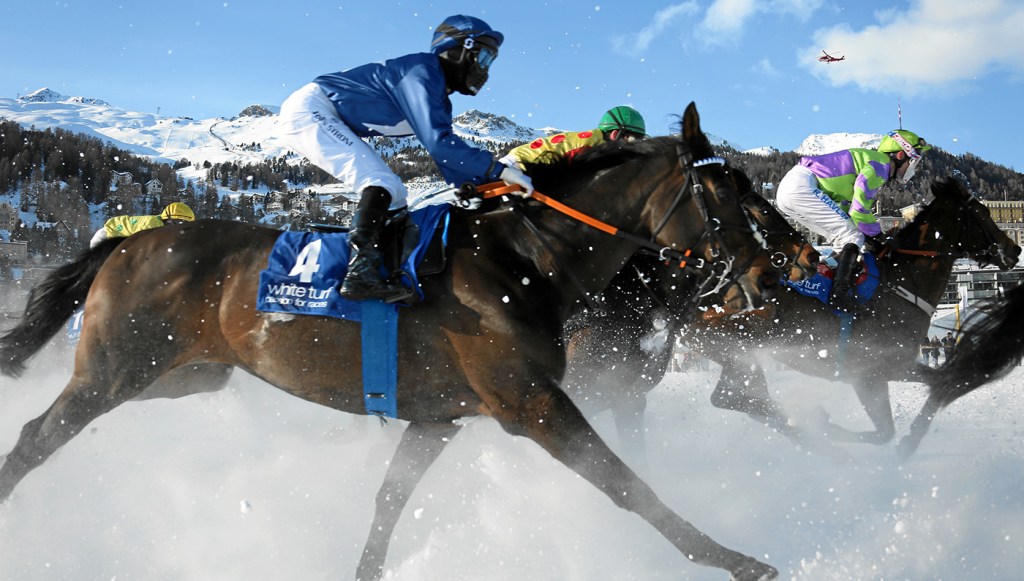 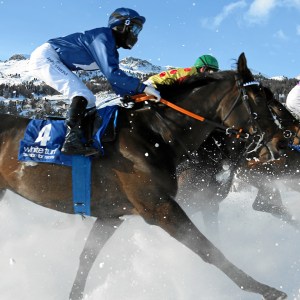 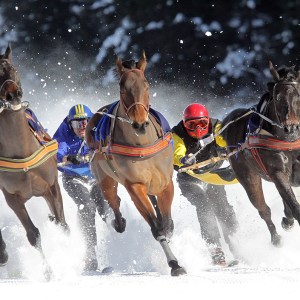 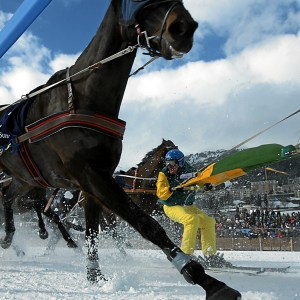 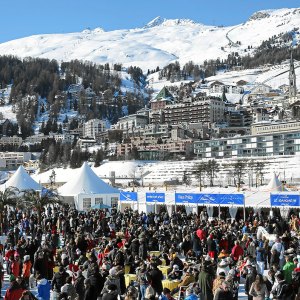 In February, it is a safe bet that equine enthusiasts from around the world will make a powdery pilgrimage to White Turf 2016—the international horseracing series set on the frozen lake of St. Moritz, Switzerland. Since its inception in 1907, White Turf is one of Switzerland’s top tourist attractions every year, and roughly 35,000 spectators are expected next month. The races are spread over three consecutive Sundays, and almost $500,000 in prize money is at stake. This year, there are 20 races on the register—a new record for the event.

The first snow-loving steeds will gallop out of the gate on February 7, and purebred Arabians going head-to-head in the H.H. Sheikh Zayed bin Sultan Al Nahyan Listed Cup is sure to be a highlight. The following Sunday sees the BMW Trotting races (where the jockey rides behind in a cart) and the World Snow Hurdle Championship Final with its prize purse of almost $20,000. Held February 21, the Gübelin–77th Grand Prix of St. Moritz race will field 26 entries from around the continent.

Attendees to the track will also be entertained by a tony tent city touting heated betting areas, multiple stages with live jazz, gourmet dining venues, and a cascade of cocktails and Champagne as part of the well-heeled horseplay. Price of entry starts at about $20. (whiteturf.ch)