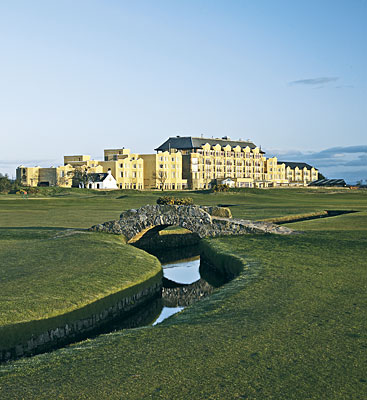 Sitting in a private study in the corporate offices of the company his grandfather founded in 1873, Herbert Kohler Jr. appears very much the magnate of modern industry that he is. Nevertheless, the 67-year-old chairman, CEO, and president of Kohler Co. has about him an air of a genial 19th-century burgher. “We often move slowly,” says Kohler, his silver beard neatly trimmed and his three-piece suit precisely fitted. “We have to maintain our standards.”

Kohler’s appearance—and demeanor—reflects his roots. John Michael Kohler, one of the many Germanic people who immigrated to Wisconsin in the latter half of the 19th century, started the family business when he purchased a foundry in Sheboygan and began producing cast-iron and steel implements for farmers. A decade later, he applied a baked enamel coating to a horse trough to create his first bathtub, and by 1900, enameled wares and plumbing fixtures accounted for most of his business. Kohler moved the operation 10 miles west of Sheboygan, where he founded the town that bears his name and still serves as the company’s home base.

John Michael died in 1901, but his descendants—two of whom served as governor of Wisconsin while running the company—further established the business as an innovator in plumbing and furnishing designs. (By the late 1920s, several of the firm’s products were on display at the Metropolitan Museum of Art.) Today, Kohler is one of the largest privately held companies in the United States. And although its name is most readily identified with tubs, toilets, and sinks, Kohler remains, first and foremost, a design company.

Kohler’s underlying philosophies are evident in the actions and attitude of the current chairman. Over the past two decades, Herbert Kohler has taken his company beyond fixtures and furniture into the seemingly unrelated realms of hotels and golf courses. He has grown the firm’s Destination Kohler division with characteristic deliberation, but when a one-of-a-kind opportunity arose during the 2004 PGA Championship tournament—to which his Whistling Straits course in Sheboygan played host—Kohler acted quickly. “When I received an e-mail indicating that the Old Course Hotel [in St. Andrews, Scotland] was available, I lit right up,” he recalls. “The Old Course is one of the few great icons in golf.”

In the road hole bar on the fourth floor of the Old Course Hotel in St. Andrews, the truth of Kohler’s statement becomes clear. The view, through floor-to-ceiling windows, is engaging in every direction. Spent golfers struggle up the Old Course’s 17th hole, just as they have done for centuries; other players, after teeing off on the 18th, pose for photos on the bridge that has spanned the Swilken Burn for at least 600 years. Beyond the 18th green lies the Royal and Ancient Clubhouse and the city of St. Andrews, with its spires of the ruined cathedral and St. Rule’s Tower, which was built in the 11th century to house the remains of the town’s namesake. In clear weather, the fairways of Carnoustie, site of the 2007 British Open Championship, can be seen across St. Andrews Bay.

To turn from what may be the best view in golf demands a reason, and the Old Course Hotel’s new proprietors have provided several. Behind the bar is a collection of nearly 200 malts, representing every distillery in Scotland. While trying to decide between a Glenfiddich or a Glenlivet, the hotel’s general manager, Jonathan Stapleton, comments on the care with which Kohler has approached his latest venture. “What Mr. Kohler brings is a love of golf, tradition, and innovation,” says Stapleton. “He is involved with every decision here. He even had several different lighting systems [in the bar] tested to make sure the carpeting looked just right.”

Kohler led a complete renovation of the 144-room property, which was built in 1968 and remains the only hotel directly on the Old Course. The style is contemporary yet elegant, and all of the 35 suites provide views of the course and ocean. Some of the suites have balconies overlooking the 17th hole, and guests are close enough to the action to hear the distress calls of golfers who have run afoul of the infamous Road Hole bunker that guards the green.Along with the Old Course Hotel, Kohler acquired the nearby Duke’s Course, which plays through the hills above St. Andrews. Even here, the chairman’s hand is evident. “There was a lot of suspicion when we announced we were going to renovate the Duke’s,” says Kohler. “It was designed by five-time British Open winner Peter Thomson, an Australian. He tried to build a links course on a hill. It didn’t work.”

Kohler hired American golf architect Tim Liddy, an understudy of Kohler’s good friend Pete Dye, to oversee the changes. Liddy, who has collaborated with Dye on a number of projects over the past 18 years, altered every bunker on the course, employing a style that was popular before the development of modern revetment techniques. The manufactured shapes of Thomson’s original bunkers have been softened and the edges allowed to erode, which, along with the evergreen trees, gorse, and acres of heather Liddy planted, make for a more natural, if dramatically different, setting. “We totally changed the last four holes,” says Kohler, who clearly enjoyed the audacity and scope of the project.

Another of Kohler’s projects in St. Andrews—one that would seem more in line with the company’s plumbing heritage—is the new Kohler Waters Spa. Completed last spring, the spa is small by Western standards. However, says Stapleton, the dimensions are part of the appeal of the facility, which is adjacent to the hotel and has drawn 500 members in less than a year of operation. “Part of why this spa is so well liked is we had very little land to build on,” Stapleton says. “The spectacular design is partly the result of that. We had no choice but to be inventive.”

Features at the spa include a 66-foot pool with a waterfall, a plunge pool, a hydrotherapy pool, and an open-air rooftop deck with a hot tub. The new facilities contribute to an experience that Stapleton says is the spa’s, and the hotel’s, main attraction. “There is a message beyond plumbing here,” he says. “If you start with genuine quality, you can build an experience. And that is what the hotel is, an experience.”

A herd of Scottish Blackface sheep moves toward a golf course in anticipation of a feeding. They are let out on the course each morning and allowed to graze freely among the grass-covered sand dunes and fescue fairways, which resemble cow pastures more than they do landing zones for golf balls. Dirk Willis, head professional, shouts to be heard above the wind and waves pounding the shore: “It sounds like an ocean out there today!”

A weather front is passing through. Black-bottomed clouds scud across the sky while whitecaps stretch east to the horizon on what could be mistaken for the North Sea. In actuality, it is the fifth-largest body of fresh water on earth, Lake Michigan.

The course is Whistling Straits, the links-style layout in Sheboygan that hosted the 2004 PGA Championship and is part of the Destination Kohler resort in Wisconsin. The resort opened in 1981 (the Straits opened in 1998) and today encompasses four Dye-designed golf courses, two hotels (American Club and Inn on Woodlake), a Kohler Waters Spa, a private members’ club, and numerous restaurants. “One thing has to feed off the other,” says Kohler of the 27-year evolution of the resort. Indeed, standing on a windswept green next to a tempestuous Lake Michigan, one could deduce that Kohler’s connection to St. Andrews had its genesis right here.Kohler, in his study, recalls the beginnings of the Destination Kohler   resort division in 1979. “We got into the hospitality business when we renovated the place across the street,” he says, waving his hand in the direction of the American Club. “I had to go to the board of directors—of which I was chairman—three times before they would let me do it.”

The American Club building, which once sheltered immigrant workers who toiled in the nearby factory, now has the look and feel of a grand manor house. Along with 185 guest rooms, the structure houses the Immigrant Restaurant, a collection of six rooms decorated in styles that honor the ethnic mix of early Wisconsin settlers. A short walk away is the original Kohler Waters Spa.

Water, of course, is central to Kohler’s product business, and the hotels and spas in Wisconsin and Scotland have become vehicles for the company’s wares. “We have what seem like disparate products, but they are all linked to the living environment,” says Kohler. “The kitchen and bath, along with our furniture line, are the interior. The hospitality business is nothing more than a showcase for the manufacturing products. All the plumbing in [the St. Andrews property] is made by Kohler.”

When asked how his company has gone from manufacturing bathtubs to owning some of the world’s finest hotels and golf courses, Kohler nods his head, slowly stroking his beard before answering. “I am a fairly creative type of fellow,” he says. “The process of innovation is the biggest thing for me. We have to stay on the leading edge of design in each field.”