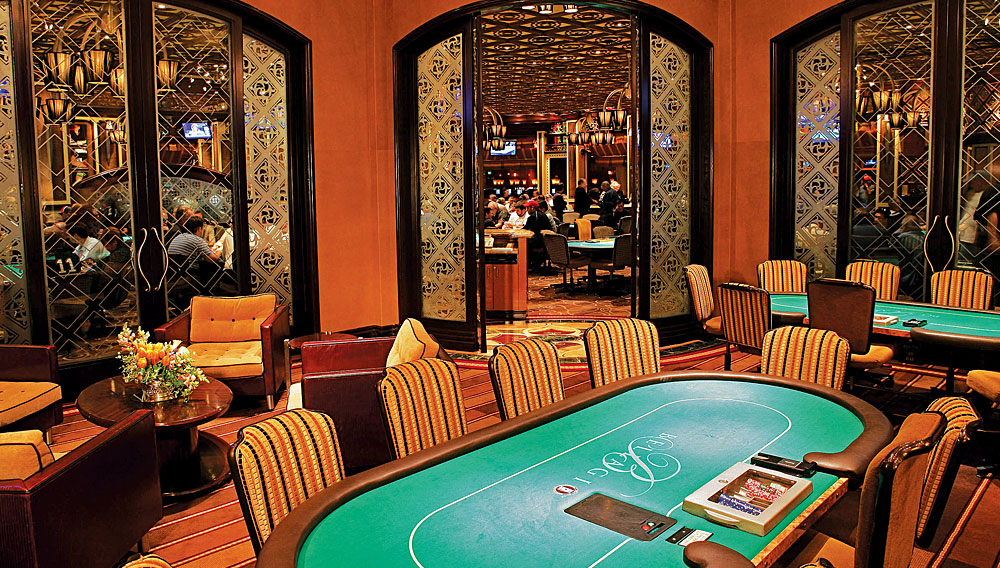 Everyone knows about the World Series of Poker, the game’s most public stage, where main-event buy-ins begin at $10,000. But the poker world’s most competitive—and financially exclusive—forum is the Big Game at the Bellagio resort. Just ask Andy Beal, a banker who in 2004 lost an estimated $15 million in the Big Game. Said to be the highest-stakes poker game ever played, the two-day event was chronicled in Michael Craig’s The Professor, the Banker, and the Suicide King.

The Big Game dates to 1949, when high roller Nick “The Greek” Dandolos came to Las Vegas looking for a $250,000 no-limit hold’em game. He found a taker in poker legend Johnny Moss, and they played for months in front of spectators at Binion’s Horseshoe before Dandolos lost millions. The action attracted the era’s top players, including Doyle Brunson and Amarillo Slim, making Binion’s the place for high stakes. When Binion’s fell on hard times, the players headed to the Mirage and, eventually, to the Bellagio, which has unofficially hosted the Big Game since opening in 1998. In 2004, the resort opened its swank Bobby’s Room (named after longtime Mirage Resorts CEO and poker star Bobby Baldwin), where the Big Game is now played when it gets big enough.

The Big Game is mostly informal, but it goes on, day after day, achieving almost mythic proportions. At any given time, the intrepid poker player with enough cash—Bellagio director of poker operations Doug Dalton recommends $30,000 on a slow day and $100,000 on weekends—can walk in and sit down with top pros such as Doyle Brunson, Barry Greenstein, Phil Ivey, and Daniel Negreanu. Dalton says the lowest the Big Game goes is no-limit hold’em with $100/$200 or $200/$400 blinds. If business warrants opening Bobby’s Room, the lowest is generally $2,000/$4,000.

Dalton caters to the mood of his players from day to day, both in stakes and format. His team keeps player profiles to notify guests if a game of their ilk and stakes materializes. The busiest times, with the highest stakes—the really Big Games—are during large poker tournaments, including Bellagio’s four major events (in April, July, October, and December) and the World Series of Poker (June through July). To get into a Big Game, all you need to do is bring money and ask for Doug.