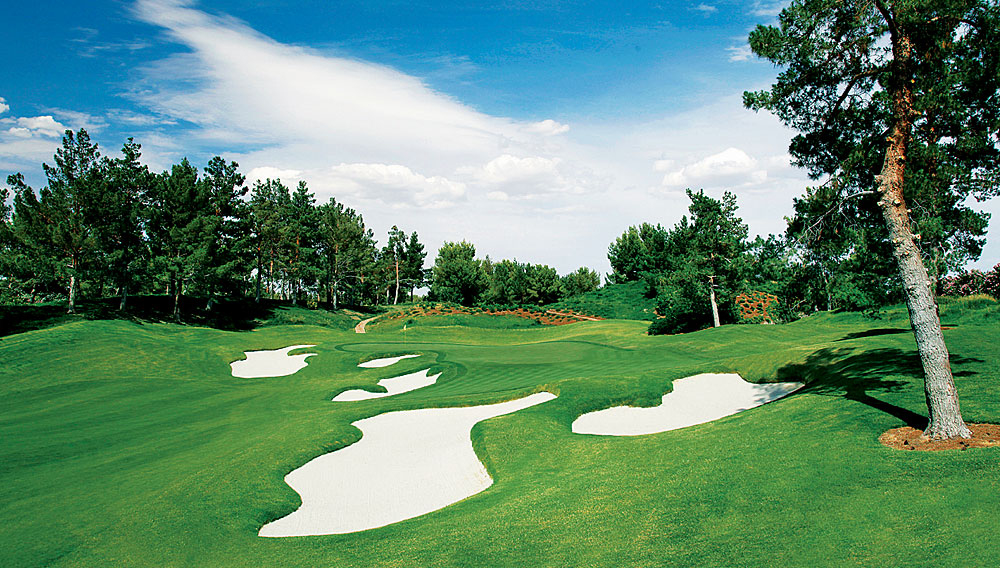 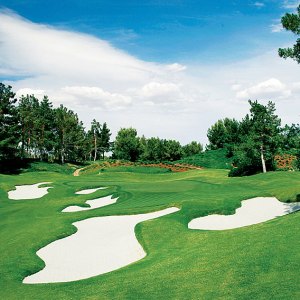 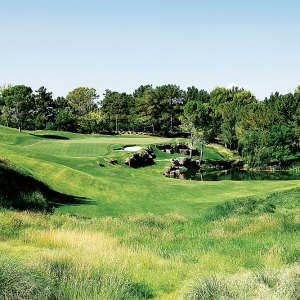 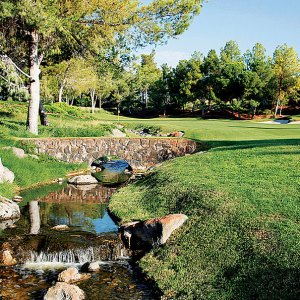 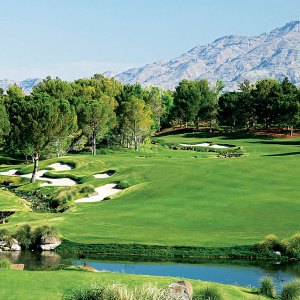 Shadow Creek is unlike any other golf club, public or private. The course has no members and was built specifically to woo whales. The vast majority of its tee times are reserved for these high-rolling gamblers, who pay nothing to play the course but must be a guest at one of MGM Mirage’s hotels (including Bellagio, the Mansion at MGM Grand, the Skylofts at MGM Grand, THEhotel at Mandalay Bay, and the soon-to-open Aria). Shadow Creek is also open to some of the hotels’ non-whale guests, with four daily tee times available for paying golfers from Monday through Thursday. The $500 greens fee—among the nation’s highest—buys you an exclusive experience at what is considered by many to be Tom Fazio’s masterpiece.

Opened in 1989, Shadow Creek represents a turning point in golf-course design, when man and machine proved they could reinvent Mother Nature. Fazio was given a mandate to turn 320 acres of barren, dead-flat desert into a traditional parkland design evocative of North Carolina’s wooded mountains. The transformation required so much earth moving that the elevation change went from 6 feet to about 60 feet. Fazio also added boulder-lined streams to the landscape, one of which leads to a dramatic waterfall behind the 17th green. But the signature feature at Shadow Creek is its man-made forest, which isolates each hole from the next one.

Roughly two decades later, Fazio returned to Shadow Creek to update the course, which reopened last December after an eight-month closure. A large part of the reconfiguring involved taming the forest that he had created. “We originally introduced more than 20,000 trees to create the intimacy that is the course’s trademark,” says Mark Brenneman, the longtime general manager of Shadow Creek. “But once watered, they thrived in the sun, and have doubled or tripled in size, creating too much shade and blocking airflow, which led to problems with the grass.” The encroaching forest also obscured views, making it harder for players to see once perfectly framed holes.

Fazio’s updates aimed to increase visibility while maintaining the course’s hole-by-hole isolation, which involved removing and trimming trees. He also rebuilt every green, since the best agronomy of 1989 was no longer state of the art. A seven-acre nursery became a comprehensive short-game practice area with bunkers, greens, and roughs that are maintained to reflect the conditioning on the course. Finally, the water features were brought more into play by relocating several greens, tees, and fairways closer to the hazards. “Playing next to water is not something people think of when they think Vegas,” said Brenneman, “and we wanted to embrace that.”

Greens fees at Shadow Creek include limo transfers from your hotel, an appropriate start to an experience that feels more exclusive than that of any private club. In fact, because you never glimpse another hole from the one you are playing, it is common to enjoy an entire round at Shadow Creek without ever seeing another group of golfers.