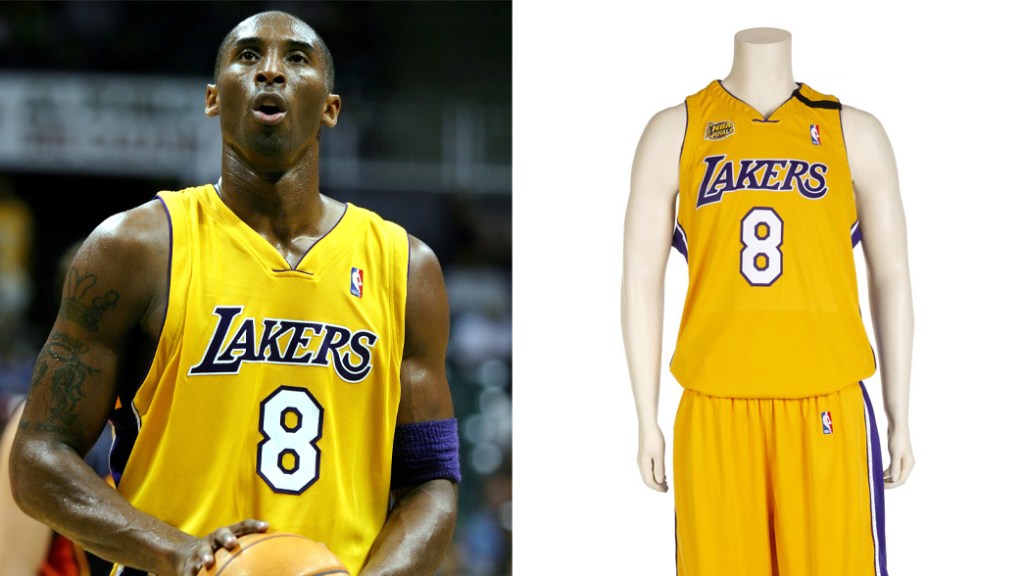 The love for Kobe Bryant runs deep. Since the NBA superstar’s tragic death in January, tributes have flown thick and fast—from heartfelt public memorials to Lamborghini restorations, people are finding all kinds of ways to remember one of basketball’s greats. And, soon, some coveted Bryant memorabilia will go under the gavel at Julien’s Auctions.

On Thursday, the auction house announced that two of Bryant’s Los Angeles Lakers uniforms and his cement handprints from the Grauman’s Chinese Theater hall of fame gallery would be up for sale on April 30, along with a few other special pieces.

“We are honored to include this collection of his items and pay tribute to this giant who was an inspiration not only to basketball fans but to the entire world,” said Darren Julien, Julien’s Auctions’ president and CEO.

In addition to his handprints, which are expected to sell for between $4,000 and $6,000, there will also be a pair of Bryant’s Adidas game sneakers and a basketball up for grabs—both of which have been signed by the 18-time All-Star and five-time NBA champ. They are expected to reach $4,000 each.

If this gives you the same icky feeling as Philipp Plein’s poorly timed (read: distasteful) runway show, it’s worth noting that the cherished items were already being planned for auction prior to the helicopter crash that killed Bryant, his 13-year-old daughter Gianna, and seven others.

The items—which are being sold by a collector in Kentucky—are part of Julien’s annual “Sports Legends” auction. The sale features 300 rare sports artifacts, including a FIFA World Cup gold winner’s medal and a silver medal from the 1984 Summer Olympics in Los Angeles.

Fans can view the treasures prior to the auction from April 27 in Beverly Hills, California.