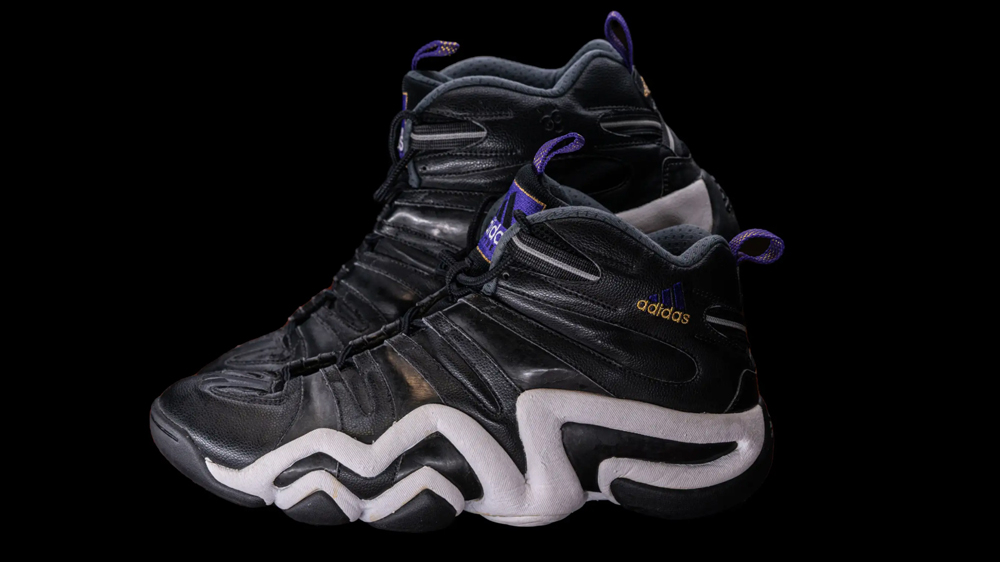 Kobe Bryant is one of the greatest basketball players to ever do it, and now fans have a chance to own a little piece of his NBA history.

The marketplace PWCC is offering the pair of shoes Bryant wore in his very first All-Star appearance, in which he became the youngest star to ever play in the game—a record he still holds. The black-and-white Adidas Crazy 8s feature purple and gold trimmings in a nod to his team, the Los Angeles Lakers. Purple is found on the tongue tag and tab, as well as the heel tab. Meanwhile, the Adidas ankle logo and three stripes heel insignia come decked out in gold.

In the February 8, 1998, game, Bryant and the West faced off against Michael Jordan on the East. Jordan was in his Last Dance season, so the All-Star Game was a matchup between the NBA’s old and new guard. In the end, Jordan came away as the game’s MVP, with 23 points and eight assists, leading his side to a 135-114 victory, while Bryant led the West with 18 points.

Bryant would go on to appear in 18 All-Star Games throughout his Hall of Fame career, being crowned MVP a record-tying four times. “I’m just having fun, having a good time,” he said in a halftime interview during his first appearance. “Michael is a great player, one of the best players of all time. What better way to learn the game than by going at him?”

The shoes up for auction have been photo-matched as the ones Bryant wore in that 1998 game by a number of entities, helping to ensure their authenticity. PWCC’s sale ends October 20, with the current bid sitting at $25,000. That gives you a few more days to shoot your shot and see if you can score a piece of NBA history.