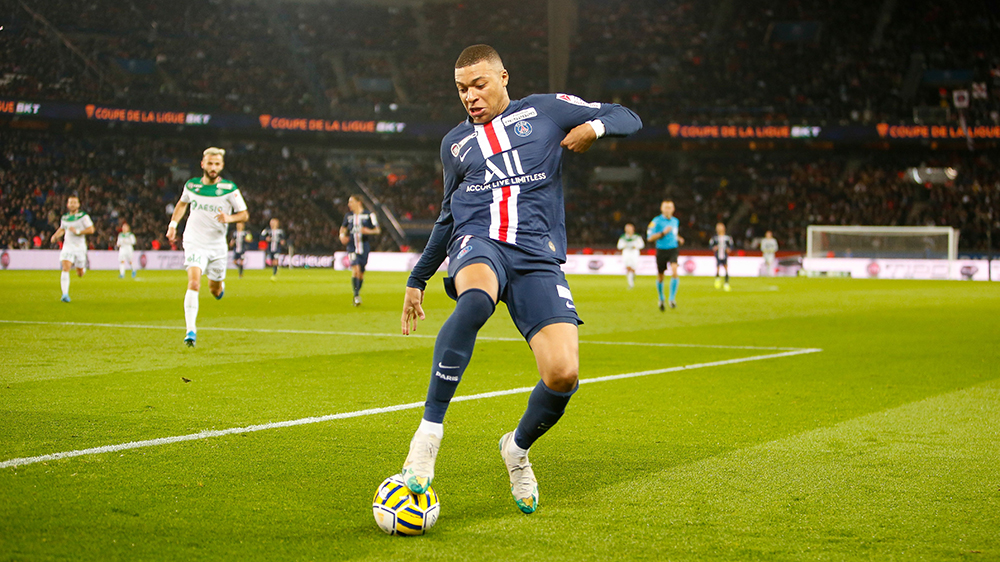 France Football’s Ballon d’Or is widely considered the top individual prize in international soccer, awarded annually to the world’s best player. But despite claiming the award for a record-breaking sixth time last month, Lionel Messi isn’t the world’s most valuable star according to a new study. Instead, that title goes to French wunderkind, Kylian Mbappé.

The 21-year-old Paris Saint-Germain forward tops CIES Football Observatory’s annual list of the world’s most valuable players with a value of $294.5 million, according to group’s latest report. The gargantuan sum puts his value at nearly $100 million more than the astronomical fee PSG paid ($161 million plus $38.9 million in easily achievable add-ons) to purchase his contract from Monaco in the summer of 2017.

While Mbappé may not be as big of a household name as the 32-year-old Messi—or his longtime rival Cristiano Ronaldo—you’d be hard-pressed to find a soccer fan who doesn’t expect the Paris native to inherit the title of world’s best player when the Barcelona and Argentina star finally retires, if not before then. In his six years as a senior team player, the lightning-quick forward has scored a phenomenal 107 goals, won three straight Ligue 1 titles at Monaco and PSG and helped lead France to the 2018 World Cup.

CIES uses a number of factors to determine the open market value for players in Europe five biggest domestic leagues, including their performance for their domestic and international sides, age, position, league they play in, length of time left on their contract and the financial situation of the club that currently play for.

Notable absences from the CIES top 25 include Ronaldo, who is coming to the end of his career at 34, Paul Pogba, whose contract Manchester United purchased for $116.6 million in 2016, and Eden Hazard, who Chelsea sold to Real Madrid for $110 million last summer even though he had just one season left on his contract. Also missing are any central defenders or goalkeepers, with Liverpool defender Virgil Van Dijk and keeper Alisson Becker the highest ranking at those positions, coming in at no. 29 and no. 34, with values of $103 million and $96 million respectively.