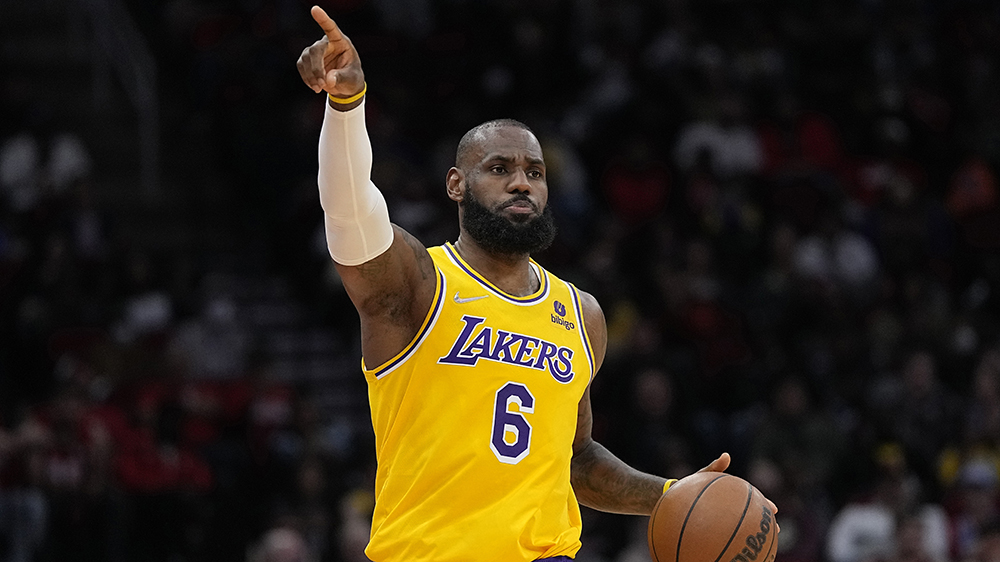 LeBron James may not be considered the best player in the NBA anymore, but there’s at least one statistical category in which he can’t be touched by anyone else in the league.

The Los Angeles Laker is the first basketball player to earn $1 billion while still active, reports Forbes. James, who has been as successful off the court as he has on it, made more money than any athlete not named Lionel Messi last year, pushing his net worth north of 10 figures for the first time.

The 18-time All-Star made $121.2 million between May 2021 and May 2022, according to the magazine. James was the NBA’s fifth highest paid player last season, making $41.2 million in salary from the Lakers. When combined with the $80 million he made off the court that places him at number two on Forbes’s list of the highest paid athletes, behind only Argentinian soccer star Messi, who made $130 million over the same period. The next closest basketball player is Steph Curry who made $90 million.

James has made $385 in salary during his 19-season career, easily making him the NBA’s highest-paid active player. While that number alone is staggering, what has made him a billionaire is his business acumen away from the game. He’s made over $500 million from his Hollywood production company, SpringHill, and investments in companies like Beats by Dre before it was acquired by Apple and Beachbody. Additionally, James made $90 million from his one-percent ownership stake in Fenway Sports Group (which owns the Boston Red Sox and Liverpool Football Club), $80 million from his real estate holdings and another $30 million from his interests in the food and beverage industry.

James, has won four titles and appeared in 10 NBA Finals during stints with the Cleveland Cavaliers, Miami Heat and Los Angeles Lakers, so it’s clear that his focus has remained on the court throughout his time in the league. Despite this, he’s clearly had his eye on becoming a billionaire for a while now.

“I want to maximize my business,” James told GQ back in 2014. “And if I happen to get it, if I happen to be a billion-dollar athlete, ho. Hip hip hooray! Oh, my god. I’m gonna be excited.”

As has happened so many times in his career, James again follows in the footsteps of Michael Jordan, basketball’s first (former) player-billionaire. The Lakers star did manage to get there quicker than His Airness, though. Jordan didn’t join the select club until 2014, more than a decade after his playing career had ended. James still has a way to catch up with the player many still consider to be the GOAT, though. Last year, Sportico named Jordan highest paid athlete of all time, having earned $2.62 billion in inflation-adjusted career earnings.