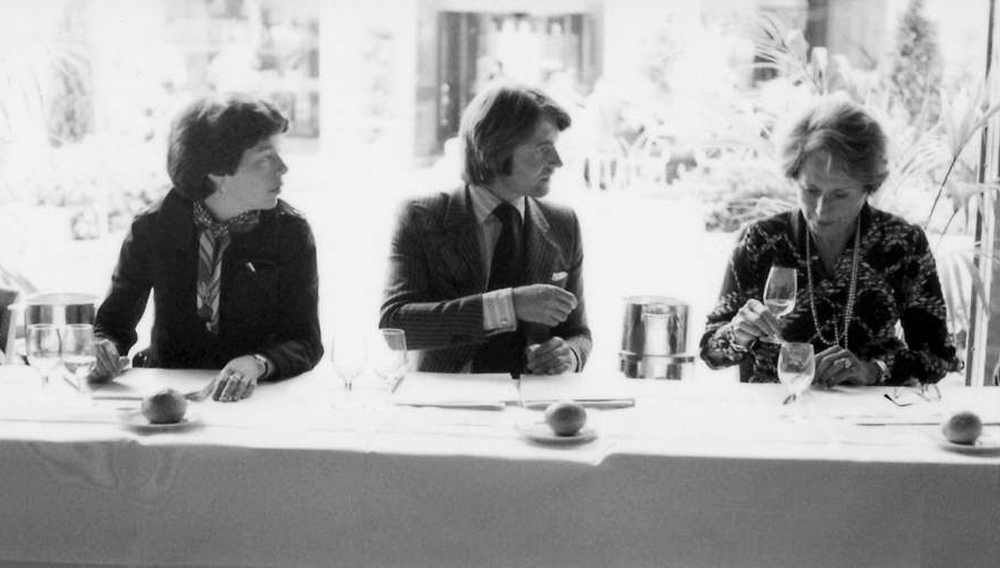 On April 2, the historic La Quinta Resort & Club near Palm Springs, Calif., hosted the 40th Anniversary Judgment of Paris Dinner. In a dining room formerly frequented by Greta Garbo, Errol Flynn, and other luminaries from Hollywood’s Golden Age, the banquet celebrated the moment California’s terroir became as renowned as its Tinseltown.

Fittingly, the guest of honor at the four-course fete—created by James Beard–award-winning chef Jimmy Schmidt—was Miljenko “Mike” Grgich of Grgich Hills Estate winery in Napa Valley. Before starting his own label in 1977, the legendary vintner was the winemaker at nearby Chateau Montelena Winery and responsible for crafting one of the wines that put Napa on the map and the world on notice.

Prior to 1976 and, in fact, dating back to when the Roman Empire first planted vineyards in what was then Gaul, oenophiles had viewed wine as France’s raison d’être. The very thought that anyone else’s product of the vine could compete was blasphemous at best. And it would seem just as unlikely that the catalyst for change would come from a Croatian winemaker discovered by an Englishman who was paying tribute to the Bicentennial of the United States—but c’est la vie.

On May 24 of that pivotal year, British expat and Paris-based wine merchant Steven Spurrier held a blind tasting at the city’s InterContinental hotel. The contest pitted the finest French Burgundies and Bordeaux against California Chardonnay and Cabernet Sauvignon that he had personally selected on a visit stateside. All of the judging was done by nine of France’s top tasters, including Aubert du Villaine (co-owner of famed Domaine de la Romanée-Conti), Christian Vannequé (the sommelier of storied restaurant Tour d’Argent), and Odette Kahn (editor of La Revue du Vin de France). After the last sip had been savored, Grgich’s 1973 Chateau Montelena Chardonnay and Warren Winiarski’s 1973 Stag’s Leap Cabernet Sauvignon took top honors—a clean sweep for the Golden State—and the wine establishment came uncorked.

“Spurrier was constantly staging marketing gimmicks for his shop, and the blind tasting was just another one of his ideas to draw business,” says George Taber, a guest at the dinner and the only journalist who had attended the original event. “I was living in Paris as a correspondent for Time magazine, and told Steven I would be there if I had nothing better to do. Fortunately, I had nothing better to do.”

Had it not been for Taber and his eyewitness account of the decisions (later recorded in his book, Judgment of Paris), the shock waves may have never been felt. “The real winners were not the wineries involved or even the American wine industry, for that matter,” explains Taber. “The ones who truly benefited were the U.S. consumers who realized they could pay less, drink local, and still enjoy an outstanding product.”

But it seems no one was more surprised than Grgich himself. “I received a telegram about the results, but I didn’t even know we were entered in a tasting or what it meant until The New York Times called to say they were sending a photographer to take my picture,” Grgich says. “I started dancing around the winery and singing in Croatian.”

An occasion of that magnitude warrants a momentous meal, and La Quinta’s epicurean enclave Morgan’s in the Desert did not disappoint, nor did the wines—all from Grgich Hills Estate. Palates were primed with amuse-bouche that included vanilla- and pineapple-cured ahi tuna tartar, Shigoku oysters, and grilled ginger- and achiote-cloaked Baja shrimp skewers complemented by nuances of tropical fruit and lemongrass found in the 2013 Fume Blanc they were paired with.

In the first course, sea scallops and lobster-stuffed ravioli with caviar pearls and ginger emulsion melded elegantly with the highly structured 2012 Paris Tasting “Commemorative” Chardonnay and its hints of citrus, brioche, and roasted almonds. It was followed by pan-roasted breast of duck and foie gras rested on caramelized Ruby Queen plums and topped with shallots, micro kale, and bacon gastrique—accompanied by a 2012 Merlot. The main course comprised roasted, aged wagyu eye of tenderloin with ragout of Trumpet Royal mushrooms; roasted beets; and beluga lentils, paired with 2006 and 2011 vintages of Cabernet Sauvignon, both bearing smooth tannins and a lush, lingering finish. And as a sweet send off, strawberry brûlée with honeysuckle ice cream and sabayon custard, and the 2012 Violetta Late Harvest and its expressions of ripe pear and mandarin orange.

Priced at $500 per plate (with proceeds going to the Culinary Institute of America), the 40th-anniversary gala was timed with Grgich’s 93rd birthday and the release of his autobiography A Glass Full of Miracles. It also coincided with his favorite resort’s own celebration of 90 years in operation.

“I was thrilled to see my father so happy and with so many who love him,” said Violet Grgich, coproprietor and vice president of the winery. “He’s brought countless people joy during his long lifetime, and it’s great to see that come back to him.”

And come back to him it did. “I believe God brought me here, and I am so lucky,” said Grgich to those at his table. “This is the best day of my life.” (grgich.com; laquintaresort.com)