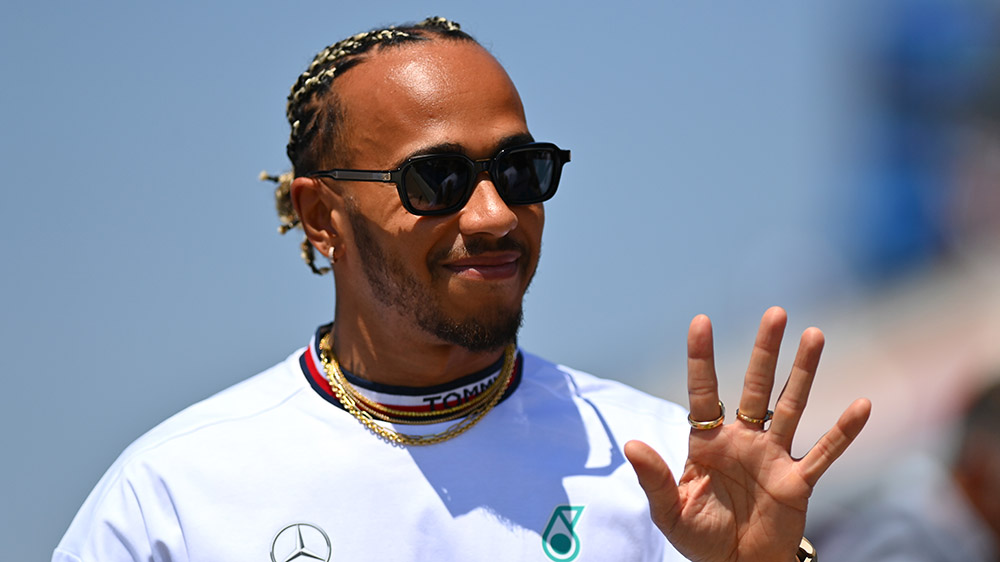 Lewis Hamilton is ready to give another sport a try.

The seven-time Formula One champion isn’t walking away from racing just yet, but he has joined the group that’s about to take over the Denver Broncos, according to ESPN. The sale of the NFL franchise is set to be finalized later this month, at which point Hamilton will become a part-owner of the team.

On Tuesday, the ownership group, which is led by Walmart heir Rob Walton, announced that Hamilton had joined up as an investor. In June, Walton, his daughter, Carrie Walton Penner, her husband, Greg Penner, and co-CEO of Ariel Investments Mellody Hobson agreed to buy the three-time Super Bowl champions for $4.65 billion dollars from its current owners, the Pat Bowlen Trust.

It’s unclear how much of a stake Hamilton will have in the team, but he is the second high-profile investor who’s come onboard since the sale was first announced. Last month, former United States Secretary of State Condoleezza Rice agreed to be a part-owner as well.

“Excited to join an incredible group of owners and become a part of the [Broncos] story!” Hamilton tweeted after the announcement. “Honored to work with a world class team and serve as an example of the value of more diverse leadership across all sports.”

The deal won’t be finalized until Aug. 9, when the rest of the league’s 31 owners are set to vote on the sale. The Walton-led group will need 24 “yes” votes for it to be approved. Last week, the league’s finance committee unanimously recommended that it be okayed. The sale price is a record for a North American sports team, nearly doubling the $2.4 billion Steve Cohen paid for the New York Mets in 2020.

Hamilton’s investment in the Broncos shouldn’t come as a complete shock. Tuesday’s announcement comes a little over three months after it was reported that he and Serena Williams were part of a group that was trying to buy the London soccer team Chelsea FC from Russian oligarch Roman Abramovich. That group wasn’t successful in its bid, losing out to another led by American businessman Todd Boehly, who is also a co-owner of the Los Angeles Dodgers.