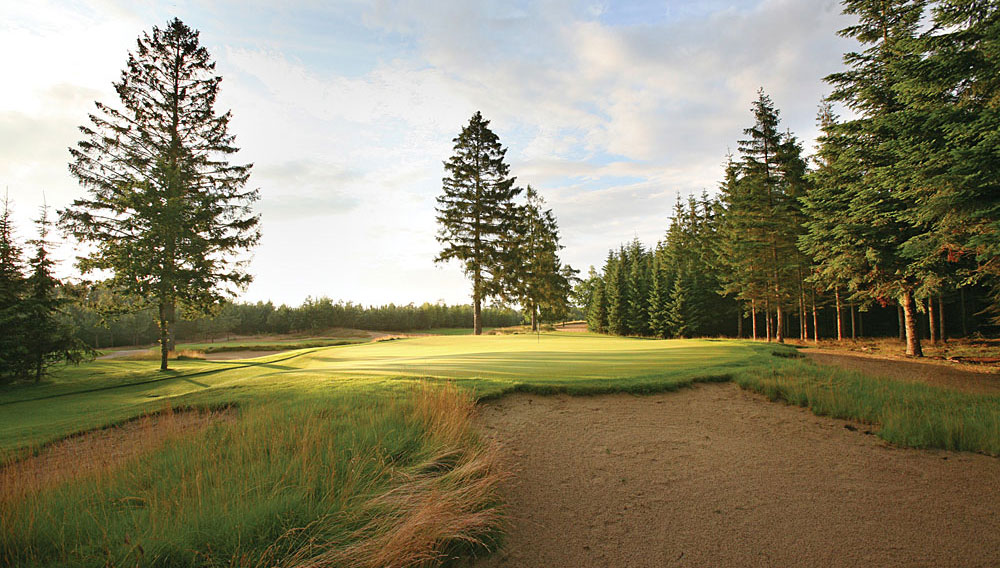 The strange beauty of the 27-hole layout at Lübker Golf Resort (+45.38.40.80.00, www.lubker.com) springs from its combination of the exotic and the familiar, at least for non-Danes. Located near Aarhus, Denmark’s second-largest city, the course—with its sandy soil, marshlands, deciduous forests, and gorgeous native grasses—recalls clubs in both Michigan and the Carolinas. But Lübker also incorporates several features you will not see at any course in the States, including the many species of orchid lining some fairways, and the Viking burial mounds adjacent to one of the holes.

Named Forest, Sand, and Sky, the three nines at Lübker range from nearly 2,500 yards from the closest tees to about 3,600 yards from the tips. As rendered by Bruce Charlton—the president and chief designer at Robert Trent Jones II Golf Course Architects in Palo Alto, Calif.—the layouts feature sprawling waste bunkers that form forced carries yet often serve as buffers between fairway and forest.

Lübker’s Forest, Sand, and Sky tracks are complemented by a nine-hole executive course. The resort, which opened in September 2008, also offers first-rate dining and accommodations.