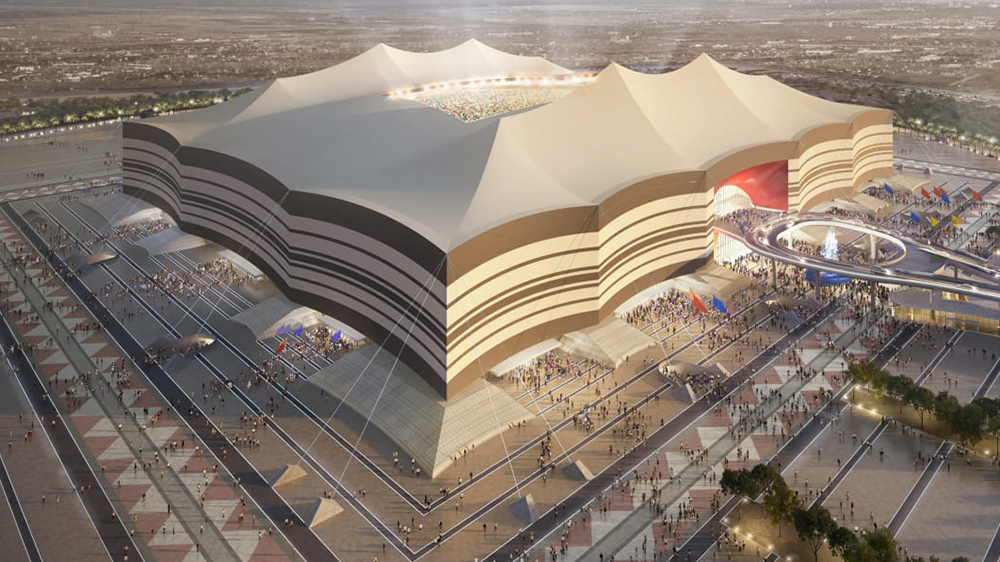 The 2022 Men’s World Cup may still be more than three years away but the six brand new stadiums that host country Qatar is building for the tournament are finally nearing completion. And, if one recently circulated video is any indication, they will offer a level of luxury matched only by your favorite five-star hotel.

In the one-minute video posted on Twitter, three workers are seen surveying a spacious, well-lit suite, appointed with a bed, desk and table for four. That wouldn’t be noteworthy at a hotel, of course, but this was no hotel. As the camera pans across the space, the video shows off an impeccable view of the soccer pitch at Al Bayt Stadium in the northern city of Al Kohr—one of the eight stadiums that will play host to the competition. Indeed, this suite is in the stadium.

Yes, it seems the biggest spenders at the next World Cup will be able to wake from an afternoon catnap or overnight slumber, walk out of their room and immediately take in the world’s greatest soccer competition. In fact, they won’t even have to leave the suite, as the field is perfectly viewable from its floor-to-ceiling windows.

Al Bayt Stadium is scheduled to be completed this December, according to Al Jazeera. The visual design of the 60,000-seat capacity venue is inspired by the tents used by nomads in the Qatar desert. In addition to the hotel-like suites, the stadium, which is set to host the semi-finals in 2022, will include a park, a lake and a retractable roof that can be opened in just 20 minutes. Following the tournament, the stadium’s upper concourse is expected to be turned into an actual hotel.

The 2022 World Cup will take place between November 21 and December 18, 2022. Six of the eight host stadiums are being built from scratch. Of those, only one—the Zaha Hadid-designed Al Janoub Stadium—is currently complete. The two existing stadiums, Al Rayyan Stadium and Khalifa International Stadium, have both undergone extensive expansion and renovations. No word on whether they will be retrofitted with their own suites, but we’re keeping our fingers crossed.

One of the Qatar FIFA 2022 stadium suites.