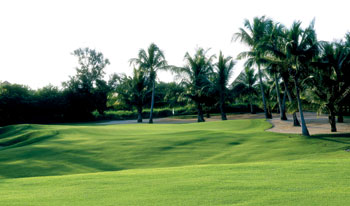 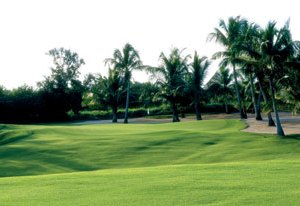 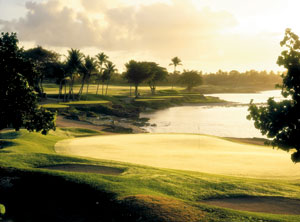 Pete Dye first arrived in la Romana, a remote village on the Dominican Republic’s southern coast, at the request of the local sugar mill in 1968. Three years later, he had carved one of the world’s most spectacular golf courses from the shoreline east of town. Dubbed Teeth of the Dog after the razor-sharp rocks lining its seven oceanfront holes, the course was the centerpiece of the mill’s new Casa de Campo resort. Americans, Italians, Brits, and Germans—many landing in private jets on the airstrip crossing the 18th fairway—soon flocked to Casa de Campo to experience Teeth’s forced carries over the Caribbean and to unwind in the tropical climes. After the addition of Dye’s Links course in 1979, the resort became so popular that the sugar execs enlisted the designer once again, this time to create a retreat-within-a-retreat, a place where Casa de Campo homeowners could escape the growing crowds.

What Dye delivered was, and remains today, a golfing purist’s paradise: La Romana Country Club. “You try to guess your clientele when building a course,” says Dye. “When we were building La Romana, I knew that people wouldn’t be going to the club to dance—they would go there to play golf. These people are ardent golfers, and they don’t want an ordinary golf course.”

Completed in 1990, La Romana is anything but ordinary. The course meanders in a links-style layout through the hills adjacent to Teeth of the Dog. In a departure from links tradition, however, everything at La Romana is big—from the tee boxes and contoured greens to the open, resort-style fairways. Throughout the course, Dye’s signature waste areas, pot bunkers, and forced carries ensure that the route never grows old for its everyday players.

The pace on La Romana is much the same as that of the Dominican at large: leisurely and friendly, but not slow. With only 450 members, most of whom live part-time at Casa de Campo, crowds are never an issue, and the course remains in top shape year-round. The club’s members represent a range of nationalities—primarily Dominican, American, and Italian—and the clubhouse serves as their international town square. “The club is the center of the community for our members,” says La Romana’s general manager, Thomas Wahl. “When people have been away, the first thing they do is come to my office to find out who’s here and who they’re playing golf with.”

When not playing golf, La Romana members can enjoy a private spa and health club, 25-meter pool, children’s pool and playground, tennis courts, and fine dining at the clubhouse. Members also have access to Casa de Campo’s equestrian center, 183-slip marina, and 245-acre shooting range, but golf remains their priority—and their options are only expanding.

Last year, Casa de Campo debuted Dye Fore, a 7,700-yard course overlooking the Chavón River on the resort’s eastern border. La Romana members, who can play Casa’s public tracks for the cost of cart fees, now have access to four Dye courses for the price of one membership. Still, says Wahl, they rarely stray from the club. “The employees know them by name, they know their caddies, there’s no pressure,” he explains. “Our members have access to all the courses, but they tend to play the others only when they have a guest in town.”

Dye, for one, understands the reluctance to leave La Romana Country Club. “Teeth of the Dog can be anything you want because less-ardent golfers can just enjoy the views,” he says of his most famous creation. “But La Romana is probably a stronger course for serious golfers. I don’t know if it’s what I intended, but I dragged some great golfers away from Teeth of the Dog.”

La Romana Country Club will issue a total of only 500 memberships, and there are approximately 450 members on the current roster. Members must own property at Casa de Campo, and they must be invited by a current member to join the club. The waiting period for board approval and acceptance typically ranges from six months to one year. Initiation fees are $21,000, and monthly fees are approximately $100.