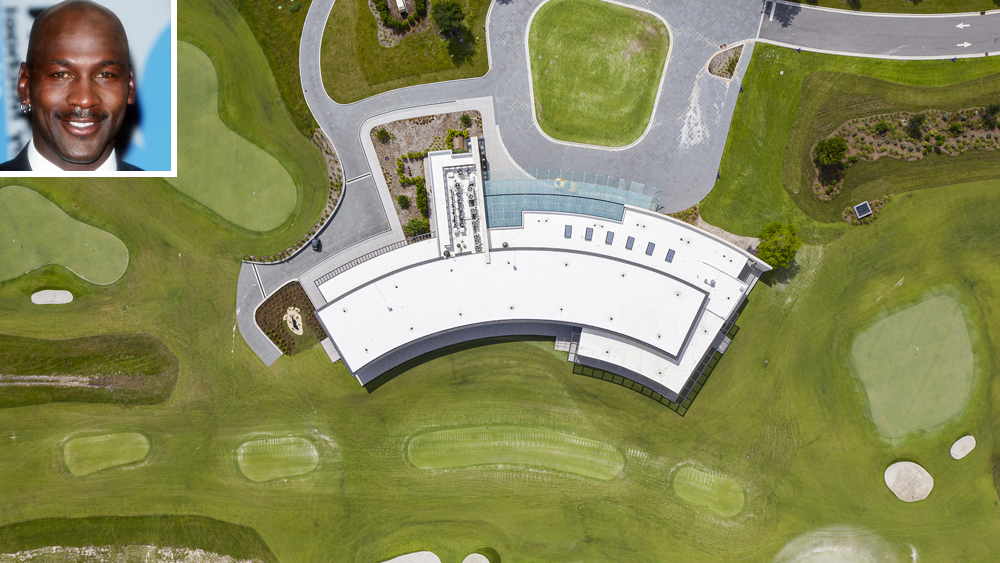 The GOAT is switching up sports. Legendary b-baller Michael Jordan has just opened an exclusive new private golf course in Florida, and it appears to be a slam dunk/hole in one, depending on which sporting analogy takes your fancy.

Named after Jordan’s famed Chicago Bulls number “23,” the Grove XXIII is set upon a former citrus grove near Hobe Sound in South Florida, a stone’s throw from the NBA Hall of Famer’s home. It offers a sprawling 18-hole golf course, a state-of-the-art clubhouse, gatehouse, pro shop, practice range and a learning facility. All of which can be enjoyed, if you’re lucky enough to get in.

The course itself, which is the handiwork of Bobby Weed Golf Design, twists in an ingenious double-helix routing that can be played in either four nine + nine combinations or shorter three- to six-hole loops if your mate Michael is tight on time.

The greens are crowned by a stunning contemporary clubhouse where one can enjoy the requisite game-day tipple while soaking in the incredible views. Designed by Nichols Brosch Wurst Wolfe & Associates (NBWW), the clubhouse spans some 15,000 square feet and pays homage to both the star athlete and the game of golf.

“We wanted the precision and flow of the golf swing as well as Michael’s athleticism and corporate finesse to inspire the contemporary form and detailing of the clubhouse architecture,” NBWW principal Don Wolfe told Robb Report.

To achieve this, the firm focused on creating curved lines based on the gentle yet precise motion of a golf swing and introduced subtle references to His Airness. An avid golfer, Jordan is no slouch on the links.

“The ground floor, with its contiguous slab that cantilevers towards the golf course, seems to hover over the green and creates an impression that mimics the endless ‘hang time’ that Michael Jordan owned,” NBWW president Igor Reyes explained to Robb Report.

In addition to the world-class facilities, the Grove XXIII looks to have insane high-tech servers to cater to your every whim wherever you may be on the course. A clip of a drone delivering a bag of snacks to golfers recently surfaced, while another video shows the UAV dropping off a crate of beers.

Michael Jordan’s course, The Grove XXIII… well its just the future!! Spent all morning trying to book on here!

It’s rumored that less than 100 members will be allowed to join the ultra-exclusive club, which means teeing off is likely off-limits unless you get an invite. Best start networking now.