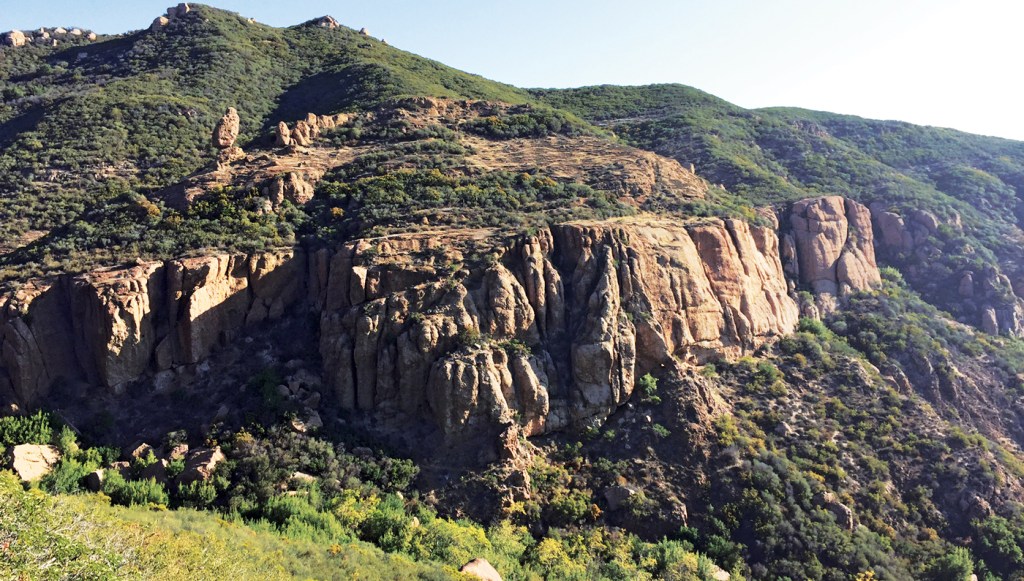 A new luxury outfitter explores a different way to do L.A.

About two miles up from a dusty parking lot, the trail to Sandstone Peak veers left, climbing to a 3,111-foot-high summit where views stretch from snow-covered mountains on one side to Pacific Ocean islands on the other. To the right, a smaller path drops down a slippery slope and cuts through a natural rock tunnel before emerging at the foot of Echo Cliffs. The fortresslike bluffs are empty when a group guided by Ryan Gentry arrives early one morning on a rock-climbing expedition. Though no surprise to Gentry, the lack of company is refreshing given the climbers’ location—just a few miles from one of the world’s most notoriously traffic-choked cities.

Gentry, a cofounder of the Los Angeles–based outfitter Gentry Jackson, is leading the group on an all-day multisport adventure in the Santa Monica Mountains, a range best known outside of Southern California for its Hollywood sign. Less celebrated is the fact that the Santa Monica Mountains National Recreation Area is, at 153,075 acres, the largest urban national park in the world—and a haven for climbing, mountain biking, and more. “People picture L.A. in a lot of different ways, but most of it is Hollywood and the beach,” says the 44-year-old Gentry, a multi-discipline guide and personal trainer who, appropriately, looks the part of a Hollywood leading man. “But when you go up into the Santa Monica Mountains and you’re in what seems to be backcountry, you feel like you’re in a completely different place.”

Launched last year with Josh Jackson, a longtime outdoor instructor and certified wilderness EMT, Gentry’s outfit facilitates true adventures for people lacking the time or expertise to undertake them on their own. The company leads trips to destinations worldwide, but its focus is firmly on the unsung outdoors of its hometown. In a partnership with Santa Monica’s Fairmont Miramar Hotel & Bungalows, Gentry Jackson offers local experiences ranging from stand-up-paddleboarding sessions to far more extreme adventures. Among the latter is the SoCal Trifecta: a predawn-to-dusk excursion ($55,000 for six people, including two nights’ accommodations) in which participants travel by private plane to Joshua Tree National Park, Big Bear Lake, and Catalina Island—and rock climb, mountain bike, ski, and kayak along the way.

Despite the over-the-top nature of some of his trips, Gentry says that each of the adventures is accessible to people of all experience levels. “For every adventure we do,” he says, “there’s potential to dial it up and dial it down.”

Accordingly, the route he picks for his morning rock-climbing group is dubbed Easy Street. The climb is part of Gentry Jackson’s Malibu Trifecta, which also encompasses canyoneering and mountain biking before concluding in appropriate L.A. fashion. “We finish with what you really think of L.A.—the beach,” says Gentry. “And when there’s a boat waiting to take you back to the Fairmont, and a private chef on that boat, it’s the perfect end to the day.”