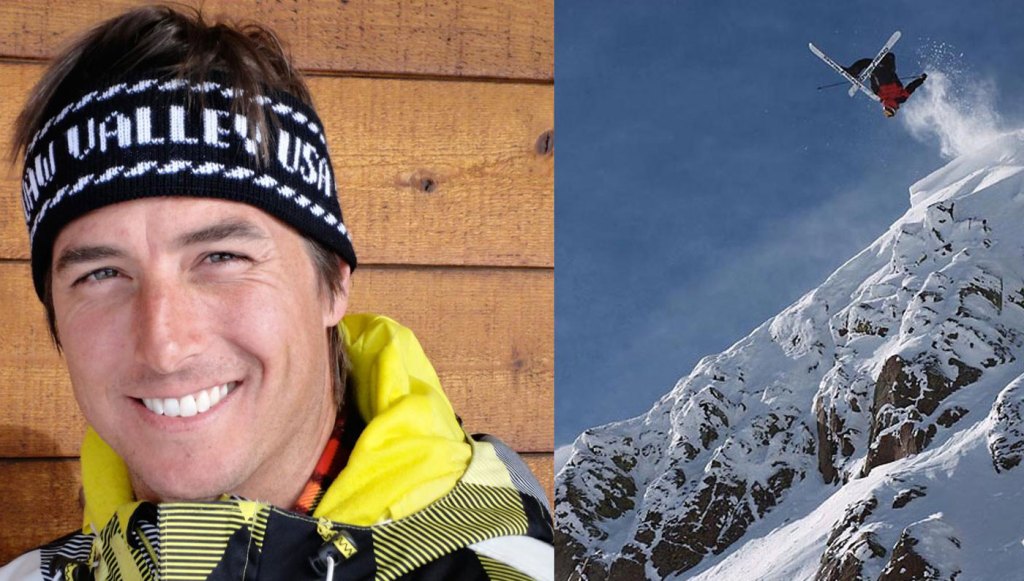 It’s often referred to as “the run that changed skiing”: Jonny Moseley’s gold-medal-winning moguls run in the 1998 Olympics. With his “360 Mute Grab,” he brought freeskiing into the mainstream and became a household name, remaining in the spotlight ever since as a frequent TV show host and all-around ski celebrity.

We caught Moseley at his home on the San Francisco Bay to chat about his skiing second wind and the other ways he’s keeping life interesting.

You’ve done so much: You’ve competed in the Olympics twice, won a gold medal, won so many other national and international titles, done the X-Games, invented tricks, hosted Saturday Night Live… I can’t even list them all. If you had to pick one single thing, which of your accomplishments so far would you say you’re most proud of?

I mean, obviously winning the gold; it’s hard for me to top that. It was such a big buildup, you know? The anticipation, starting when you’re just a little kid and then having it become a reality, and then getting past the excitement of potentially being an Olympian to all of a sudden feeling like it was yours to lose, is a pretty intense experience. And so to have it all come together and work out in that single moment, I’ve never had that type of euphoria.

What does it feel like to finish a world-class run, like you had at the Olympics? What’s going through your head?

The single feeling that I remember the most was relief. Just pure relief. Because it’s one of those things where you could be winning every competition going into it, like I was, and you have one issue, beforehand or during, and it would slip out of your grasp. So it was relief that all the steps I had taken and the sacrifices that I’d made had panned out. And I existed in that state of relief for a while—through to the podium and for a good year after the Olympics, where I just was very relaxed, and feeling good and light. Unpressured. Happy.

And I finished off that season and went back and finished up the World Cups, and then I spent a good three months just celebrating, and that was fun. I moved to LA, surfed every day and partied every night, until I figured out after a few months that was not going to end well. So I got back on the slopes and started skiing again. I started thinking about, what would be my legacy? It was about doing the most I could with that medal, personally and professionally. Freestyle skiers were a little bit marginalized, and snowboarding was becoming very popular, and there was a small group of us who were starting to do snowboard-style tricks on our skis, so I set out to carry the torch with regard to this new style of skiing. And I took that through to the next Olympics. So that was my new goal.

What kind of skiing are you doing these days? And are you still able to hit the slopes pretty often?

I do ski a lot. I have two boys, who are 8 and 5, so they’re into skiing, and I still work somewhat in the ski world. I’m the chief mountain host at Squaw Valley and Alpine Meadows, which is a ski resort out in Lake Tahoe. And that’s a sweet gig, kind of the mountain mascot, if you will. I basically promote the mountain and all their initiatives. One of my favorite things to do growing up, once I started traveling around to different resorts, was to go to Steamboat and see Billy Kidd skiing, or go to Deer Valley and see Stein Eriksen ski, so it’s kind of a trip for me to be on the mountain as the guy you go skiing with over the holidays, but I love it. I love skiing with people. So I’m involved in the ski business, and I’m on the hill a lot. And I narrate the Warren Miller films as well—Warren Miller makes a big ski film every year—so that keeps me on there.

And of course I ski with my kids, which has basically given me a second wind in skiing. It made me really fired up to ski again. I used to think of myself as still in the game, you know? And when I would go out on the hill, I couldn’t go near the terrain park because I would feel like there’d be eyes on me and I’d have to perform, and I couldn’t talk my ego down at all. But mentally I was kind of over it. So it’s taken me a while, and a family and everything, to let that go and realize that I’m not really a pro anymore, and I don’t need to identify as a pro, and I don’t need to go risk my neck, literally, to have a good time. And so that’s given me a new appreciation for skiing—like I can just cruise and do little tricks and just enjoy the sensation, and that’s kind of where my kids are at as well. Even my basic trick to them is pretty cool, so I’ve got a built-in audience. And I can help them learn the fundamentals and I don’t feel the need to keep up with the youngsters. I love skiing more than ever, actually. I’m on the hill a bunch, and loving it.

So, other than skiing, what else do you do for fun?

It seems to be centered around driving my kids to soccer and baseball, and coaching soccer and baseball. I do feel like, as corny as it sounds, my number-one hobby seems to be training my kids, hanging with them. But I would say the one thing my kids and I do the most together that we enjoy, is we do a bunch of fishing in the bay, in the ocean, or wherever we can get it. We live part of the year down here on San Francisco Bay and we’re right on the water, so we’re out fishing all the time, either in the bay or on the ocean, for all kinds of stuff. Salmon, halibut, sharks, whatever’s on the end of the line. We’re water-sports people; we do a little bit of sailing as well, and I’d say those are my main hobbies: sailing and fishing.

I love boats; I’m always buying stuff for boats. So that would be probably my indulgence—you know, little boats and the stuff that goes with them.

It sounds like you have more than one boat—what do you have?

Yeah, a sailboat and a powerboat. One’s kind of a fishing boat, a 25-foot Black Fin, and the other’s a 40-foot Columbia, which is a sailboat. Between the two of those, I’d say that’s my indulgence—I spend too much time and money on keeping those guys in order.

What might someone be surprised to find out about you?

I’m definitely a tinkerer. I’ll spend nights making weird stuff at my house or in my garage, different things I have ideas for. I’m looking at one right outside my window that I use, what I call a yoga ramp. It’s basically like a yoga mat, slanted at an angle, that I use for doing different yoga positions. I’ve got some weird ski training devices and stuff like that. I grew up in a shop, really; my dad had a shop down the street, so I grew up spending nights in there welding and using a lathe and all kinds of stuff. So I enjoy making things and trying to create different products.

What’s the single greatest moment you’ve had in your life so far—the one where you look back and you’re like, that was awesome?

It was kind of crazy to host Saturday Night Live. You know, I just never thought that would happen. Getting into some obscure sport as a kid, and then ending up sort of in that forum, was definitely very odd.

So what’s the top thing still on your bucket list that you’re dying to cross off?

I mean, there’s a lot, but… It would probably be in the sailing realm. Some long ocean journey, sailing-wise, either in a race or not.

What’s your definition of “The Good Life”?

You know, the more I think about it, it’s like, the good life really starts with good health. I’ve had enough injuries; five years ago or so I broke my neck. When you have concussions or you break stuff, and you get lucky by not being paralyzed or mashing your brain, in those moments you say, ‘I swear I will do nothing if I just can stay healthy for the rest of my life.’ But then of course you get better and you start to forget about all that, and you start to push the limits and get tricky. But in the back of your mind you try to keep it in there and remember that having bad health is the worst thing ever. So for me, that’s the good life, trying to be healthy. And then also, on top of that, to have your kids and wife and family be healthy as well. That’s good living. And for me, that’s become my main focus.

A lot of it has to do with maintaining my shape lately. Some of it’s food-based. I’m not a gluten-free guy, but I’m a low-net-carb guy. I cut all that stuff out, and it’s amazing how much better it made me feel. I started eating a lot of nuts and seeds, and just paying attention to what it is that makes me fit and healthy. So getting myself back in shape and getting plenty of sleep, being able to sleep as much as you need to and eat what you need to and eat good food, that’s the good life right there. I swear I’m trying not to sound new-age, but I can’t think of anything besides good food and being fit and healthy and having a healthy family that says ‘the good life’ more. That’s it.