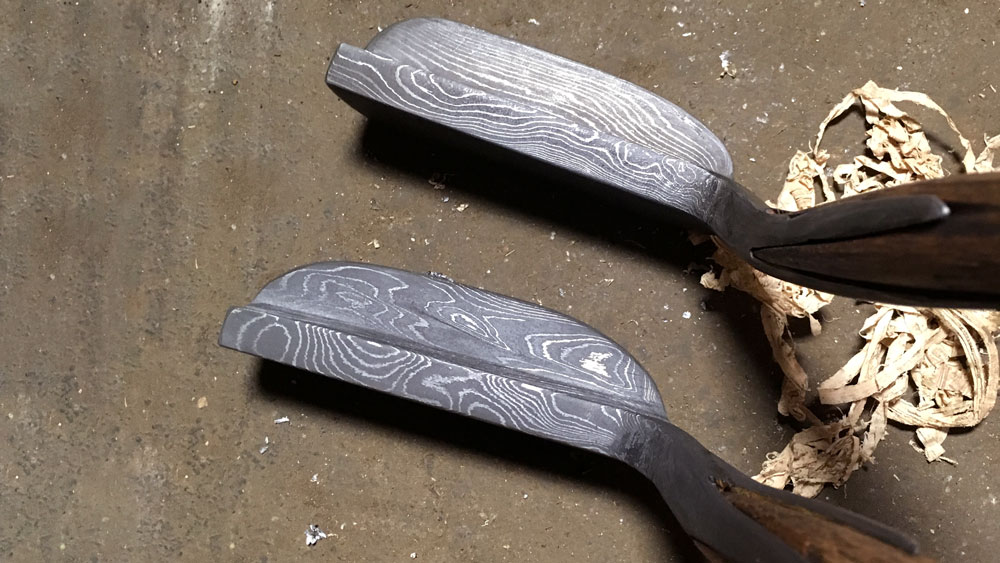 To love golf is to love gear—from the latest and greatest to the totally unique. Who hasn’t been tempted by one of those late-night infomercials on the Golf Channel for a foolproof driver or sand wedge? It’s said that if a golfer goes a year without seeing someone and they show up, grayer, balder, or thirty pounds lighter (or heavier), the first thing the other golfer will say is, “Hey, you got a new putter. Looks good!”

Like these gear hounds of the green, Ray Schueneman, the founder Omaha Special Putter, was so obsessed with the idea of building a perfect putter that he sold his business, built a forge in a nearby parking and storage garage, and taught himself how to make some of the most beautiful clubs you will ever see. He begins constructing his putters by heating the forge to 2,300 degrees and hammering the metal into a rough shape and size. He then grinds it with a flap wheel and a belt grinder into a precise shape, which is then finished by hand file to reach its end weight.

Schueneman then selects a hickory shaft, which is hand fitted to the hosel and epoxied—unless you use what he has dubbed the “quadratang” joint, in which four tangs of metal rise from the head to grip the shaft. “The harder you press down, the more the metal will grip the wood,” he says. A fine shellac is then applied around the joint and made to blend in with the rest of the grip. Schueneman says this process gives his putters a superior feel—from one’s hands down to the blade. The grips themselves are hand cut and wrapped in goatskin, sheepskin, or cowhide. Special stampings can also be applied.

Of particular note are his new Elmo Quadratang putters ($1,000) made with Damascus steel. The material was originally used in swords for its strength and ability to take a strike. For today’s specialty putters, the most appealing aspect of the steel may be the unique grain pattern in the metal that is revealed as the putter is ground down to your specifications. Each putter Schueneman makes is custom built, meaning it will take at least two weeks from order to delivery. But if you find yourself traveling through Nebraska (Sand Hills, anyone?), stop in at his shop, and you can lend a hand in building your own custom putter.

The results are magnificent looking. But these putters are not simply showpieces, they are meant to be played with and will take on a lovely patina with use. The putters have exceptional weight distribution and a soft touch on the greens. They also set up nice and square, with balls roll smoothly off the face—all qualities that are sure to give you confidence on long and short putts alike.