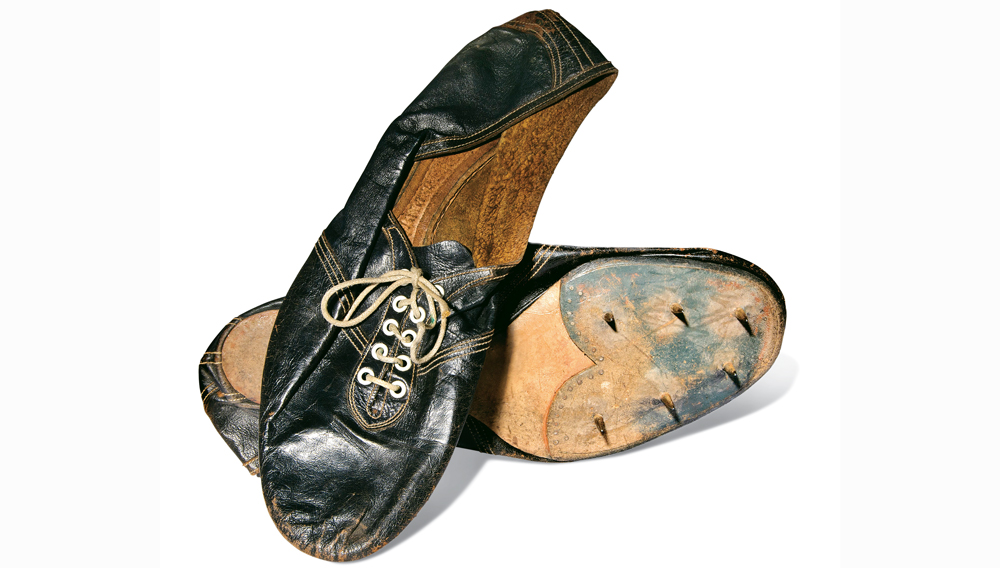 In the summer of 1954, a 25-year-old University of Oxford neurology student and Olympic runner named Roger Bannister did what scientists had long thought was not humanly possible: He ran a mile in under 4 minutes. The London-born athlete crossed the finish line at Iffley Road Track in Oxford in 3 minutes, 59.4 seconds, breaking the world record, which had stood at 4 minutes and 1 second for nearly a decade. On September 10, the shoes that carried Bannister into history will be auctioned by Christie’s South Kensington (christies.com) as part of its Out of the Ordinary sale. The leather size 10s are expected to fetch $47,000 to $79,000, and, per Sir Roger Bannister’s request, a portion of the proceeds will benefit the Autonomic Charitable Trust.

Bannister’s shoes were made by G.T. Law & Son, the leading sport shoemaker at the time. They were the go-to brand for English rugby star Prince Alexander Obolensky and for the Springboks, South Africa’s rugby team.

At about 4.5 ounces, Bannister’s running shoes were among the lightest at the time, but they are more than an ounce heavier than modern track shoes, which often employ ceramic or plastic spikes.

The metal spikes are exceptionally thin, helping them grip and release Oxford’s uneven, gravel track. The day of the race, during his medical training, Bannister sharpened the spikes on a laboratory grindstone.

Using his knowledge of physiology, Bannister discovered he ran more efficiently when he ran high-speed consistent splits, currently known as high-intensity interval training. The technique is now regarded as one of the most effective ways to drop times.

Bannister never met with G.T. Law & Son for a proper fitting and the shoes were built from an all-purpose wooden last drawn from a pencil outline of a roughly size-10 foot.

After placing fourth in the Helsinki Olympics’ 1,500-meter race, Bannister was determined to break the 4-minute record, but medical school allowed him to train only 45 minutes a day. Today’s elite runners train about 10 hours per week.