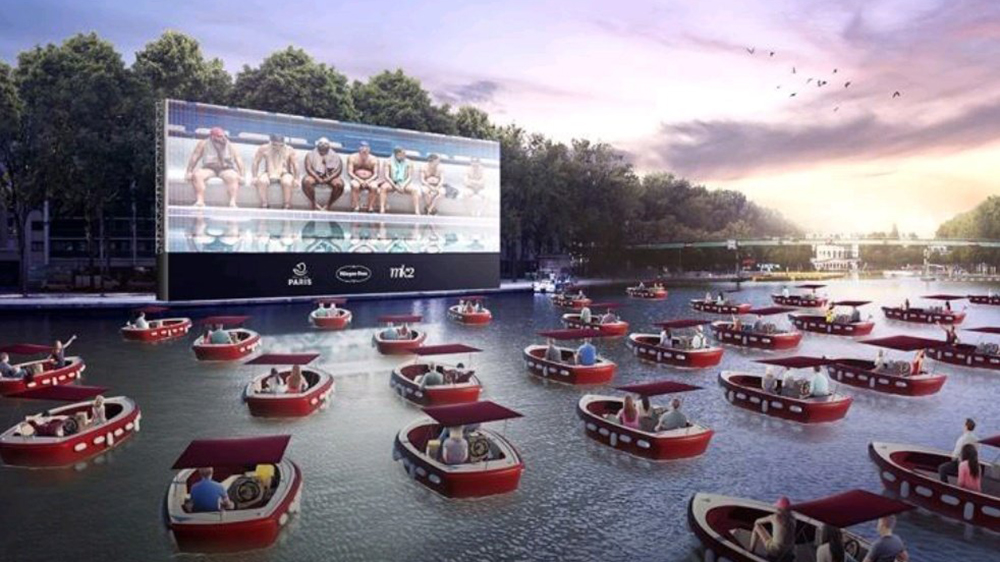 Drive-in theaters have gotten a boost because of the global pandemic, but what about a float-in theaters? Paris is set to give the concept a try, as the city cautiously opens up for the summer following the coronavirus lockdowns.

On Saturday, July 18, the French capital will set up a floating movie theater on the Seine as part of the Paris Plages, an annual event where the famous river banks are temporarily converted into a seaside resort. While things will be a little more reserved this year because of the world health crisis, there’s hope that the floating movie watch and other events will help restore a sense of normalcy during such an uncertain time.

Cinéma sur l’Eau, which translates to Cinema on Water, is being viewed as the official start of summer in Paris, according to My Modern Met. As part of the event, 38 eclectic boats will be set out on the water at the Bassin de la Villette for a screening of the 2018 comedy Le Grand Bain. Each boat has space for up to six people, with seats reserved for friends or members of the same family so that no one’s health is put at risk.

For those not lucky enough to score a boat slot—or if you’re prone to seasickness—150 deck chairs will also be set up on the Quai de Seine to take in the film, which stars Guillaume Canet, Virginie Efira and Mathieu Amalric. Le Grand Bain, which translates to Sink or Swim, tells the story of a group of middle-aged men who band together to form a synchronized swimming team. The Covid-19-themed short film, A Corona Story, will also be shown.

If you’re in Paris, and intrigued by the idea of watching a movie while floating in a boat, you have until Wednesday, July 15, to enter the ticket lottery. The event is sponsored by movie theater chain M2 and Häagen-Dazs. In addition to marking the start of summer, the movie will kick off and celebrate the reopening of movie theaters throughout the city. Vive le cinéma!