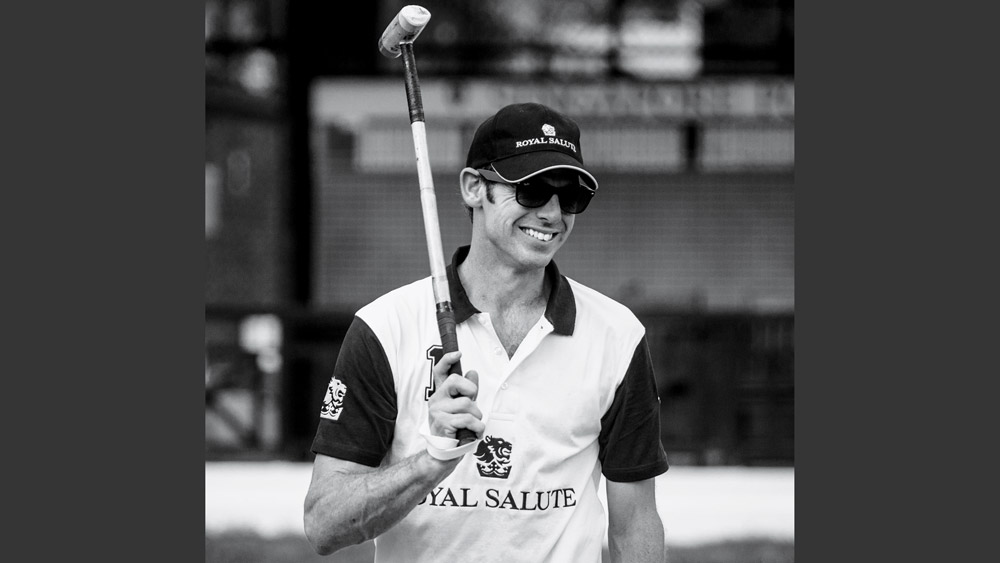 Third-generation polo champion Malcolm Borwick is the world polo ambassador for Royal Salute whisky, whose Royal Salute Coronation Cup has raised more than $2 million for Prince Harry’s charity Sentebale, aiding children in Lesotho and Botswana. In March we rode up alongside Borwick to talk about the sport of kings and two of its most notable players: Princes William and Harry.

Where are the best players coming from?

Without a doubt, Argentina. Beginning around 1900, they had everything needed to create a polo dynasty, which was time, an equine culture, and flat land. Now, if you trace the Argentinean polo culture, it literally goes back to just two families. And in Argentina, if you’re in a polo family, you play polo and that’s all you play.

For me, the perfect expression of an equine athlete is a Thoroughbred. The Argentine polo breed is basically seven-eighths Thoroughbred with a drop of Argentine Criollo genetics, which has a quieting-down influence and gives the horse more mental capacity.

Is polo a sport you must learn when young, as you did, or can it be mastered later in life?

To be professional in a sport, you need to have done 10,000 hours of repetition – that’s the standard for subconscious muscle control, to be able to hit a ball with your eyes shut. If you’re 40 years old, it’s unlikely you’re going to have three hours a day for ten years to get to that professional level—even if your body was capable of reaching that goal. However, polo is a Pro Am sport; with our teams, we have one amateur and three professionals. So, you can buy a team, play alongside three professionals, and compete against some of the best polo players in the world.

What physical strengths are required for polo?

If you don’t spend a lot of time in the saddle you will never understand the sport. There is no gym work to replicate the feeling of actually clamping onto the saddle. The best analogy I can give is to get one of those big wobble balls, and try to sit on it, just squeezing with your knees, without your feet touching the ground. You’ll fall off in 30 seconds. Do that for an hour and see how tired you get. That is the type of repetitive training you need, with a very strong core and a great sense of balance. The force used when hitting the ball is where your conditioning work comes in.

Any other tips for aspiring polo players?

Repetition, repetition, repetition. You’ve got to practice relentlessly. When I’m working with younger players who are really aspirational about the sport, I tell them to spend hours with stick and ball until hitting the ball becomes so natural that in a game environment, it just happens.

You’ve played with both Prince William and Prince Harry. Which one is more aggressive?

Polo is often a reflection of your personality. Prince Harry is by nature very optimistic as a person and always pushing boundaries, always challenging people, and that’s how he plays polo. The Duke of Cambridge, Prince William, is a defensive player—he’s very controlled, and plays really well in his role in the back.

What is your favorite post-match drink and meal?

Jaffa Cakes—little chocolate-orange biscuits! They’re very English, and by complete coincidence, they happen to have the perfect nutritional value of the proper levels of salts, fats, and sugars to replenish your energy.