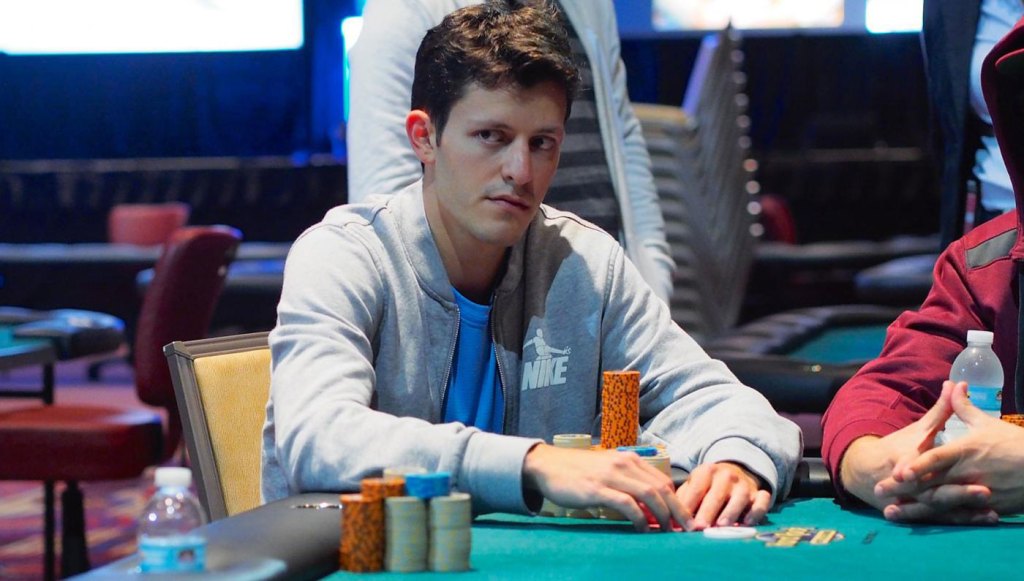 Matt Waxman is a well-respected professional poker player who lives in Fort Lauderdale, FL. He is 30 years old, and has been playing cards for a living for the last decade. He is a past winner of the prestigious Grand Prix de Paris. And he has also bet his entire net worth on a single hand of poker—twice. As Waxman himself will tell you, sometimes you eat the bar, sometimes the bar eats you.

Tell us about the first time you bet your life savings on a poker hand.

Early on in my career, all I wanted to do was go big-time and become a true pro. But I didn’t have the funds to support myself; you need money to buy into a lot of the tournaments, and it gets expensive. So particularly early on, I would bet very aggressively to try to up my worth so I could advance my career. I used to play a lot on a gambling boat that went into the ocean out of Port Everglades in south Florida. One time, I was playing at a table and there was the biggest fish there you’ve ever seen. In the poker world, a fish is a guy who’s making bad decisions at the table, usually less experienced than the other players. You want to keep the fish around as long as you can so you can take his money. And this guy, man, was he a loose cannon. I really thought I could get him in bad shape. So I ended up with a pretty good hand, top two pairs jacks and 10s on a 9, 10, jack flop, and I just said, “All right, screw it,” and went all in. I was young and overconfident, but also the most nervous I’d ever been at a poker table at that point in my life. After the betting was over and the majority of my net worth was in the pot, we showed our hands. My opponent flipped over a king and a queen for the nut straight, the best hand possible. If I could hit a jack or a 10 on one of the next two cards, I would improve to a full house and win the pot, but it was a long shot. The turn and river were no help and I watched all of my chips—my money, most of my net worth—get dragged across the felt to my opponent seated across from me.

At the risk of asking the obvious, how’d that feel?

[Laughs] I was devastated. Just gutted. My heart dropped when I saw what he had. I immediately left the table because, well, what else was I going to do? I was tapped! I went up to this breakfast buffet they’d always open up late on that boat. They’d serve eggs and bacon and French toast and all that. And I remember so vividly how much better everything tasted when you won, and how bad it tasted when you lost. I’ll never forget eating those eggs on the way back to port. They were the shittiest eggs I ever ate in my life.

Was that the last time you ever went all in?

Believe it or not, no. A few years later I found myself at the L.A. Poker Classic, which is a part of the World Poker Tour. At the time, it was my goal to win a WPT event. But the buy-in at the tournament was almost as much as my net worth, so that made it impossible for me to play. So I sat down in a side tournament determined to win enough to pay the buy-in and still have enough left over to actually play the WPT tournament. And I got pretty hot and made a lot of money, or at least a lot to me at the time. On one hand, I called a man’s re-raise with the 7 and 8 of diamonds. The flop came with a 6 and two 8’s on it, giving me three of a kind. I check-raised my opponent, meaning I wagered more of the money in front of me. He called and the turn card was a 3, I bet again and he called. By the river—the last of 5 community cards—another 8 fell and I made four of a kind. I just went all in—my whole net worth on the table again. My heart was racing. He called my hand, and I showed my hand, and he folded. And I essentially doubled my net worth in one hand. Man, I was elated. I stayed at the table for about another hour and a half just folding hands and playing conservatively, which is an etiquette thing. It’s a bad look to take all of a guy’s money and then leave the table.

So what did you do with the winnings? Go out and buy something crazy?

So you knew your hand was unbeatable when you went all in. Would you ever do that on a bluff?

I’ve made some pretty big bets on bluffs. Sometimes you just think it’s the right thing to do. And if you know the right thing to do but you let the money affect your decision, then you shouldn’t be playing. The money simply can’t affect how you play, it can’t be the reason behind your decision. You have to use logic and not be afraid. It’s just a numbers game. Like you said, sometimes you’re going to win, sometimes you’re going to lose.

Have you learned anything from betting so big?

Yeah, eventually I learned to dissociate my emotions from the outcome at the poker table, because the highs and lows become too much for any man. It’s a series of logical decisions, you have to know that. If you lose, it’s not the end of the world. And when you win, it’s not everything either. You need to be able to not let the results affect the way you feel. But it took me a long time to realize that, to control it. I couldn’t do it until about three years ago, and I’m 30. As you could imagine, my 20s were very interesting.