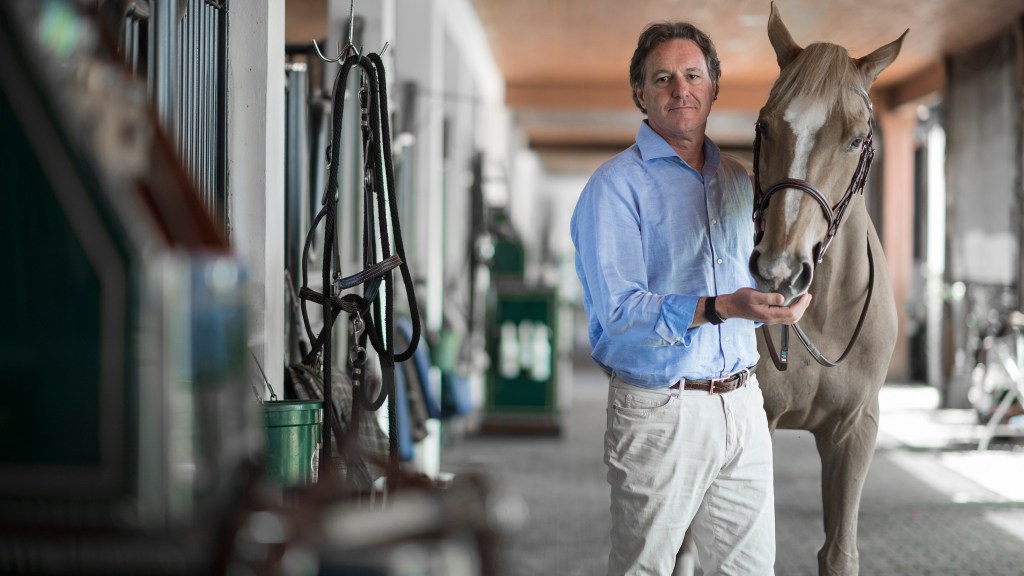 Mark Bellissimo is the dark horse of the modern equestrian world. An outsider to the sport—up until a few years ago, he would have chosen hockey skates over a saddle and stirrups—the Florida-based real estate developer is now the driving force behind revitalizations of the sport’s most popular U.S. events.

Today, Bellissimo is the founder, managing partner, and largest shareholder of equestrian complexes in Florida, Colorado, and North Carolina. He and his partners have invested more than $500 million in the equine industry and presently manage several of the world’s premier equestrian events, including the upcoming FEI World Equestrian Games taking place this September at North Carolina’s Tryon International Equestrian Center. The event promises to be the most attended sporting competition in the U.S., involving nearly 1,200 horses and 500,000 spectators from 70 countries and 50 states. It is projected to have an economic impact in excess of $400 million.

We spoke with Bellissimo about the financial power of today’s horse lovers, the subpar show experience that inspired his current path, and how he, a casual rider, became the “rainmaker” of the equestrian world.

How did you get involved in horse sports?

When our children were young, they took lessons at a barn near our house in New Hampshire, and my wife, Katherine, began riding, too. We started traveling the show circuits, which led us to Wellington, Florida, for the annual Winter Equestrian Festival.

When did you realize you could improve on the traditional way equestrian events are organized?

One winter in Wellington—prior to our partnership’s purchase of the Palm Beach International Equestrian Center—we were watching our daughters compete. I looked around and thought the quality of the spectator experience did not match the quality of the competition. The center’s grounds were muddy, there were only portable bathrooms, and few concessions. I also felt the admission fee was a barrier to the general public. After our purchase, we did away with that and created an open atmosphere where spectators can comfortably enjoy the talent of horses and riders.

How have you made participation in horse sports accessible to a wider demographic?

We opened the Palm Beach Riding Academy, a reasonably priced platform for children, teens, and adults to get involved in riding. It’s been exciting to watch it flourish in Wellington, where equestrian sports can appear to be out of reach for many people. Opportunities like this grow the sport from the grass roots. We’ll implement a similar program at the Tryon International Equestrian Center after the FEI World Equestrian Games.

What is the “state of equestrian sport” now in the U.S.?

It hasn’t reached its potential to become more mainstream. Our partnership’s goal is to find creative ways to bring equestrian sport to more people. That was a motivating factor behind our Central Park Horse Show, held in the heart of the largest international hub in the world. If we continue to promote and engage new audiences, sponsors, and participants, we will see the sport move in an upward trajectory.

How important are the FEI World Equestrian Games?

On social and digital media platforms, equine-related interests are among the most highly trafficked categories. And these are compelling statistics: eight million people a year snow ski, 23 million play tennis, 25 million play golf—and 27 million people ride horses. Horses touch more lives than some of the world’s most popular hobby sports!

Our goal for September is to capitalize on that audience and reach those people through what unifies them: the horse. In addition to the championship competitions in world-class venues, the World Equine Expo will be an interactive site for vendors, demonstrations, clinics, and discussions. We’re also thrilled about our partnership with NBC, which will leverage unprecedented national and international broadcast coverage for equestrian sport.