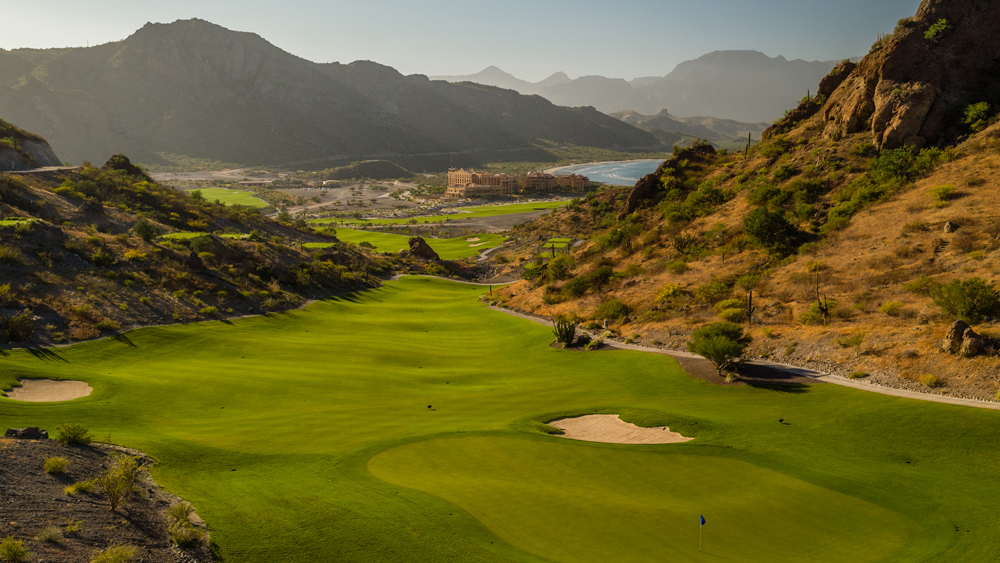 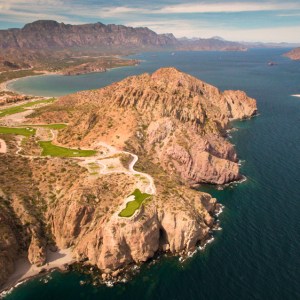 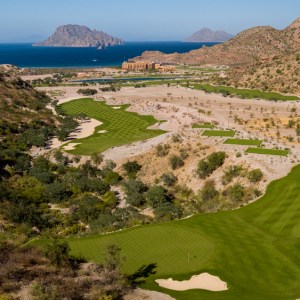 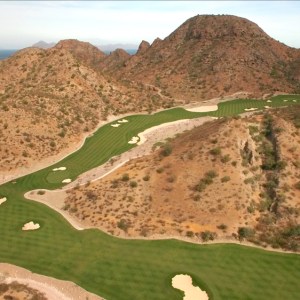 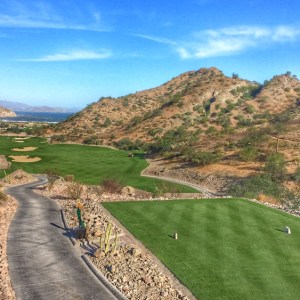 Back in the fall of 2016, the Danzante Bay Golf Club unveiled the first 11 completed holes of its dramatic and unique layout designed by Rees Jones. It’s a course that plays over, around, and between the rocky, scrub-covered buttes of the Sierra de la Giganta mountain range on the east coast of Mexico’s Baja peninsula.

At that time, invited media guests (and, soon thereafter, guests of the Villa del Palmar Beach Resort & Spa) played the first hole, a short par 4 with a wide fairway and few hazards; the ninth hole, a downhill par 3 framed by the clubhouse and a prominent, rocky bluff beyond; and the course’s diverse back nine, a stretch of holes punctuated by the layout’s signature 178-yard par 3 (more on this later).

Two weeks before Christmas, the golf club celebrated its official grand opening, with Jones on hand to participate in the ribbon cutting ceremony, to speak about the project, and to evaluate the recently completed holes in the most honest manner possible—with a golf club in his hands. “I was given an unbelievable piece of land,” says Jones. “People now can enjoy the natural aspects of it as well as the game of golf.”

The landscape—in particular, the routing that the course follows—takes golfers on a journey from the valley, through the canyons, to the beach abutting the Sea of Cortez, up the aforementioned mountains, and over dramatic cliffs. Despite the fact that the development’s original plans called for 200 home sites, Jones encountered no pushback when he presented to developer Owen Perry his proposed course layout—a map that no doubt utilized some of the most prized acreage of the property. In fact, Perry has since eliminated at least 50 housing lots from the development’s final plan, a decision that Jones says has everything to do with the quality of the golf holes that he and his team have created. “Every time we turn around,” he says, “they’re eliminating a [home] lot to preserve the golf course.”

As you move on from the first green to the second tee box during a round at Danzante, you enter a seven-hole stretch that Jones aptly describes as the course’s “canyon holes,” and for good reason, since they play around and in between some majestic desert canyon walls and steep mountainsides. The second shot on the second hole, a par 5 that doglegs subtly to the right, brings golfers into the canyon and offers them a chance to play aggressively for the green.

The tee shot on the following hole, a par 3 that varies in length from 117 to 207 yards (depending on the tee box you are playing from), presents a similar choice. The par 3 is what Jones calls a “do-or-die hole,” and one that he compares to the 16th hole at Cypress Point. In fact, the architect took a design lesson from the layout of that famous hole at Cypress Point and built a crescent-shaped stretch of fairway to the left of the green, giving players a safer tee shot and a bailout area, should they not want to take on the carry over the canyon.

After playing the short, downhill par-4 fourth hole—one that gives longer hitters a chance to potentially drive the green—golfers arrive at the fifth, a long par 5 that plays downhill through the canyon with the Sea of Cortez in the background. (You will also find some great views of the Sea of Cortez at the beach mansion Paradiso Perduto, which has its own 18-hole golf course.) “You don’t get canyon holes looking at the ocean too often,” says Jones, who notes that the hole’s straight line of four fairway bunkers requires players to “zigzag” their way from tee to green.

The fifth hole, with its added length and a prevailing wind blowing from the ocean, also contrasts the earlier par 5, one defined by its risk-reward second shot. “I always try to do that,” Jones says, “to build a course with two, real 3-shot par 5s and two, go-for-it par 5s.”

Such diversity extends beyond the two par 5s on the front nine, as the fourth and sixth holes are shorter par 4s that offer good chances for birdies, while the seventh and eighth holes are longer par 4s where par is an excellent score. “What I really love about the new seven holes,” says Jones, “is you really have a mixture.”

If Danzante Bay has a flaw, it may be that the 16th hole—a 345-yard, uphill par 4 with its green tucked just out of sight behind the protruding hillside on the left—feels too similar to the previous 15th hole. That 349-yard hole also plays up the mountainside, albeit straight ahead and with more spectacular scenery thanks to four striking greenside bunkers and a towering, rocky precipice behind the putting surface.

That the 16th hole is neither dramatic nor overly exciting is easily forgiven—in truth, almost immediately forgotten—once golfers reach the 17th tee box. The 178-yard, clifftop par 3 features a shallow green that angles away from the tee boxes and is surrounded by a horseshoe-shaped bunker that wraps itself around the front, right, and backside of the putting surface. With the Sea of Cortez 250 feet below, the hole is exposed to the swirling winds off the ocean, which makes an already intimidating tee shot that much harder.

While Jones draws parallels to Cypress Point when speaking about the dramatic par-3 third hole in the canyon, at number 17, the 76-year-old architect makes a connection with the 12th hole at Augusta National. “I must’ve played 50 or 60 times at Augusta,” Jones says, “so I got to know the golf course pretty well. You utilize your experience playing golf courses when you design one.

“Neither of the holes are long,” he says, continuing the comparison, “but you have to think about where the pin is, what the safe shot would be, and also about the swirling winds. That’s what makes both holes great.”

Jones is not surprised that this par 3 perched on the cliffs high above the Sea of Cortez has garnered plenty of attention from the golfing world. “One-shot holes capture people’s attention,” he says, “because the holes unveil themselves all at once.”

At Danzante Bay, the location’s varied and dramatic landscape unveils itself gradually over an entire round. Signature holes notwithstanding, that may be the course’s greatest attribute.