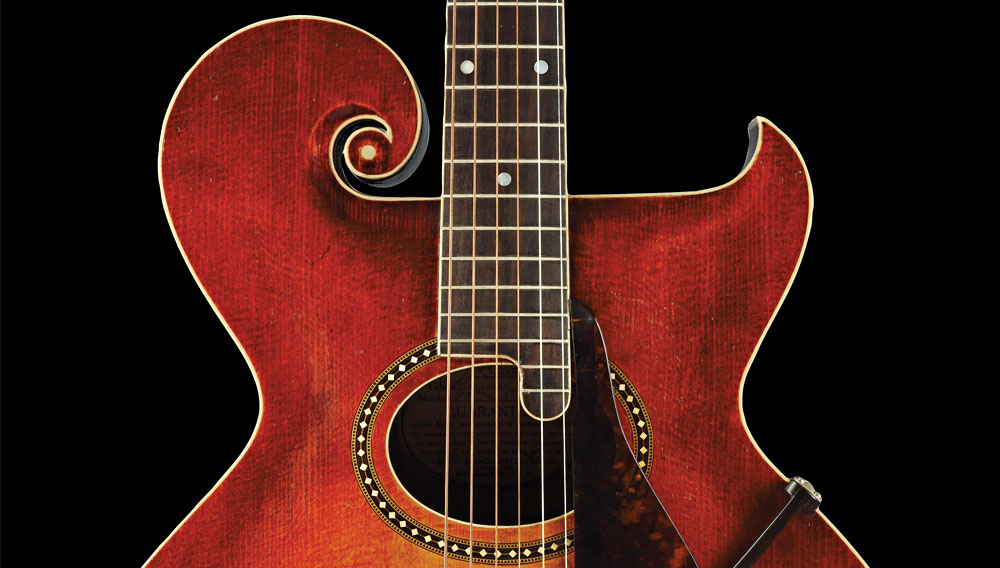 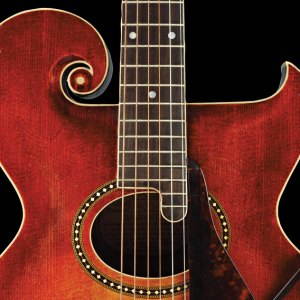 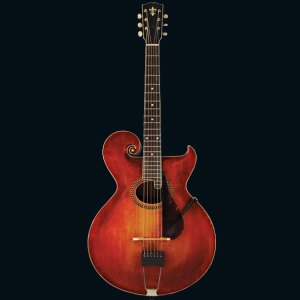 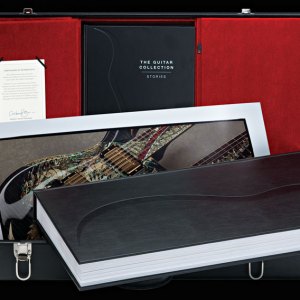 When he founded the Gibson Mandolin-Guitar Co. in 1902, Orville Gibson initially focused his efforts on the former instrument, often fashioning models with scroll-shaped bodies and other design elements that were purely aesthetic. Likewise, the line of Style O guitars that Gibson introduced in 1908 included features intended primarily to enhance their appearance. But because such flourishes as scrolled upper ribs made these guitars difficult to produce in mass quantities, the company removed the Style O from its catalog in 1923, after Gibson’s death.

The Style O shown here, which belongs to the National Music Museum in Vermillion, S.D., is featured with 149 other noteworthy guitars in The Guitar Collection (www.theguitarcollectionbook.com), a new coffee-table book from Epic Ink that is available in three limited editions priced from $1,500 to $3,000. A companion volume contains the story behind each guitar, but as with the Style O, just viewing The Guitar Collection is a pleasure.