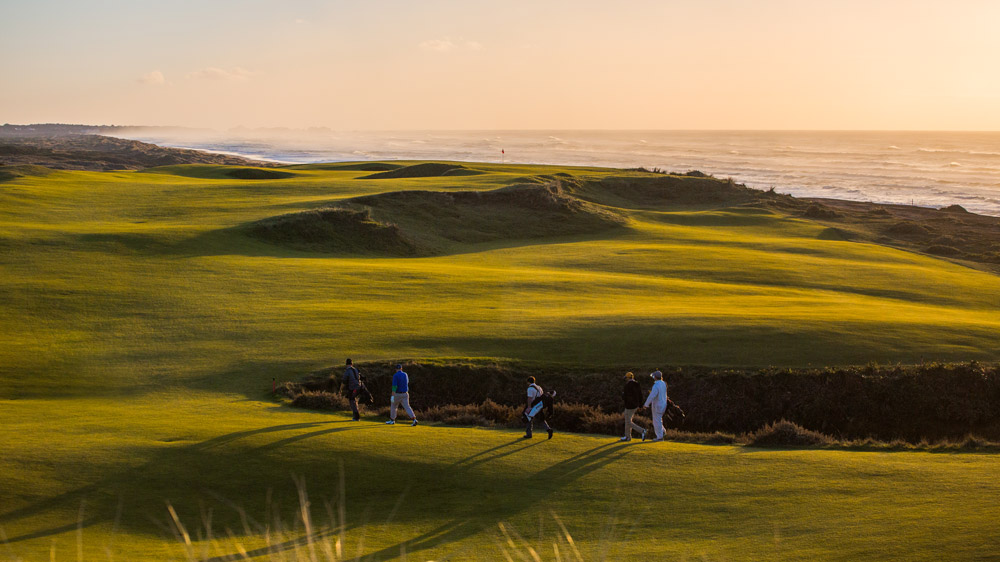 In May, Sand Valley Golf Resort in Wisconsin opened Mammoth Dunes, the development’s second course and the latest from architect David McLay Kidd. The son of a Scottish greenskeeper, Kidd, 51, has been around golf his entire life and designing courses since the late 1990s when he made his debut with the original course at Bandon Dunes in Oregon.

His work has taken a few turns over the year, but since the opening of Gamble Sands in Washington State in 2014, he’s been dedicated to making golf fun—providing wide fairways, friendly mounding, and other features that give golfers confidence and “allow the average player a chance at par, but if he screws up, still a chance to recover and not have to put the ball in his pocket.” That’s a long way from what Kidd saw when he arrived in the United States nearly 30 years ago.

What were courses like when you first came to the United States?

I went straight to Southern California and saw courses like PGA West, La Quinta, and Pelican Hill. They were visually awe-inspiring, but what did they have in common with the classic courses I was brought up with in Scotland? Very little. I’d read that Pete Dye took inspiration from Prestwick. Then I looked at PGA West in the desert and thought, “That doesn’t look like the Prestwick I know.”

How did you get your chance?

I met Mike Keiser in 1994 when he was talking to everyone and their dog about the land that is now Bandon Dunes. I couldn’t compete with what I saw being created, so I pitched Mike what I knew—simple, land-friendly, slightly brown, no carts, pot bunkers, rolling fairways. It’s what a true links is, not what was being called a links in the U.S., which wasn’t even close. Bandon was the beginning of an awareness by American golfers that golf should be slightly unpredictable, it doesn’t have to be a board game.

Is Bandon Dunes your best work?

It’s hard not to put it near the top, but I took a site that was a 9 out of 10 and built a 9-out-of-10 course. What gives me a kick is taking a site that’s not great and creating something great, as I think we did at Huntsman Springs in Idaho.

What’s next for you?

Mammoth Dunes will be a big deal. I’m also working with Mike [Keiser] on a secret project, I can’t say where or when. We’re working on a huge project in the Middle East, in the Bahamas, a second course at Gamble Sands.

What’s next for golf architecture?

The path I hope we’re on is savvy developers building on good pieces of land without needing real estate to justify the work. Otherwise, you’ll be going to Topgolf to play a hologram of a cyber course that doesn’t exist in reality. I’m not the only architect wondering what our intellectual property rights will be.