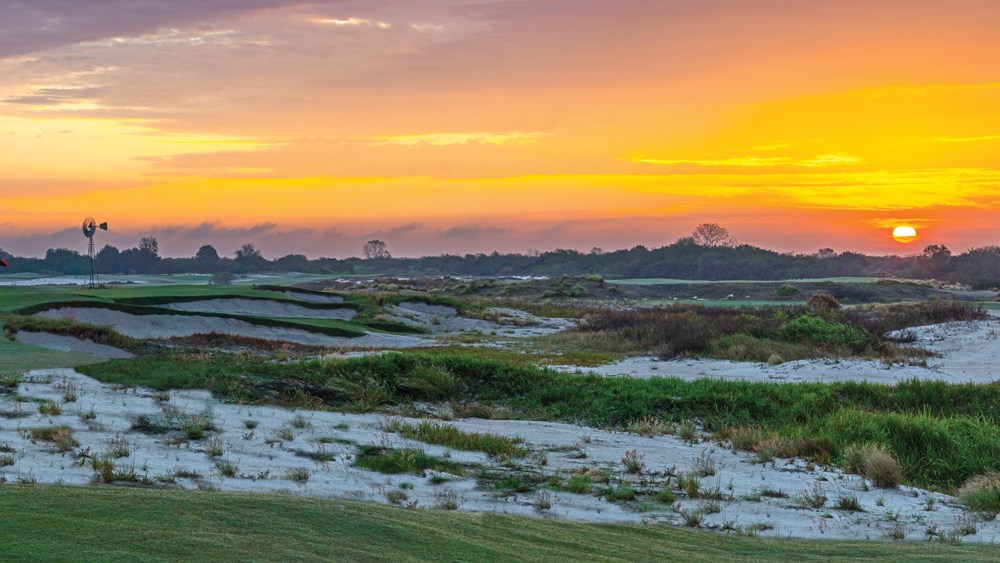 When architect Gil Hanse broke ground on a new project in 2015, he wasn’t simply creating a golf course—he was adding a third layout to what had become, in just a few years, one of the country’s top golf destinations. Streamsong Resort opened in central Florida in 2013, and its first two courses, Blue and Red, both earned Best of the Best accolades. Following up on two instant classics, Hanse proved worthy of the challenge, delivering this year’s Best of the Best–winning Black course.

Hanse, whose resume includes the Olympic course in Rio de Janeiro, Castle Stuart in Scotland, and Mossy Oak in Mississippi, was given a larger but flatter piece of land at Streamsong than course architects Tom Doak (Blue) and Bill Coore and Ben Crenshaw (Red). He used the terrain’s width to build extra-expansive fairways and big, bold, rollicking greens. The resulting course is playable—and enjoyable—for golfers of all skill levels.

The result is playable, and enjoyable, for players of all skill levels. Low handicappers will welcome the strategic challenge of finding optimal targets off the tee and hitting into large, segmented putting surfaces that drop-off severely around the edges. Average players will be comforted by the sight of acres of turf and the chance to perform with the putter. There are vast, rugged hazards to contend with, but they are largely pushed to the sides and shouldn’t be much of an issue unless the wind begins to blow—which it is certainly known to do—rolling over dramatic topography that was once devoted to phosphorous mining.

Unlike its siblings, Black has its own clubhouse, a practice area called the Roundabout, and a two-acre putting course known as the Gauntlet. Even so, while there may be plenty to occupy you after your round, the siren call of Hanse’s masterpiece may tempt you to head right back out and give it another go.