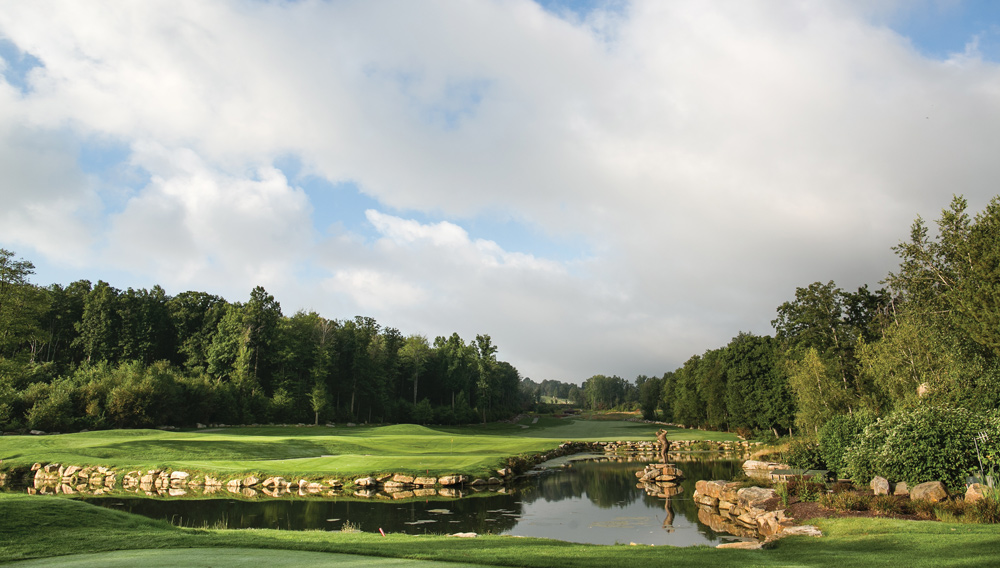 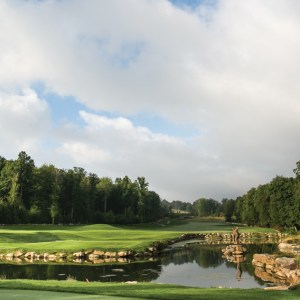 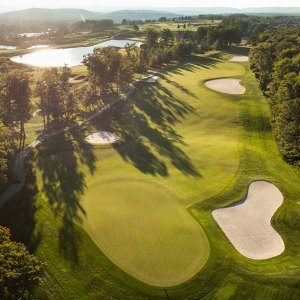 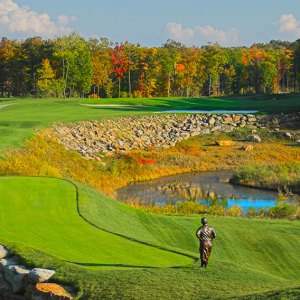 Pete Dye spins a new track at his mystical masterpiece in Pennsylvania.

When the Mystic Rock golf course at Nemacolin Woodlands Resort hosted its first PGA Tour event in 2003, the winner, J. L. Lewis, posted a final score of 22 under par. Lewis’s low mark was one factor that impelled the course’s designer, Pete Dye, to revisit the site in southwestern Pennsylvania and increase its difficulty by adding length from the championship tees. Dye returned to Nemacolin Woodlands again this summer, though his inspiration this time was not a pro but rather everyday golfers.

Dye’s July visit to the Laurel Highlands–area resort marked the beginning of construction for a new nine-hole layout he is building as an extension to Mystic Rock. The addition, which is slated to open in the summer of 2017, was dictated by demand: Last year, golfers logged 24,000 rounds at Mystic Rock during Nemacolin Woodlands’ six-month golf season. Accordingly, Dye designed the layout—which will cover 84 acres and measure just about 3,100 yards from the back tees—with amateur golfers and resort guests in mind.

Whether or not the new nine holes will be easier to play than the existing 18, they will “definitely be easier to build than Mystic Rock,” said Dye, recalling how his team moved 21,000 tons of rock to construct the original course before its opening in 1995. The new holes will feature sculpted greens, copious bunkers, and dramatic layouts punctuated by exposed boulders. “The third hole, a 210-yard par 3, will be stunning,” Dye said. “It plays slightly downhill, right to left, with a long view of Lake Paige in the background.”

Like the original course, the new nine will stay true to Dye’s philosophy of design. “The [original] layout is quintessential Dye, with generous landing areas off the tee,” said Dennis Clark, who served as the resort’s head golf professional for a decade. “But you have to place your drive to set up the next shot to an angled green. That’s what’s unique about Dye and why he’s an architectural genius: the way he designs approaches.”

In addition to the course, the resort is building a new community of cottages and single-family residences, which will begin construction in 2017. The development comes on the heels of a recent $30 million renovation that included the refurbishment of the resort’s 124-room Chateau Lafayette—a hotel designed to resemble the Ritz Paris. The project also saw the construction of a new holistic healing center, which offers a treatment dedicated to improving flexibility and range of motion for golfers of all skill levels.