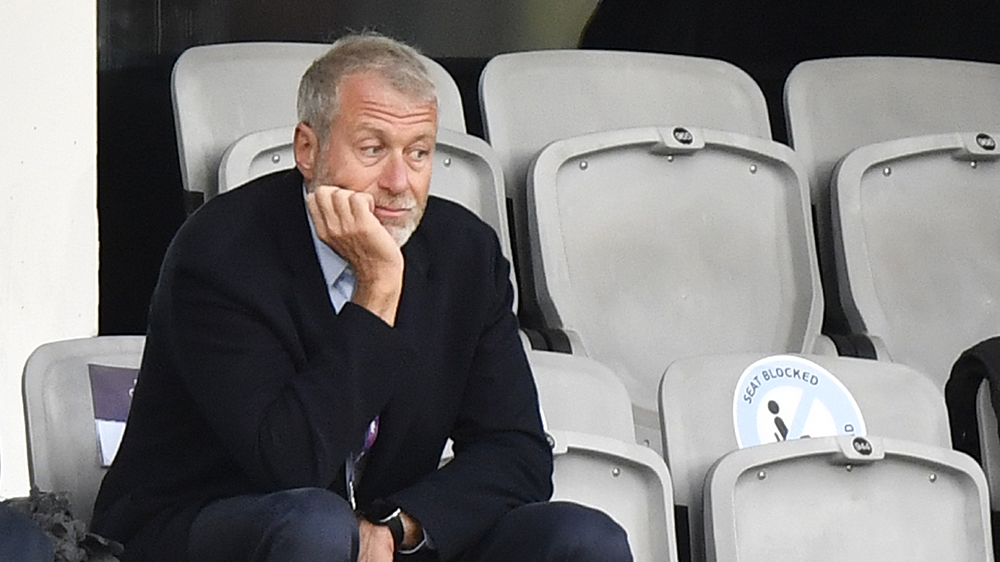 Roman Abramovich, Russian billionaire, Vladimir Putin confidante and owner of London’s Chelsea Football Club, has declined many offers to sell his professional soccer team in the past.  But the mounting pressure on Russian oligarchs in the wake of the country’s invasion of Ukraine appears to have changed his mind.

Abramovich shocked the soccer world on Wednesday when he announced plans to sell the Premier League club he has owned for the better part of two decades, reports The Guardian. The Russian businessman, who is said to want at least $2.5 billion for the club, said he will write off its debts and donate proceeds from the sale to victims of the war in Ukraine.

The unexpected decision comes amid growing calls in the UK Parliament for wealthy Russians to face sanctions following the country’s invasion of Ukraine. Abramovich has long been viewed as someone who amassed his fortune—Forbes puts his net worth at $12.4 billion—thanks in large part to his close ties to Russian President Vladimir Putin, according to The New York Times. He has pushed back against this characterization, but it has done little to quell anger, especially in recent days.

Many felt the threat of penalties was why Abramovich announced on Saturday that he was transferring the “stewardship and care” of Chelsea to its charitable foundation. If that move was an attempt to shield his ownership in the club, it doesn’t seem to have worked. On Wednesday, Labour party leader Keir Starmer directly asked Prime Minister Boris Johnson why the businessman had yet to be sanctioned. With little sign of pressure letting up anytime soon, it seems that Abramovich, who has previously rebuffed offers to buy the club, decided it was time to sell.

On Wednesday, a statement attributed to the billionaire was posted on the Chelsea website and social media channels saying as much.

“I would like to address the speculation in media over the past few days in relation to my ownership of Chelsea FC,” Abramovich said in a statement posted to the club’s website. “As I have stated before, I have always taken decisions with the club’s best interest at heart. In the current situation, I have therefore taken the decision to sell the club, as I believe this is in the best interest of the club, the fans, the employees, as well as the club’s sponsors and partners.”

The statement also said that Abramovich has no intention of fast-tracking the sale, but that he planned to write off the club’s debt, which includes roughly $2 billion he put into the team himself, and that he would not profit from the sale. Instead, proceeds will be used to set up a charitable foundation “for the benefit of all victims of the war in Ukraine.” The comments represent the oligarch’s strongest statement regarding the invasion, but do not explicitly condemn Putin or Russia’s actions. Moreover, reporting from The Guardian has clarified that some of the proceeds may go to Russian soldiers and their families.

The $2.5 billion asking price could drop depending on Abramovich’s urgency to sell, according to the Times. It’s steep but not outlandish, especially considering the team’s stature in the soccer world. Todd Boehly, who is part-owner of the Los Angeles Dodgers and tried to buy Chelsea for $2.9 billion in 2019, has been mentioned as a possible buyer, as has Swiss billionaire Hansjörg Wyss.

Abramovich purchased Chelsea in 2003 for $190 million. In the 19 years since, he used his vast fortune to transform the club into the seventh most valuable soccer team in the world, according to Forbes. Chelsea has also become serial winners during that time, claiming five Premier League titles, five FA Cups and winning both the Europa League and Champions League twice.